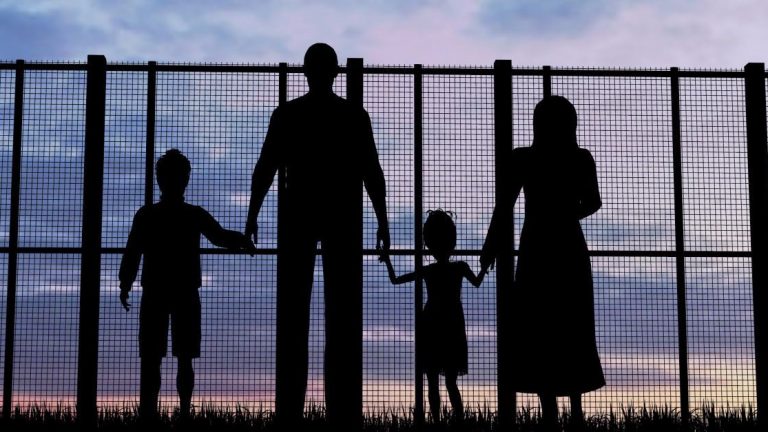 Jean Nsengiyunva’s journey to America from his birth nation of the Democratic Republic of the Congo took a long time. From the age of six, and until he was twenty-six, the only home he knew was a refugee camp in Uganda where his family had fled from tribal wars in their homeland. Yes, it took him twenty years to get here. It is also safe to say his journey is not over, even though he arrived in Indiana three years ago.

Fast forward Nsengiyunva’s fleeing of Congo in 1990 to September 26, 2019 and a poorly implemented Executive Order from the White House. The goal of the order was to give state and local governments the opportunity to opt out of participation in our nation’s refugee resettlement program. Clearly, President Donald Trump’s team was looking for some states to line up with them against continuing our role of welcoming those in need of asylum to America.

Lindsey Erdody did an excellent piece on the matter in the December 20 issue of the Indianapolis Business Journal.

The order initially gave states and localities ninety days to provide consent to the State Department that they wished to continue to participate in resettlement programs. Judging by the chants at Trump campaign rallies, surely it was a safe bet that at least some of the reddest states on the electoral college map would give the president what he wanted and walk away from the program.

The original deadline for states to provide consent under the order was ironically Christmas Day. Due to the lack of procedural clarity, the deadline has since been extended to January 21. But in December, a funny thing happened: 39 governors gave consent or notified the State Department of their intent to give consent to continue participation in the program. 17 of those states are some of the reddest of the red. States like West Virginia and Arkansas are among them.

Thanks to Governor Eric Holcomb, Indiana is staying in too.

In a December 13 letter to Cole Varga, Executive Director of Exodus Refugee Immigration in Indianapolis, Governor Holcomb wrote: “Our long tradition of welcoming and helping to resettle refugees with support from our federal partners, shows the world the compassion of Hoosiers and our willingness to give others the ability to grow and prosper in the great state of Indiana.”

That sounds about as “Hoosier” as anything I’ve read in a while. So, what’s the big deal? One aspect is that it was just a little over four years ago when former Indiana governor and current Vice President Mike Pence was the first out of the box to declare that Indiana was closed to Syrian refugees following the Paris terrorist attacks on November 13, 2015. Two dozen Republican governors quickly joined him. A long court battle followed regarding the authority of any state to make such a declaration, a battle that ended badly for Pence and others.

The final blow to Pence’s ill-advised ban was dealt by U.S. District Judge Tanya Walton Pratt on February 27, 2018. Pence’s spokesman responded to the final settlement by the court by crediting the Trump administration’s implementation of “proper security measures” as the reason why closing the book on the matter made sense at that time. Of course, that is just excruciating spin. The truth is that states did not have the authority to do what they did in 2015. Presumably, Trump’s September order gave them that authority, though the legality of the order is being challenged in court as well with the first hearing taking place next week in a federal court in Maryland.

Governor Holcomb could have waited a little longer to act. He also could have deferred to his predecessor and former boss. But he has shown his character on issues like this–I expected him to do the right thing here. So far, no other state has opted out either.

President Trump campaigned in 2016 on a platform of anti-immigration. It has evolved more clearly into an anti-foreigner position while in office. His team has conflated the issues of illegal border crossings, lawful visa programs, and asylum as all the same thing. They aren’t. Trump has unwittingly forced many Americans, in some unlikely places, to now learn the differences.

It is difficult to have confidence these days in things I once thought of as principles of American culture. Lately, the surprises have rarely been pleasant ones. So, when such a rarity happens, we should take notice of it, maybe even celebrate it.

We all should celebrate Jean Nsengiyunva’s journey. And Governor Holcomb’s leadership will help make it complete.