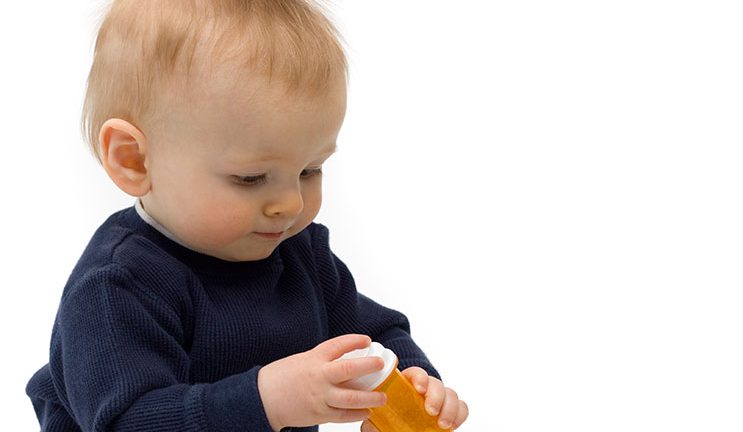 How many of us have ever heard of a Canadian doctor named Henri J. Breault?

Dr. Breault practiced medicine in Western Ontario and was the leader of a campaign to stop accidental childhood poisonings. Facing an epidemic of these poisonings, he first formed an alliance of physicians and pharmacists in the early 60’s to address the problem. By 1967, and with the help of Peter Hedgewick of ITL Industries, the “Palm N Turn” was developed.

The poisonings in the Windsor area immediately dropped by 91%. By 1974, the bottles became mandatory, and the other Canadian provinces and the United States followed suit.

Imagine. In my lifetime, there was a time when poisonous substances could be bought without even a thought of child resistant packaging. Aspirin was the big culprit then, not oxycodone or Percocet.

Remember the cyanide tampering with Tylenol in 80’s? Johnson & Johnson responded to that Chicago-based terrorism with reforms in packaging that are still praised as an exemplary public relations response to public health crises.

So, here we are in 2018 facing another drug scourge that is starting at the home medicine cabinet. And once again, modernizing our packaging is almost certainly part of the solution.

The modern opioid epidemic, heroin specifically, is growing from seeds planted by prescription drugs. Studies show that 70% of new heroin users started by pilfering through the medicine cabinet in their home or one of an acquaintance.

“Pilfering” is something we can do something about if we will just make the simple choice to do so.
State Sen. Jim Merritt has filed Senate Bill 339 in an attempt to make that choice. The bill is not all that complicated. It simply takes the undeniably successful idea that came from Dr. Breault over 50 years ago and translates it into modern use.

The bill would require that when an Indiana pharmacist fills a Schedule 2 prescription, that he or she offer to the consumer the use of a locking prescription vial for the dispensing of the drug. The lids on these new vials have a combination lock on them that only the prescription holder will know.

But here’s the catch: the drug manufacturers have to pay for the vials. The standard prescription bottle with the combination lock on it goes for the offensive price of 83 cents. That’s less than the cost of one pill of generic Vicodin.

Can you believe that the drug companies don’t want to pay that freight? Why should they? It’s not as if they have played a role in the current scourge or profited from it in any way. $5.2 million dollars is what bottling an entire year’s worth of all of Indiana’s Schedule 2 drugs in a locking vial would cost. That is if every prescription for an entire year in the state were dispensed this way.

I wonder how that compares to what these companies are being sued for in 41 states and more than 100 cities.

Can you believe that pharmacists in Indiana don’t want their workflow disrupted by this? The professionals that dispense these drugs are more concerned with the flow of their day than the magnitude of this crisis apparently. This same workflow argument was made on pseudoephedrine a couple of years ago. The legislature ignored them. The result of controlling that substance by law has had a dramatic impact on the reduction of meth labs in Indiana.

The legislature is good at some things and at others, not so much. This is something these guys can do that could actually make a difference. What makes this idea so great is that it is so simple. It’s not even a new idea.

Opioids should be viewed as poison today. They have their place and they are good at their designed purpose, but they are destroying lives and even communities when misused. Pilfering is the stealing of something without the victim knowing they were stolen from. Locking prescription vials eliminate pilfering. They don’t eliminate theft, but they do eliminate pilfering.

Just like the Palm N Turn revolutionized the war against accidental poisonings in the 60’s and 70’s, locking prescription vials can do the same today for pilfering.

The legislature just has to have the courage to do it. It needs to look everyone involved with the manufacturing, prescribing, dispensing and buying of these drugs squarely in the eye and tell them Indiana is going to do something about this. Right now.

Or we could wait another year. We could spend more time arguing over who it is to blame.

The risk is trivial. Last year the scourge cost Indiana $180 million. I think $5 million is worth risking this year.

This is something we can do right now. Haggling over the price is not a good reason to wait.