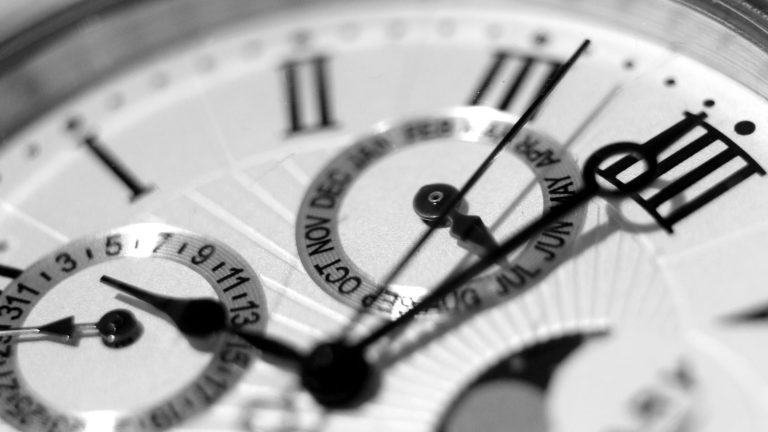 The Steve Miller Band wrote a simple song in 1976 with some simple solutions to some obvious problems. Most obviously in “Fly Like an Eagle” was the fact that time keeps on ticking, while unsolved problems persist.

I must have heard Republican Congressman Doug Collins say it a dozen times or more in the last week. “This isn’t about facts. It’s about the clock and the calendar.” Why does he keep saying it and what does he mean?  He is trying to make the point that the impeachment inquiry resulting in the adoption of two articles of impeachment of President Donald Trump by the House of Representatives on Wednesday moved too quickly.

Slow down. Let the courts help. Maybe, just maybe, the judicial branch will force John Bolton or Mick Mulvaney to tell us what they knew and when they new it sometime next year. Or the next.

Collins even found a constitutional lawyer to testify in the House Judiciary Committee last week with the same mantra. Jonathan Turley took the position that the inquiry might be on to something, but it is moving too fast and the courts could help congress get to the bottom of all of this.

“The clock and the calendar are terrible masters,” Collins said earlier in the week. “President Donald Trump’s conduct should be up to voters to decide,” he added.

There it is in brutal clarity. The main GOP strategy is to put off dealing with the task at hand as long as possible, either by waiting for courts to intervene, or to sell the idea that America is too close to an election for congress to actually do its job. Let voters decide. It sounds like an admirable position, until one realizes that it leaves the alleged constitutional violator in power for an additional year.

Remember the last time Trump was “cleared” of congressional action? It was July 24. That was the day Robert Mueller testified in congress and didn’t provide the bravado to impress upon Americans that Trump was dirty. The report said it. But his testimony fizzled. The next day, the president made the infamous telephone call to Ukraine President Volodymyr Zelensky.

I wonder what Trump’s final year of this term will be like if or when the U.S. Senate helps him also dodge this bullet.

This “wait till the next election” strategy of the GOP is an old one. Remember 2016’s version following the death of Associate Justice Antonin Scalia? Senator Mitch McConnell would not allow the senate to fulfill its constitutional duty to “advise and consent” on President Barack Obama’s nomination of Judge Merrick Garland to fill the seat. Obama had political options he could have used to pressure McConnell, but he chose to stand down.

That strategy worked like a charm for McConnell and the GOP. Trump and McConnell both won in 2016, and the court has been altered for a generation. McConnell was wrong in 2016. I believe Obama should have responded more aggressively. In the end though, Neil Gorsuch, not Garland, was appointed to the court.

Time has slipped into the future and Republicans have gone back to their old playbook. The facts in the Ukraine matter are not seriously in dispute. But without Nixon-esque tapes of Trump cancelling the military aid while loudly proclaiming “Zelensky gets nothing until he frames Joe Biden!”, Republicans think voters should decide how they “feel” about it next year.

It is not the way a “republic” works, including this one. The GOP wants voters to decide in the 2020 presidential election, in a form of referendum to voters. The question on the ballot might be: “did Donald Trump abuse his power and obstruct congress?” That could replace simply voting for president. Because as we all know, the “people” don’t decide who the next president is, the Electoral College does. The “people” didn’t choose Trump to begin with, since more “people” voted for someone else.

The courts have shown their inability to be helpful in a contextual way. If there is one platform where time stands still, it is in the judicial branch. If delay is what one wants, the courts never run out of it.

Collins’ and McConnell’s arguments for delay are disingenuous at best. They are more aptly described as dangerous and outside of the spirit of our form of constitutional republic.

As Steve Miller simply wrote all those years ago, “there’s a solution.” That solution is for congress to do its damn job, force the witnesses to appear at trial in the senate, then vote.