Top 10 Reasons for Optimism and a Truly Great 2018 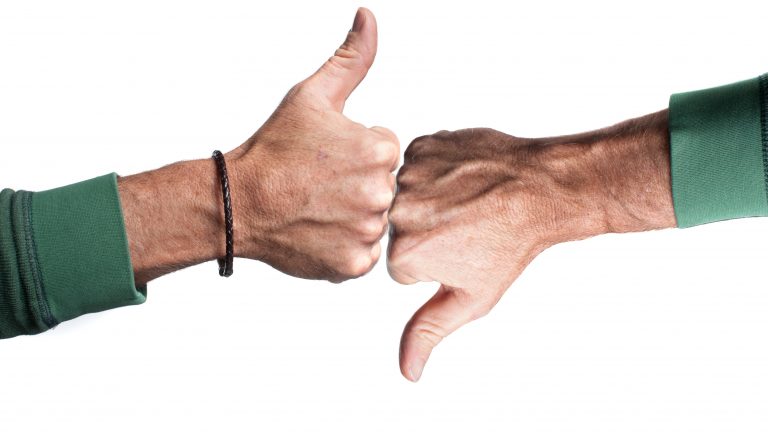 For those like me, who don’t care about New Year’s Day as an event, let’s talk about things to look for in the actual new year. 2017 was a bad year in many ways, and even for those of you who thought it was great, here’s a list of things that I consider my top reasons for optimism for a year that will be far better than the last.

1. U.S. Postal Service and the Indiana Bureau of Motor Vehicles.  Just this week, my household had two particularly pleasant experiences with these historic punching bags. Remember when they both sucked? I had to renew my passport in December, and the folks at the Andrew Jacobs Jr. Post Office treated me so well, I wanted to just hang out there. Then my wife got her car registered at the BMV in the same week. It took seven minutes, total. I can’t decide if this is a sign of the apocalypse or if this is progress, but thumbs up here.

2. Race Relations. Comedian Deon Cole, in the Netflix series “The Standups,” asks an excellent question: “Why can’t there be black Band-Aids?” From this white guy to that African American, I can only respond with “no shit.” 2017 was so bad on race relations, the optimist in me believes we have nowhere to go but up.

3. Sunday sales and cold beer. I predict Indiana will end its prohibition on Sunday alcohol carryout this year.  Let’s not forget that the catalyst for this momentum shift came from Jay Rick

er in his creative compliance with cold beer sales at convenience stores. The cold beer restriction is dumber than the Sunday sales restriction. So, in the interest of ending the contest for Indiana’s dumbest laws, why don’t we kill both of them this year.

4. Women. I predicted 2016 would be the year women would take political control around here. I was early. 2017 was the year.  Actually, 2017 was the first year of an entirely new order. I predict woman-power will grow for the rest of my days, and history will look back at this time as just one of many consecutive years of progress. Men should thank women for this. We needed this almost exactly as much as they did.

5. Meetings. Don’t misunderstand me here. I love getting together with colleagues, bosses, mentees,

even adversaries, and shooting the bull.  But let’s face it, most meetings are bullshit. When in doubt, schedule a meeting, right? I proclaim this practice as “so last year.”  In 2018, cut your total number of meetings by half. You will thank me, unless you are the problem.

6. Gregg Popovich. This East Chicago native and head coach of the San Antonio Spurs is becoming the Mark Twain of our time. When he speaks, which isn’t all

that often, everyone should listen. To the question of  “why give to charity?” this week he said: “Because we’re rich as hell and we don’t need it all, and other people need it. Then, you’re an ass if you don’t give it. Pretty simple.”

7. Kneeling, Pagano, Refunds. Of the things that offend me at Colts games, kneeling, in any context is not one

of them.  Chuck Pagano’s continued employment as the Colts head coach tops my list. I don’t have video to include here, but I am literally kneeling while I type this next sentence. I pray: may Sunday please be Pagano’s last day as coach? Can I get a refund if they don’t? Can I get Tim Tebow to pray with me? He’s already kneeling. 2018 will be a total fail without #FireChuckPagano prayers being answered.

8. Filet-O-Fish. I don’t know what is happening to McDonald’s sales figures on this one since it became public that The Donald scarfs them down like a pelican.

While I don’t eat them any more, I do endorse how delicious they are. Some disagree. No one argues they are a healthy choice. In fact, I haven’t talked with anyone who will argue they are even made of fish. Either way, stop eating this, Mr. President.

9. Victor Oladipo.  It has been really fun watching him take over I

ndianapolis this winter. I never liked Paul George. I was happy when the Pacers made this trade, even though I never predicted VO would turn it on like he has. Oh, and most importantly, Victor is not and never has been an asshole.  Which leads to number 10.

10. Asshole ratings. WittyBunny.com has a scientific algorithm to determine just what percentage of asshole you are just by looking at your Facebook profile photo.  I was rated at 0% asshole. The system referred to me as an “angel” and too nice for my own good. Clearly, their system is flawed. My trick to acing this system is simple: Esther Boston Photography did my pictures. She was able to turn me from asshole to angel in one hour of studio time (and then extensive editing).

That is the key message of the New Year though: don’t be an asshole.  And yes, I promise to keep working on it. I invite you all to join me.