A guide to whistleblowing, delivered by Frances Haugen 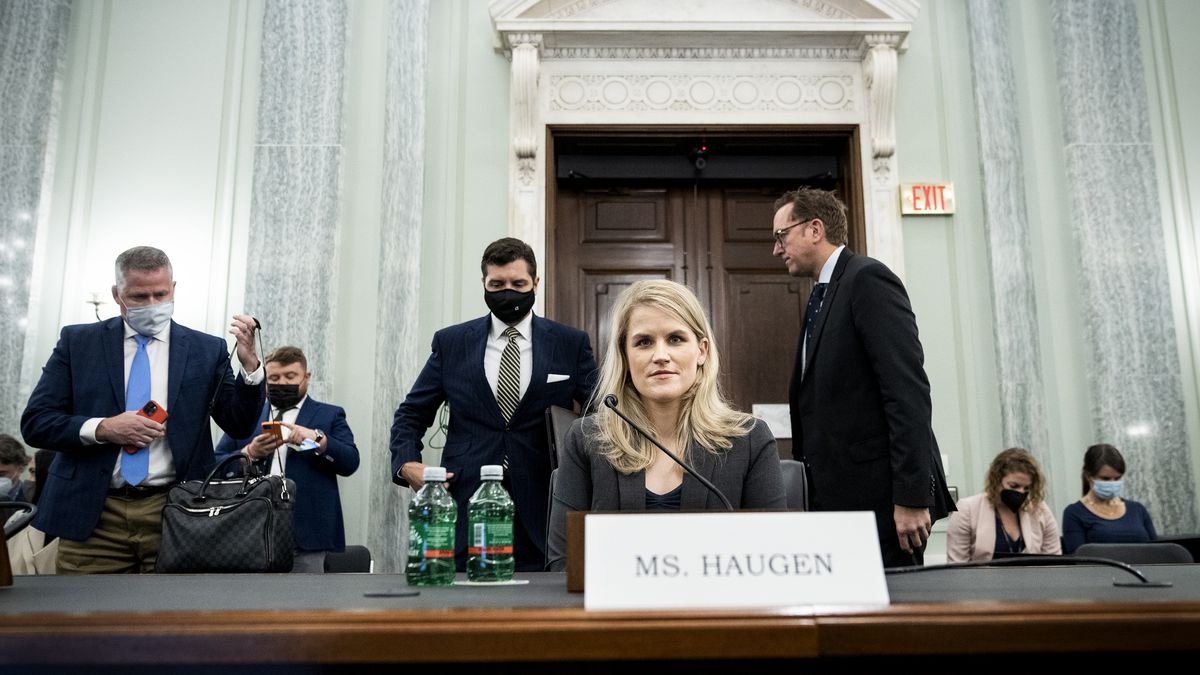 I admittedly had not paid any attention to last month’s series of stories in the Wall Street Journal about Facebook. These investigative pieces were inspired by an inside source at the company. She was anonymous at the time. The stories have since been adapted into a six-part podcast series. The anonymous source has since come out of the dark and given one of the more memorable 60 Minutes interviews I have ever seen. Two days later on Tuesday, she testified before a congressional subcommittee–a group of partisans that displayed a moment of unanimity that is so rare it was hard to recognize.

Frances Haugen is a whistleblower. She is much more than that, but as whistleblowers go, she is just about as good as it gets. She is an electrical and computer engineer, with an M.B.A. from Harvard. Her tech industry resume is impressive, having worked at Google, Pinterest and Yelp before coming to Facebook in 2019. At Facebook, she was on the democracy, counterespionage and civic misinformation teams. The titles of those assignments alone should help with the context of the social media company’s scope and reach.

Facebook was created in 2004 by Mark Zuckerberg and some of his classmates while they were students at Harvard. I encourage anyone who has not seen the film “The Social Network,” to take a couple of hours and do so. It paints a vivid picture of how the company began, and specifically the type of person Zuckerberg was seventeen years ago. The fictional version of the young, arrogant and corrupt 20-year-old college student looks strikingly similar to the 37-year-old household name we are all painfully familiar with today.

He owns 60% of the shares of a company that is worth almost a $1 trillion. That is power. And more so than anything else, that power is the problem.

The platform has 2.8 billion users.

On Monday, the company had a service outage that lasted for six hours. That outage was experienced by at least two other platforms that Facebook also owns: Instagram and WhatsApp. The latter is a messaging service that many use in America, but internationally, there are entire countries that use the platform almost exclusively as their means for text messaging. In other words, the outage didn’t just block our ability to see pictures of babies and puppies, in many cultures, it was economically paralyzing.

Facebook’s stock price fell nearly 5% on Monday, which reportedly caused a personal loss to Zuckerberg of approximately $6 billion. As bad as that day was, the subcommittee hearing on Tuesday was, in my opinion, worse for him.

Sen. Richard Blumenthal (D-CT) chairs the subcommittee of the Senate Commerce, Science and Transportation Committee that held Tuesday’s hearing. The ranking minority member is Sen. Marsha Blackburn (R-TN), who I find to be one of the most disagreeable and partisan members of congress. She wasn’t any such thing on Tuesday. The two appeared to be teammates, united in their intolerance of the company’s targeting of young people to become reliant, or even addicted to their platforms, and the company’s algorithms that are designed to keep users engaged by tapping into and exacerbating their anger.

After the hearing, Blumenthal said, “If you closed your eyes, you wouldn’t know if it was a Republican or a Democrat” who was speaking or questioning the witness.

And Haugen was spectacular in the way she communicated complicated information in an understandable way. Her credibility soared as she patiently dissected concepts like “engagement-based ranking” and “meaningful social interactions” or “M.S.I.” for the subcommittee.

For the first time, I finally had a feeling that the people who had resisted learning about the scientific dangers of social media platforms were entering that phase where they are “on to them.”

That’s step one. Hopefully, it is the end of the beginning for Facebook.

Many of the headlines of the week read that “Facebook put profits over safety.” The list of companies that do that is a long one though. The real difference here for me gets back to the issue of power.

There is no power in America like market power. I have dealt with the issue many times in my career. And it is instinctive for companies to strive to achieve it, and when they get there, they often don’t know what to do with it besides continue to grow it. Facebook got there fast. Too fast. So fast, that government intervention was inevitable long ago.

Understanding their algorithm strategies are difficult. Fighting their power will still be the bigger challenge.

Frances Haugen got us off to a good start.