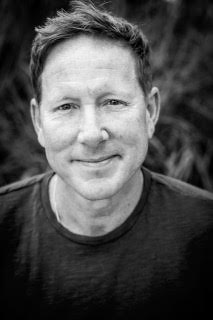 Indianapolis, Indiana’s Michael Leppert is a lecturer at Indiana University’s Kelley School of Business, an adjunct professor at IU’s O’Neill School of Public and Environmental Affairs, a columnist and an author. He received his B.S. in Public Affairs from IU and his M.S. in Communication from Northwestern University. He is proud to have spent his career working within his chosen fields of study–government and communication.

Flipping the Circle, published by Greenleaf Book Group in November of 2021, is his second book, and first novel.

Immediately following his time as a student at IU, Michael went to work for the State of Indiana. His government career began at the Indiana Boys School, leaving there after five years as the program manager in the Intensive Treatment Unit (Maximum Security). His next eight years were significantly different as a manager at the Indiana Utility Regulatory Commission. The last five years of his public service were spent as the Executive Director of the IURC.

It was in this role that his ability to communicate broadly began to shine. Explaining complicated subject matter like utility markets and regulation to large groups of interested and often angry people gave Michael a long list of unique experiences. Whether the discussion covered transitioning monopoly markets to competitive ones, or system vulnerabilities due to Y2K (remember that?), the audience varied not only from day to day, but moment to moment.

And that is what he loves doing the most: providing clarity to people who need it.

He left state government in 2002 and has used these skills as a communications and governmental affairs consultant to hundreds of clients ranging from corporations like Coca Cola and Walmart to nonprofits like the United Way and The Nature Conservancy.

Michael began writing a weekly column published in newspapers throughout Indiana in 2014. His first book, Contrary to Popular Belief, which chronicled his early writing, was published in 2016.

In 2019, he was thrilled to be invited to serve as an adjunct professor at his alma mater, Indiana University’s O’Neill School of Public and Environmental Affairs. Teaching has been a discovery for Michael as another valuable outlet for his storytelling passion.  His recent graduation from Northwestern’s Master of Science in Communications program has further clarified and energized his passion of solving problems through storytelling for as many people as he can possibly reach.

Michael and his wife, Amy, are both competitive golfers, beach walkers, and lovers of live music, comedy and theater. They live in a historic neighborhood in downtown Indianapolis with their rescue dog, Birdie, and have two adult children, Alex and Jack.