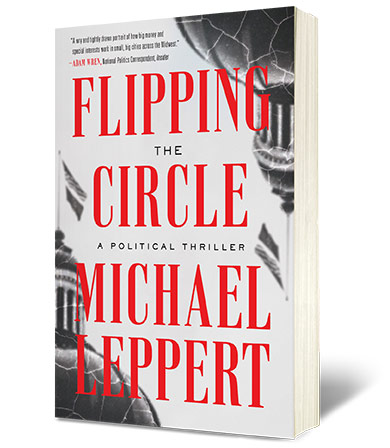 What They Are Saying

“A wry and tightly drawn portrait of how big money and special interests work in small, big cities across the Midwest.”
—Adam Wren, National Politics Correspondent, Insider
“Alarming, shocking, and educational, but sadly, I’m afraid this is what’s happening in too many of our states.”
—John Gregg, former Speaker of the Indiana House of Representatives
“Michael Leppert offers an informed and detailed account of the good, the bad, and even the ugly of government and politics and how it works. His insights, enlightened by his years in the Indiana political arena, reveal how fragile yet strong the democratic process is, and how the fight for good is often disadvantaged but can ultimately prevail.””
—Andrew Stoner, PhD, author, and professor
Buy on Amazon
Buy a Signed Paperback
Buy on Audible
Buy on Google Play

Scenes From The Book

“People don’t often think of corruption or white collar crap having an actual crime scene, but the Winner’s Circle was the scene of this one.” 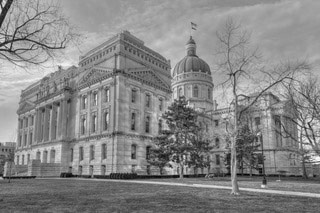 “The Indiana Statehouse is a grand structure. It took a decade to build beginning in the 1870s. It used to have basement stables for legislators and other VIPs to park their horses and carriages. There are still parts of the stables in the building’s lower level where the brick shape of the walls leave evidence of them.”

“The month of May meant one thing: the Indianapolis 500. I am a race fan. That is not the same as a racing fan. I don’t watch other races. I don’t care about them. For me, the 500 is the only race.” 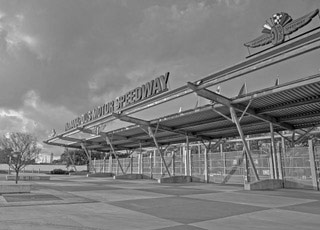 “…the Athenaeum is a big old red brick building that was built in the late 1800s and is now a National Historic Landmark. It was originally called Das Deutsche Haus, but the name was changed in 1918 after the US declared war on Germany, and along with it, war on German culture…” 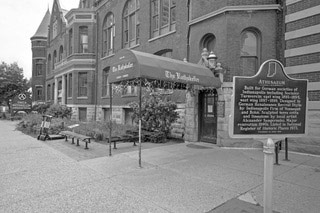 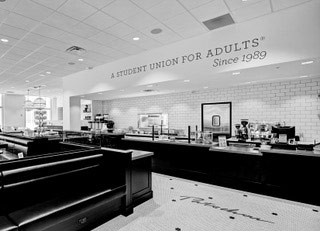 “I would eat at Patachou with the Devil himself, look him in the eye and order the Overachiever Omelet because of the fresh horseradish that’s in it. I wondered what the waiter would say if I asked for extra horseradish. Someday soon, I’d find out.” 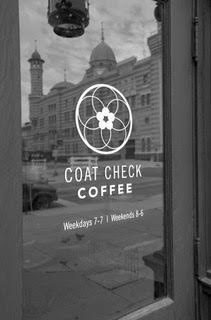 “Down the hall from the entrance to the Y is a large lobby area that went unused for many years where some young entrepreneurs opened up a coffee snob joint called Coat Check Coffee. Yeah, that’s what the area was known for before these guys moved in earlier this year. It’s a good place to hang out, has good WiFi, windows, and plenty of space. And I love high ceilings…the young guys running this place picked a great spot.”

“Iaria’s is on the southeast side of downtown on the edge of Fletcher Place. It’s my favorite Italian joint in town. Actually, it’s my favorite joint of any kind . . . in any town. The place and its food might be more of an addiction than a preference, but I digress.” 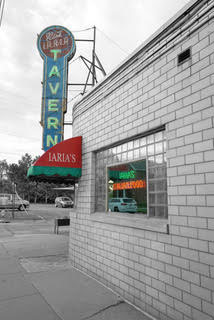 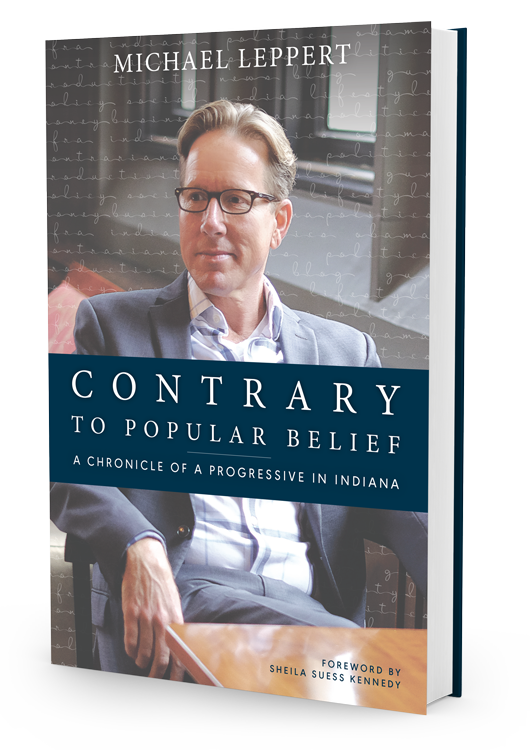 “More than once I’ve read Mike Leppert’s column and thought, “I wish I’d written that.” When that happens I’m both thrilled and a little disappointed. Thrilled because Leppert’s turned the subject and made me think differently. Disappointed because I’ve written newspaper columns for a long time and Leppert’s a lobbyist. It’s not fair that he’s so good at lobbying and column writing.

The disappointment’s short-lived, though, because Leppert’s doing something I wish more writers did—he’s made me think. Too often we’ll let the “conventional wisdom” determine our viewpoint, especially in things politic, and all that means is we’ve given up thinking critically about the day’s issues. Leppert’s writing shakes us all up from time to time, and I’m OK with that.”

“Mike Leppert describes himself as an ‘opinionated smart ass.’ He’s wrong. He’s a knowledgeable opinionated smart ass — and that makes all the difference. Mike knows state government inside out, having worked as executive director of the Indiana Utility Regulatory Commission before joining the ranks of the lobbyists. He knows the players in the legislature, the executive branch and the media and isn’t afraid of of offending any of them. As a former member of the Statehouse press corps myself, I loved it.”

“Mike Leppert’s columns are about far more than just good writing and snark, although that certainly makes them entertaining to read. Instead, he provides a unique perspective as a lobbyist who knows the people making key policy decisions and yet remains unafraid to question the status quo and challenge those leaders to do better for Hoosiers. Still, Mr. Leppert is at his best when he writes not as an insider but as a citizen simply trying to learn more about his community, its institutions and its people and sharing his stories along the way.”

“The Contrarian (Mike Leppert) has the balls to write honestly about the toughest issues. You may not agree with him but you will at least engage in the discussion.”

“On any given day spent in the vapid halls of the statehouse, Leppert will approach me with a piercing grin and I know three things are about to happen: 1) I’m about to get a razor sharp perspective on the issue of the day 2) I’m going to think about something differently, and 3) I’m going to laugh out loud in the process. Contrary to Popular Belief reflects Leppert’s thoughtfulness and wit on matters of policy and politics; a perspective that is driven by reason, pragmatism, and the idea that political discourse must be more than a memorized list of partisan answers to complicated questions.”