When deportation is actually a death sentence 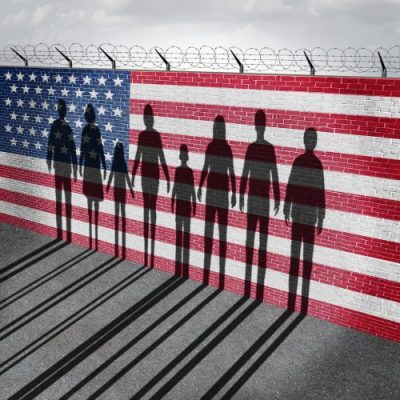 I only heard the story of Jimmy Aldaoud a couple of days ago. My wife mentioned it to me this week, assuming I knew all about it. Nope, I had missed it completely somehow and that is odd for me. Aldaoud’s story is admittedly one I am naturally drawn to.

The news of his August 30 funeral was detailed in an article written by Sarah Rahal for the Detroit News. It is a tough story with a sad ending. There are so many awful stories these days, particularly those surrounding the darkness hovering over us regarding refugees, immigrants and decency. But I watched and listened as my wife read part of this one to me and it just sounded worse coming from her. It sounded more painful. More cruel.

Jimmy Aldaoud was a Detroit man who came to America as a one-year-old child with his parents in 1979. His parents had fled Iraq to Greece a year earlier and were granted asylum in the U.S. as persecuted Catholics. They were Chaldean Iraqis, an ancient sect of the Catholic Church that has been historically persecuted in the Middle East. The family fled Iraq in between wars.

The man’s American story began with his family settling in Detroit. His parents went on to have three daughters there, all of whom are citizens by birth and the parents went on to become citizens too. But Jimmy’s mental illness made his ability to comprehend the citizenship testing requirements impossible.

His bipolar and schizophrenic conditions contributed to a series of low level criminal convictions. These convictions led to his initial removal order in 2005, though the travel papers for his deportation to Iraq never came through. When he was arrested on a larceny charge earlier this year, he was abruptly deported on June 2. His family was not aware the deportation had occurred until he was able to contact them from the Iraqi airport.

Jimmy didn’t speak Arabic or Aramaic. He never lived there. He had no prospects for taking care of himself, specifically his diabetes. A little more than two months later, on August 6, Jimmy was found dead.  Elected officials, including U.S. Rep. Andy Levin, worked to have his remains returned, which arrived on August 30. His funeral services were held that day in Southfield, Michigan. He was buried next to his mother who had passed away five years ago.

His story is just one story. He was sent to a country that was never his home. He had never even been there before his deportation. The reason he was sent there was not because it was where he belonged, but because the current administration just doesn’t want him here.

Jimmy was a 41-year-old man who had lived in America for more than 40 of those years. He had plenty of problems that had no easy solutions. But he was one of us.

So often today, people say things like “that’s not who we are” when difficult situations are handled with a thoughtlessness that leaves us full of shame. But this actually is who we are, isn’t it?

There is no viral coverage of this particular story, or the more broad story that Sarah Rahal did on August 6 that details the rather unique situation regarding Iraqi nationals in Michigan. There should be. Bad decisions are less likely to be made the more we all learn about the complexities that are possible when it comes to asylum. Ignorance should not be the reason we do things like were done in this case.

Immigration officials claimed Jimmy had “a full complement of medicine to ensure continuity of care” when they abandoned him at the airport. That is probably why he survived in Iraq for two whole months.

The America that accepted his family into our nation in 1979 with a promise of a better life is not the same country that broke that promise to them this year. What happened to us in those 40 years? Aren’t times better today than then? The Cold War is over. Our economy is allegedly the best it has ever been. Unemployment is at an historic low.

Yet we have found a way to be more hateful than we were then. Hateful enough to sentence a sick man to die by knowingly sending him to a foreign land incapable of caring for him at all.

If Jimmy’s story doesn’t disturb you, find someone you love and have them read it out loud to you with a lump in their throat. It might do your soul some good.