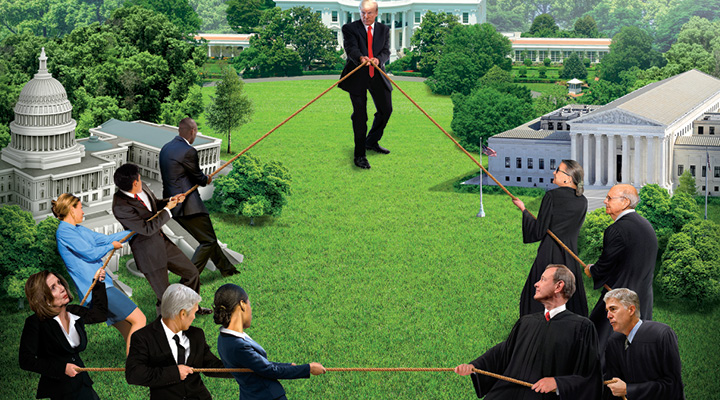 The U.S. House Select Committee on the January 6 Attack has issued some subpoenas. Investigations of any significance usually include subpoenas. Whether it is a local prosecutor looking into a stolen bicycle, or a U.S. Attorney prosecuting a years-long investigation of organized crime, the subpoena is such a commonly used tool that most Americans just assume that receiving one compels attendance and participation.

Add this to the list of things the Trump years has exposed as not really meaning all that much: a congressional subpoena.

When control of the U.S. House flipped from the Republicans to the Democrats in the 2018 election, the tone and depth of investigations by our legislative branch into actions by our executive branch obviously changed. Many selectively forget that the largest investigation into the prior administration, the Mueller investigation, was not initiated or led by Democrats. Even so, the White House never fully participated in it, investing entirely in obstructing it from the beginning. And of course, that strategy worked.

So, when the infamous Ukraine phone call that led to President Trump’s first impeachment occurred, the day after Robert Mueller testified before congress, a whole new episode of obstructing a congressional investigation by the White House began. Partisans immediately reduced the matter to politics, which successfully clouded the public’s view of what really matters. Does our legislative branch really serve as a check on the executive or not?

What is this “privilege?” First, it should not be confused with some sort of “immunity,” which is the confusion that seems to have become pervasive in Trump’s world. The doctrine of executive privilege allows the president, or the executive branch to withhold documents or information from a compulsory process by the legislative or judicial branch. It is important to note that we only have one president at a time in America, which means that the privilege only pertains to that president, not any prior one. It is also important to note that the privilege has historically been used when providing the documents or information would impair government functions that are in the public interest.

“Public interest” is a concept to which Trump also caused what may be irreparable harm.

The U.S. Constitution does not mention congressional oversight power of the presidency or executive privilege, though the U.S. Supreme Court has established that both logically exist through the constitution’s separation of powers doctrine.

None of this applies to any former Trump officials who clearly do not want to fully comply with the recent subpoenas issued by the January 6 Committee. Steve Bannon’s claim of executive privilege is particularly hilarious, having been fired from his job with the prior administration in August of 2017, after serving just seven months. His claim of this privilege more than four years after he was canned, and nine months after power was transitioned away from the man who fired him, stretches the bounds of even a comedic attempt at claiming the privilege.

The problem with the absurd claim is that it will take a court’s intervention to quash it. I’ve written it before and will do it again now, the judicial branch has been an accomplice to the Trumpy approach to simply refuse to comply with anything. The specific court will take way too long and give the absurdity way too much deference and in the end what will become more clear than anything is that a congressional subpoena has been rendered meaningless.

Which is worse? That having ever served at all in any presidential administration at any time in history means one no longer has to pay parking tickets? Or that congress really doesn’t have any effective tool for oversight of the executive branch and that the whole “checks and balances” mantra we grew up assuming was true was really just bunk?

Both are bad. Bannon probably thinks he is immune from parking tickets, and I am curious how long it would take for a court to rule otherwise. But if congress doesn’t have the oversight authority most Americans once believed it did, we now have a much bigger problem. And at a particularly fragile moment.

As much as anything else out there that is threatening our democracy, I put this one at the top of the heap.

The committee may find that Trump’s team was too incompetent to organize the attack that day. But in the process of obstructing the investigation, the prior administration might be attacking us even more deeply.