Gerrymandering is a squeeze on the moderate voter 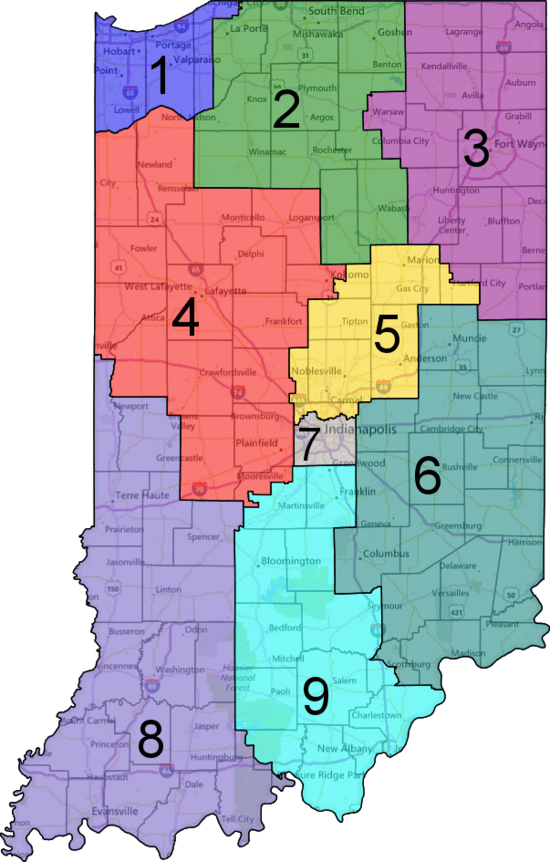 “Gerrymandering” is one of those awkward, made-up, and uniquely American words that has forever scarred the English language. What does it mean? It means strategically drawing legislative districts to benefit the political party in charge, immediately following the results of the latest, constitutionally-mandated census. Whew! Its definition is more awkward than its name. In more efficient and practical terms, it is America’s legal method of tilting the scales of power.

Women4Change Indiana recently commissioned a study of the recent history and methods used for legislative map drawing in the state. Why? Let’s be honest, women are more engaged voters than men. The study was done by Dr. Christopher Warshaw, a Stanford educated professor of political science at George Washington University. It was released in June, and for political junkies, much of the report was unsurprising. There is one big exception, though. Dr. Warshaw has the ability to evaluate any proposed maps by the Indiana General Assembly in almost real time, giving legislators and the public the opportunity to see them before they are passed into law.

Impressed? Again, political junkies know that historically, no one on the outside really knows what the new maps mean for voters until well after the decision-making on them ends. The complicated matrix is always drawn behind the proverbial closed door in the proverbial smoked-filled room, and then cast upon the legislative body made up of those who only really care what it means for their isolated political futures. Dr. Warshaw’s report shows how he can evaluate any proposed map quickly enough for the members of the General Assembly and the public to know what’s on the table before it’s passed. Imagine that. We actually could do this in Indiana far better by just giving the process a few extra days of transparency, and a good dose of science.

What is often lost in the mudslinging that happens every ten years is an objective discussion of who gets hurt most by gerrymandering. In Indiana, most assume it is Democrats, because the maps are drawn by Republicans. But looked at more objectively, the demographic that is hurt in any state by gerrymandering today is that endangered species known as the moderate voter. When a district is drawn to contain 70% or more of either political party, then the winner of that election in the fall has largely been decided when the majority party nominates its candidate. And in a district that is skewed that extremely, the primary process always favors the most extreme candidate within that party’s ideology.

When was the last time a moderate Republican beat a staunchly conservative one in a heavily tilted Republican-drawn district? I don’t know. Even in Indiana, I don’t know when or if it has happened with Democrats either. It just doesn’t happen. Oh sure, I will hear from folks who talk about an extremist here or there who tried and failed to take out a long serving incumbent. But gerrymandering primarily serves incumbents first.

That is what Indiana should expect to see later this year when our legislature redraws its district maps: the political protection of the existing members of the body. That is priority number one. And the super-majorities in both the House and Senate will be fortified. Yes, in this regard, the elected officials pick their voters. But what follows are vacancies in those offices that come from retirements or death in between redraws. And that is when every red or blue seat becomes redder or bluer.

It’s not just the media battles of CNN and MSNBC versus Fox News and OAN driving our polarization. Our processes themselves are doing it–redistricting specifically.

We can change it if we want.

Updating the maps is necessary so that the number of people each state legislative and U.S House district represents are similar in population. It is not unique to Indiana. In Illinois, it works the same way, with Democrats doing the manipulating. 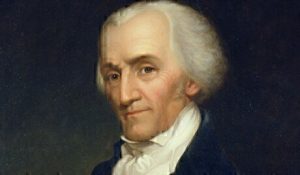 Gerrymandering was made famous by Massachusetts Governor Elbridge Gerry, when he signed the law in 1812 creating the new maps in that state. One of the districts looked like a salamander, and by combining that descriptive with the governor’s name, the word “gerrymander” was born. The wild looking map accomplished its goal for the Democratic-Republicans in Massachusetts. They flipped several seats that had been previously held by the Federalists.

Governor Gerry was a founding father, a signer of the Declaration of Independence and the fifth Vice President of the United States. But his legacy is synonymous with one of the worst practices in American government. One we still haven’t overcome.