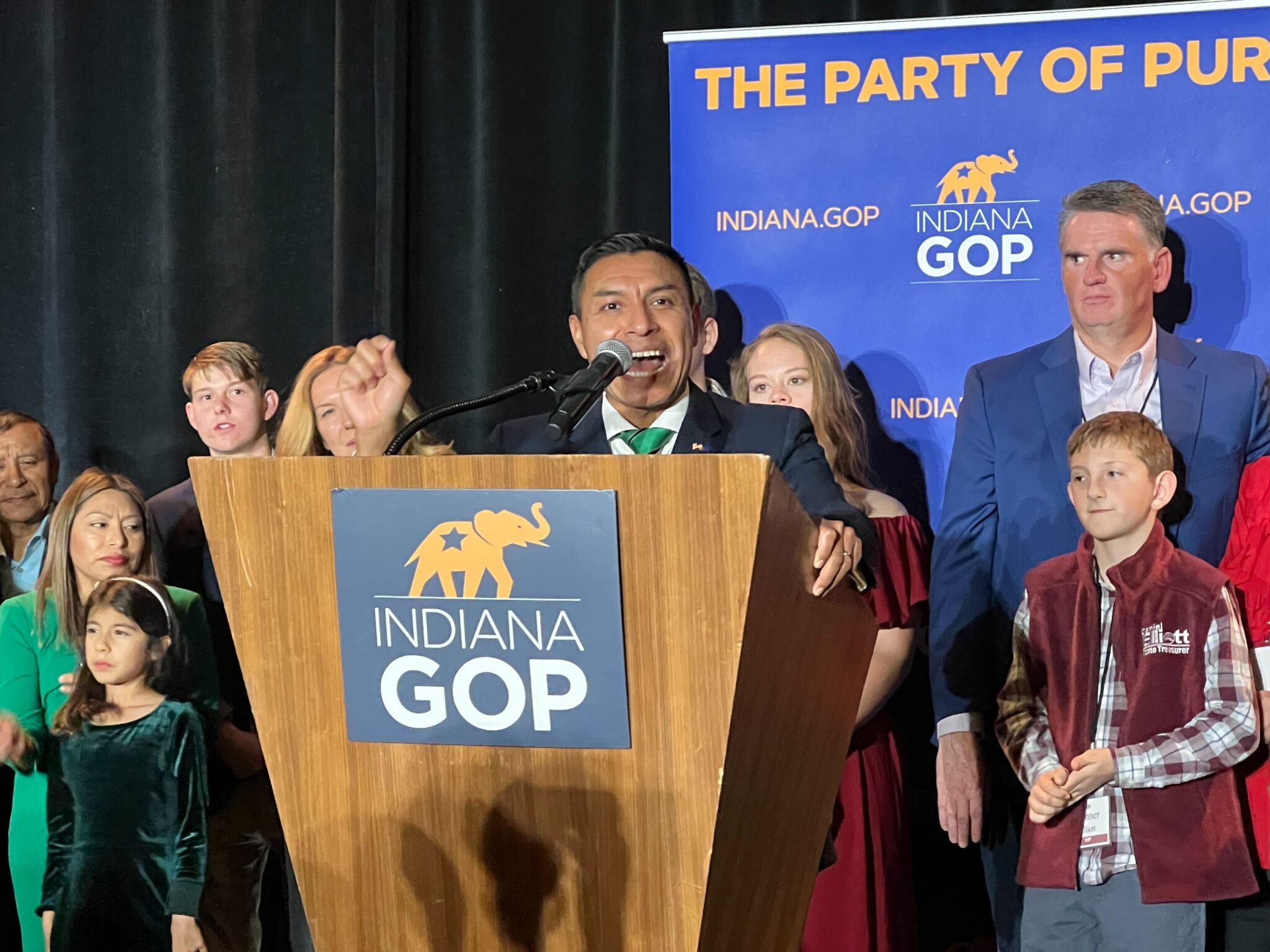 As I write, votes are still being counted in many places across America. That vital process, which has defined who we are since the dawn of the republic, had a big night Tuesday. So did voters.

In most places, that is. Just not in Indiana.

It would be easy to interpret that opening as just the ranting of a left-of-center voter who wanted different partisan outcomes. Yes, there were plenty of candidates I was rooting for, and some I voted for, who lost on Tuesday. I’m used to that here, living in the deep-blue population center of the state in Indianapolis, while being surrounded by a sea of red counties. Nationally, things more often ebb and flow from cycle to cycle based on the circumstances at hand, including this year.

What happened this week in Indiana is different though. It is also relatively unique. Diego Morales was elected as the Indiana Secretary of State.

It shows that the worst statewide candidate that I have ever seen on a ballot here only loses about five percent of Hoosier voters for being the worst, according to the Indiana Election Division. Five percent, compared to GOP U.S. Sen. Todd Young’s winning margin at the top of the ticket.

Those problems were publicly known before the credible allegation against Morales that he committed voter fraud in 2018 was made in the last week of the campaign, as detailed by James Briggs in the Indianapolis Star. That’s right. Voter fraud–by the candidate who wants to be the chief of elections in Indiana. That should cost him, right?

There was a time in our politics that these kinds of things could and should tank a campaign. The reason it should is because elections are analogous to a hiring. Of the roughly 54% of Hoosier voters who voted for Morales on Tuesday, I’m curious how many of them would hire him for a job of any significance given the above details. I know I wouldn’t.

At least the other worst-candidate-of-the-cycle, Georgia Senate candidate Herschel Walker, is talking in terms of redemption for the resumé catastrophes he’s dragging around. Not Morales. He calls the voter fraud allegations “old news.” In politics, 2018 is not “old” or even beyond the statute of limitations for the criminal allegation. And if it is “news,” I can’t help interpreting that part of his comment as a confession.

He will start his new job under the cloud of a certain investigation of at least one alleged crime. In other “old news,” former Indiana Secretary of State Charlie White, also a Republican, won his election to the office in 2010, took office in 2011 under a similar cloud, was convicted of six felonies in February of 2012 and removed from office. He was convicted of theft, perjury, and wait for it, voter fraud. So, yes Indiana, we have seen this act before. It is starting to feel more like a feature of GOP secretaries of state, not a bug.

And this kind of thing, in 2022, will cost such a candidate exactly five percent.

Still, it only cost him five percent.

It will be remembered for Americans voting for something as basic as democracy itself.

But that’s not what happened in Indiana. Hoosier voters outdid themselves this time. The state announced to the nation the depth of its shallowness, its disengagement in its own government, and most of all, its ignorance.

I wrote a few weeks ago about how people often say things like, “voters are smarter than you think.” Some certainly are. How many though?

Around here, about five percent.