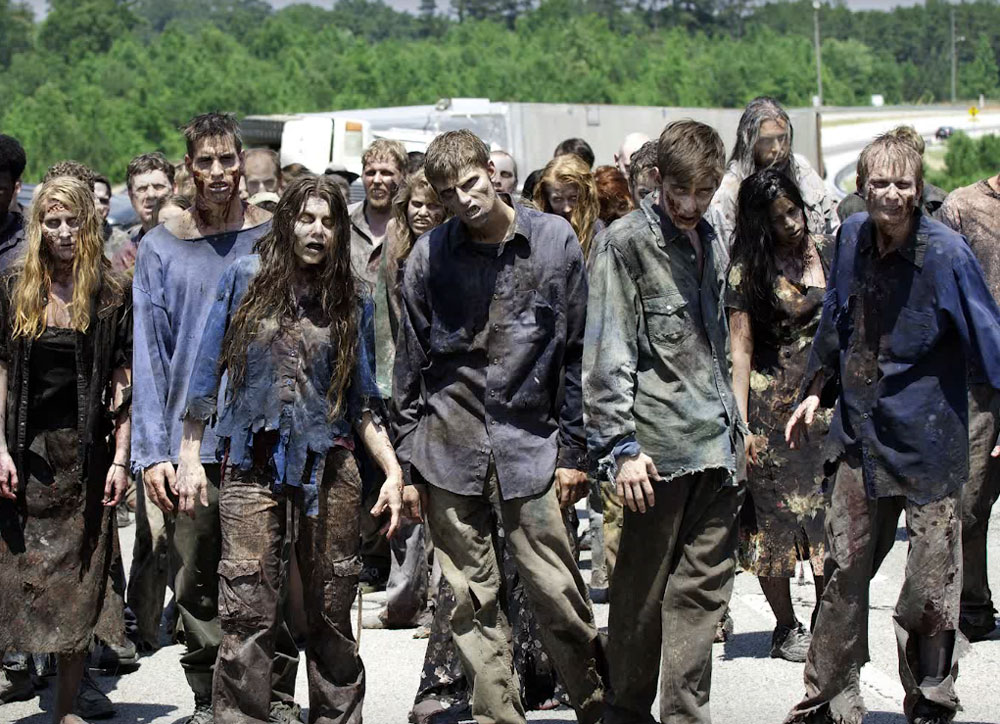 I am not a fan of zombie flicks. It has always been a genre featuring human-like beings that just weren’t complex enough to be interesting. A zombie can’t be reasoned with. A zombie can’t understand things. All a zombie wants, its singular purpose, is to eat brains.

The other reason I don’t watch zombie shows is that I have always considered those creatures to be metaphors for addicts. An addict’s world revolves around the addiction, whether it is drugs, gambling or any other compulsive, all-consuming purpose. I know a little about that sort of thing. The fog that consumes a person in the throes of addiction robs that person of his or her ability to reason, to understand things, to think.

Americans addicted to belief in “the big lie,” and the unconditional defense of those responsible for all of its components, are in a zombie fog.

The January 6 Committee began telling the story of its work Thursday night. By the time it took its first break, an hour into the opening hearing, I was nauseous. This was not a protest or a riot. There is no serious “counter-narrative” available for the offering. It is clear from the volume of new information presented in the first two hours of the committee hearings, a story in which Americans have already received mounds of data, that this is big enough to justify the all networks, prime-time display. It is now clear that it is far bigger.

It is irrefutable documentation of history.

Rep. Jim Banks (R-IN 3rd District) gave an utterly shameful and embarrassing interview to Kaitlin Lange of the Indianapolis Star that was published a couple of hours before the start of Thursday night’s hearing. “There’s never been a committee like this…completely partisan, one sided without the voice of the minority to ask questions that reflect our point of view, our side of the aisle,” he said. That statement relies on his assumption that Americans, Hoosiers, won’t remember how the January 6 Committee, in its present form, came to exist.

Those addicted to former President Donald Trump, his cult of personality, and the ongoing irrational devotion to all of the things he represents are the zombies of which I refer. There is nothing for Rep. Banks to share that will “reflect” the minority’s “point of view” that will change the facts here. He called the hearing, and its prime-time placement, a “spectacle.” Uh, yes, congressman, the hearing certainly was “a public show or display, especially on a large scale,” as the word is defined. No need for your partisan sarcasm.

“There will come a day when Donald Trump is gone, but your dishonor will remain,” were the words Rep. Liz Cheney used when referring to members of congress attempting to defend the indefensible, like Banks. I am a little, and only a little, curious what Banks means when he tells the Indianapolis Star that Trump “did nothing wrong” that day. At a minimum, Rep. Cheney made it clear that at no point during the insurrection did Trump make any single call to defend the capitol. He watched it on television like the rest of us. For a Navy man like Banks, maybe he will understand it in these terms: Trump gave up the ship.

I read a fascinating take by New York Times columnist, David Brooks, on Thursday morning. His viewpoint was that the committee’s work should be focused on the future and that the committee’s goal should be preventing a similar thing from happening in 2025, 2029 and so on. I agree with that. However, if those responsible for what happened in 2021 are not held to account, I don’t see how Brooks’ goal can be met.

History is the easiest audience for the committee. In this case, what makes it easy is the tense of the ordeal. Yes, January 6, 2021, is past tense. But the ordeal it is a part of began in the weeks and months before that date, and importantly, the ordeal continues today. That is the concern Brooks details in his piece. The fog that has consumed more than a third of America has an ongoing and tight grip on them.

Anyone who watched the presentation Thursday night who continues to believe in the big lie, just like anyone who defiantly refused to consume it (i.e., Fox News), is a zombie.

Rep. Jim Banks’ dishonor and his ongoing work to feed the zombies will not be difficult for history to explain. Every Hoosier should be profoundly ashamed of him, and anyone like him.