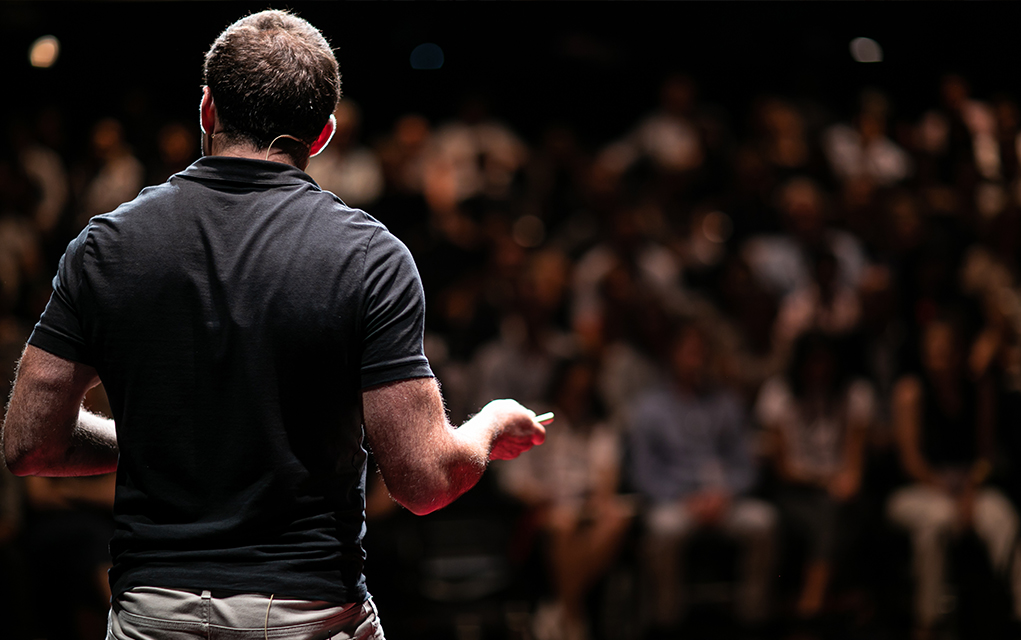 The news broke by Politico in its West Wing Playbook, one of the many newsletters the DC publication puts out Monday through Friday. The Playbook is a gossipy publication that entertains political junkies with stories that are generally not worthy for front pages or headline news. It’s a real-life report on what’s happening on the set of one of television’s greatest series of all time, “The West Wing.” For a while I was losing track what was real and what wasn’t.

It turns out that, according to Thursday’s edition of the Playbook, President Joe Biden has a “potty mouth.” I would have been surprised to read otherwise, but the breaking news gave some decent detail of his profanity habits for all the Americans who care to know such things. The story also threw in a predictable expletive tendency of Vice President Kamala Harris. The vulgarities of choice of anyone are meaningful to me, as a self-appointed guru of the art.

“Profanity is only used when a person doesn’t have anything meaningful to say,” a respected statesman once told me in a fatherly way many years ago. As much as I silently disagreed with him the moment he said it, I think about his perspective often. I’m not so sure he was wrong anymore.

I have been working with my students the past couple of weeks to teach them how to use more powerful language in their business communication. While casually searching for that “aha!” breakthrough explainer that will connect the concept with young people, I came across a few articles that ranked the power of specific languages. As rabbit holes go for a communication nerd, it’s hard to find one more tempting. So, I dove into that one like Bugs Bunny escaping Elmer Fudd.

The top articles in my search ranked English as the language with the most power, just ahead of Mandarin. Shockingly, these articles were written by English-speaking people. I understand the reasoning though. The theory is that approximately 1 billion people either speak a little English, or it is their true second language. While far more people speak Mandarin as their first language, few speak it as a second.

But that wasn’t the power I meant.

My next search was for the most provocative languages, which led me first to an article by Sarah Clayton-Lea for Big Seven Travel, “The 10 Sexiest Languages in the World.” Can you believe that neither Mandarin nor English made that list? I’m also a little surprised that Spanish topped the list, just above Italian. French, the language of love, came in a disappointing third. I spent an hour in Paris’ Charles de Gaulle Airport a couple of years back, and just eavesdropping on the conversations there was seductive, and the only French I know is “croissant.” Of course, when I say it, no one is aroused and all I get is a biscuit.

English is my first language. Profanity is my second. As a young person, I believed using profanity was simply a more powerful way to speak. In many ways that actually is true. But “power” in language has a long and varied list of interpretations.

As I have aged, I am finding that the simplest of words tend to have the most power to my ear. Words like “yes,” and “love,” can be so striking in a world of communication that seems to be stuck in a mode of equivocating. And the strength of these simple words is diminished at least as often as they are elevated when preceded or followed by a potentially offensive vulgarity.

Primarily though, the most powerful language comes from those with the most credibility. This lesson is one that is often missed. Every speaker or writer needs to work on building credibility with their listeners and readers for any, absolutely any, of their language to be meaningful in any way. If I don’t trust or believe the person communicating with me, the words they choose do not matter one bit.

Rep. Liz Cheney gets the award for most powerful language this week. Her series of comments in committees and on the floor of the U.S. House regarding the enforcement of congressional subpoenas were extremely powerful. Not because of her political credibility with people like me, but because of the credibility she has, or sadly, formerly had, with the people to whom she spoke.

Profanity would not have made her words any more meaningful or powerful.

I think I may give that statesman a call and tell him I think he was right. It will shock the hell out of him.