No place better than Indianapolis 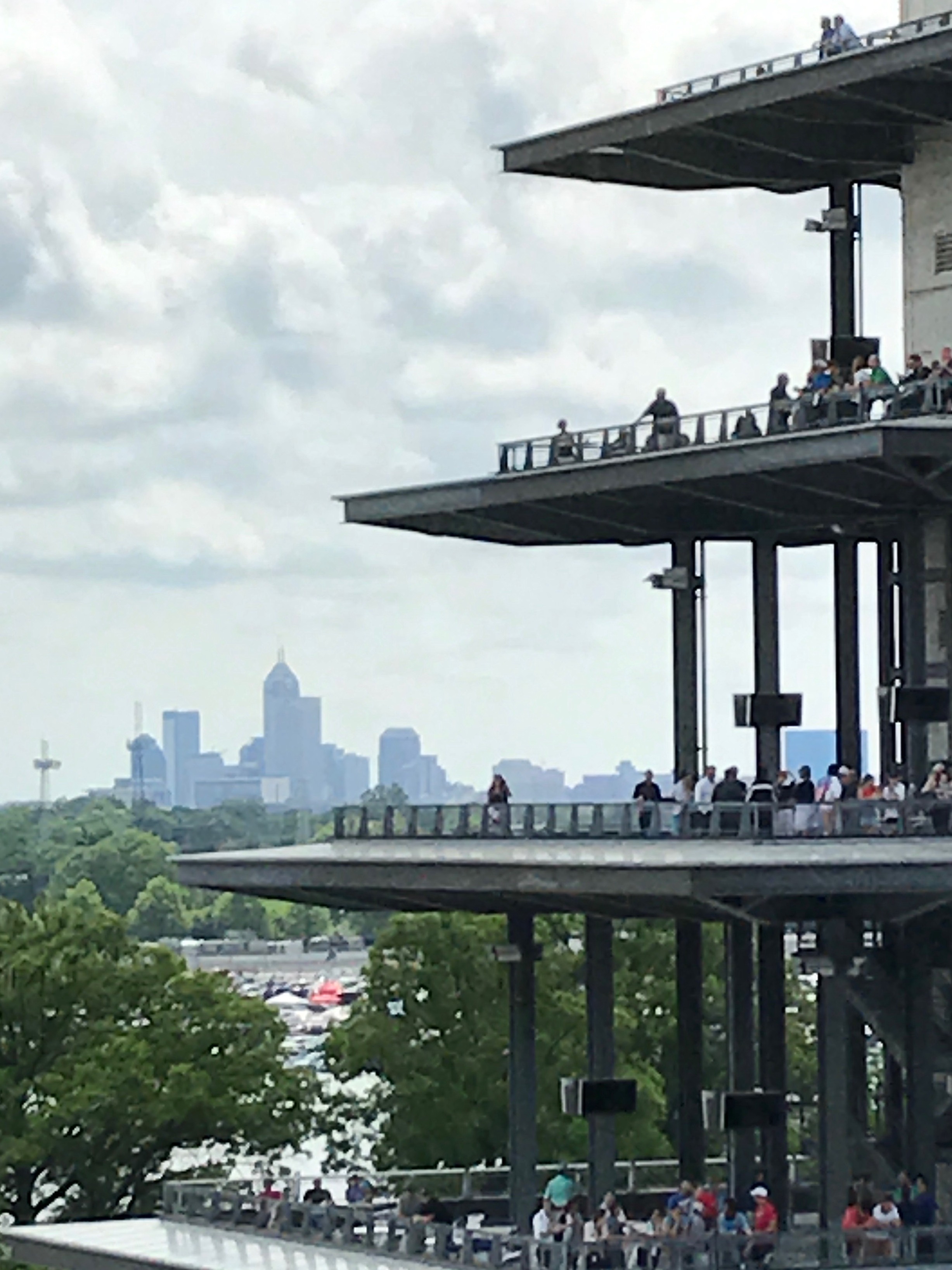 This was originally published May 29, 2016. A discussion of “Decoration Day” arose during our post race cookout and I decided to share last year’s column this Memorial Day. We will return to the regularly scheduled programming on Tuesday.  And welcome to Heartland Now!

Glinda, the good witch from Oz, said it best when she instructed Dorothy to say, “there’s no place like home.”

I’m sure plenty of people feel that way. Most people do I bet. But when it comes to celebrating Memorial Day, no place in America does it better than Indianapolis. And no place ever will.

Maybe it is because of the race. Well of course it is. But then maybe Christmas is great because of Santa Claus.

As I have gotten older and grown up a little, I look at Memorial weekend in Indy a little differently than I once did. It used to be all about the partying and the greatest spectacle for me, as it is for so many others. Those key ingredients to our unique dominance of the holiday should be embraced. What we do here cannot be replicated.

I have trouble explaining why, but I love crowds. On Thursday night at the Farm Bureau Lawn at White River State Park, there was a particularly interesting crowd assembled for the My Morning Jacket concert. I could not quit gawking at the people. There were people young and old, big and small, cool and, well, not. All of them were having a ball. While scanning this bunch repeatedly I couldn’t help continually thinking: “and all of these people are from here.”

This was the beginning of my hometown’s best weekend of the year. As it is every year.

The Friday “Carb Day” party has evolved into an awesome local holiday, turning our long weekend into the longest long weekend. I heard Journey put on a good show. I will take the word of those 100,000 people since Journey just isn’t Journey to me since Steve Perry left the band when I was in, uh, college.

The 500 Festival parade on Saturday is likely the nation’s biggest and best parade on Memorial weekend, but I couldn’t confirm that. At the same time, a cursory review of our nation’s big parades was so underwhelming I lost interest sooner than I should have. Then later that afternoon, Blake Shelton headlines the Firestone Legends Day concert.

Oh, and then the race is on Sunday.

So when do we actually celebrate Memorial Day? I have found that we do it a little bit every day this week. And more so than anyplace else. Admittedly, I don’t dare go someplace else to find out, but I am confident on this one.

Memorial Day grew out of what once was “Decoration Day,” which grew out of the southern tradition of decorating grave sites. There is debate about where and by whom it started, but most can agree it was contextual to the American Civil War. But after learning that many Americans no longer knew the original and true reason for the holiday, Congress passed the National Moment of Remembrance resolution in 2000. The resolution was designed to preserve and promote the values of the holiday and asks that we pause to reflect on the true meaning of the holiday at 3:00 pm on Memorial Day. We can do that.

It doesn’t matter which war it was or whether we agreed with it. The tragedy didn’t even need to occur during a war. It doesn’t matter what level of heroism is involved with the service member’s passing. They were in our service, and they died there. Period.

Here in Indianapolis, we gather collectively this weekend to celebrate bigger and better than any place else. And the foundation of our partying actually is the holiday. We don’t need to be downtrodden as a sign of respect, we just need to be deeply thankful.

I am a shameless people watcher, and the crowds of an Indy Memorial Weekend are unparalleled. I admit that I often and elaborately wonder what the person’s “story” is that brought them to the moment I spotted them. And the heroes we celebrate this weekend all have wonderful stories by which to remember them. With those celebrations still fresh in our hearts, let’s use the lessons they teach to celebrate something valuable the rest of the year: each other.

Indianapolis shows the world how to do that better than anyplace else in America. America would do well to follow our lead.