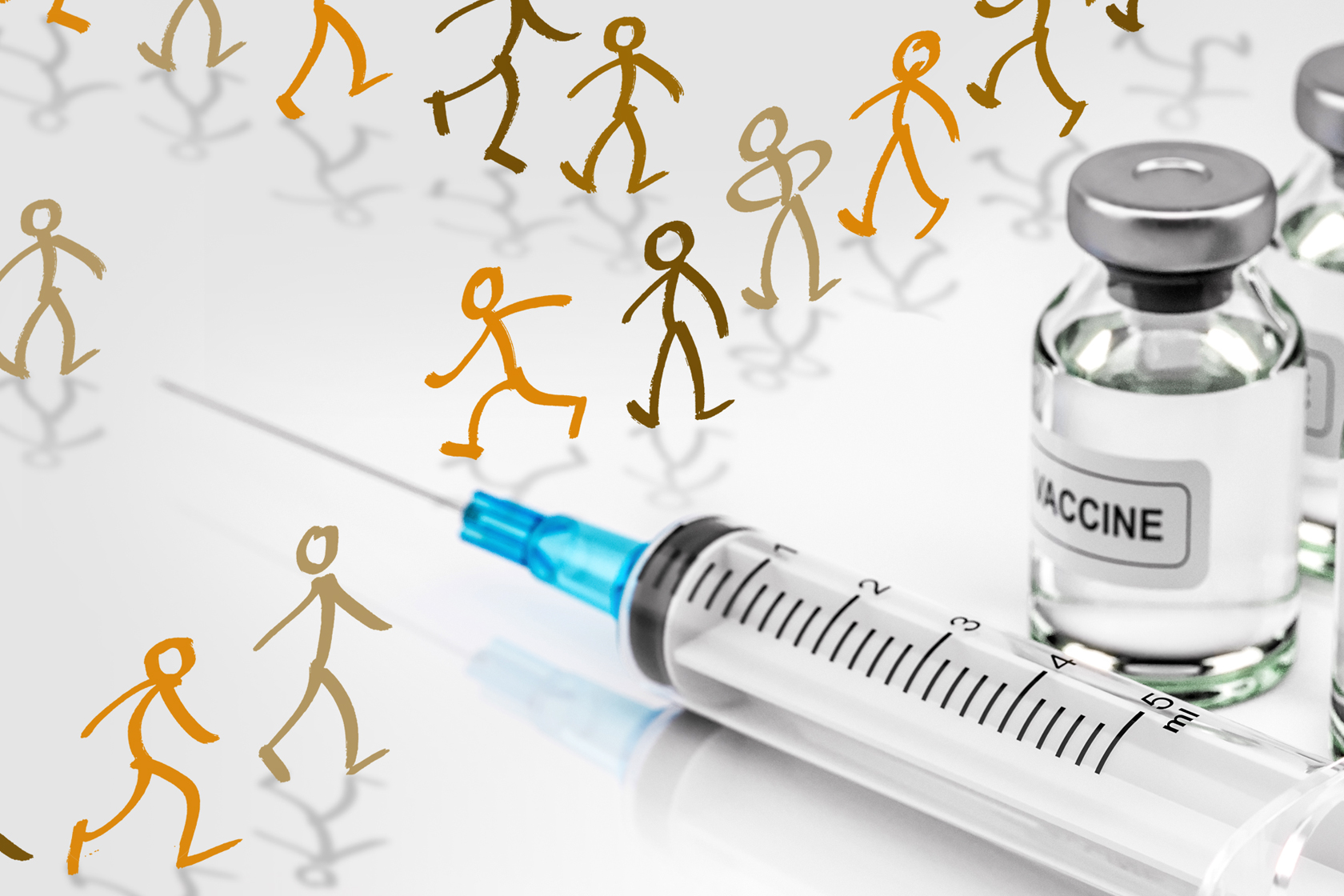 I went off to kindergarten in 1972. I was not yet five years-old, but I was the sixth of seven kids in my family, and so as soon as the school would take me, my parents happily delivered me. I have one of those September birthdays, which didn’t matter again until it was time to get my driver’s license at the start of my junior year in high school. Lucky for me, I didn’t have a car to drive any way.

One thing I remember from my elementary school years, was that I didn’t have a scar on my arm from some shot almost every other kid in my class had received. It turns out that routine vaccination for smallpox vaccine was discontinued in the United States in 1972. Trust me, if the school said I needed that scar-producing shot in the middle of my forehead to get in, my parents would have helped them administer it.

Though it wasn’t the reason they existed, the smallpox vaccine scars actually served as vaccine passports.

This week marks a turn in the push to get America vaccinated against COVID-19. It was inevitable and predictable–the private sector has finally had enough of this whole “it’s a personal decision” nonsense uttered by the Indianapolis Colts’ new quarterback, Carson Wentz. The NFL actually spoke up last week, implementing strict penalties to teams who experience COVID-19 outbreaks among unvaccinated players. It could lead to the forfeiture of games. Not getting vaccinated as a player in the nation’s premiere sports league is now as derelict as not getting in shape or not learning the playbook. Jim Irsay should cut any player who makes the “personal decision” to jeopardize his team’s competitiveness by not getting his shot.

Pro athletes aside, some large employers in corporate America announced their plans to require their employees be vaccinated in the coming weeks too. Google, Netflix and Morgan Stanley are on that list. But those companies pale in comparison on numbers of employees to healthcare providers and the education sectors across the nation.  Many employers in those markets were already either requiring their employees be vaccinated, or were clearly headed in that direction.

There will be more. When mask-wearing was struggling with all of the “personal decision” warriors last year, I wonder what would have happened if Walmart, McDonald’s and Starbucks had not stepped up. Sadly, the selfishness of too many Americans has driven the nation’s hangouts into decision-making time again. Those who object and resist any governmental vaccine mandate as some assault on personal freedom first, and an exercise in wasted logical calisthenics next, really don’t like being locked out of their hangouts. By the way, neither do the rest of us.

But this is about employment this time.

Walmart is the largest employer in 20 states. As of 2019, Walmart, hospitals and universities were the largest employers in 46 out of 50 states. Virtually all of these places are providing the vaccine to the public already. Amazon is the nation’s second largest employer, and has previously offered incentives and bonuses to employees for getting their shots. The Washington Post, another Jeff Bezos owned company, announced their employee vaccination requirement this week.

Is requiring employees to get vaccinated as a condition of employment legal? Yes, in most circumstances. According to the Equal Employment Opportunity Commission, there are a few exemptions to the requirement that largely come from the Americans with Disabilities Act, and to a lesser extent, Title VII of the Civil Rights Act. So, while many vaccine-resistant Americans may fight governmental mandates on its citizenry because of irrational interpretations of what freedom actually is, there is not much leverage for this group when employers mandate it.

President Joe Biden intensified requirements on federal workers in a speech on Thursday.

The surge of infection rates and hospitalizations due to the Delta variant is forcing organizations to prepare for an unimaginable rerun of last year. Full FDA approval of the Pfizer vaccine is expected to come in September. Full approval of the Moderna and Johnson & Johnson vaccines are expected to follow soon after.

That “personal decision” bit will have have become entirely intolerable by then.

I was having a conversation yesterday with a sports fan who believed anyone claiming that getting vaccinated is a personal decision is the same as saying “I have not gotten my shot.” I added one exception to that rule: Republican members of Congress. Most of them have gotten the vaccination, but for some unhealthy reason, many of them don’t want to admit it.

I’m looking forward to the day their employers require it.