On its 50th anniversary, Hoosiers say Roe was never enough 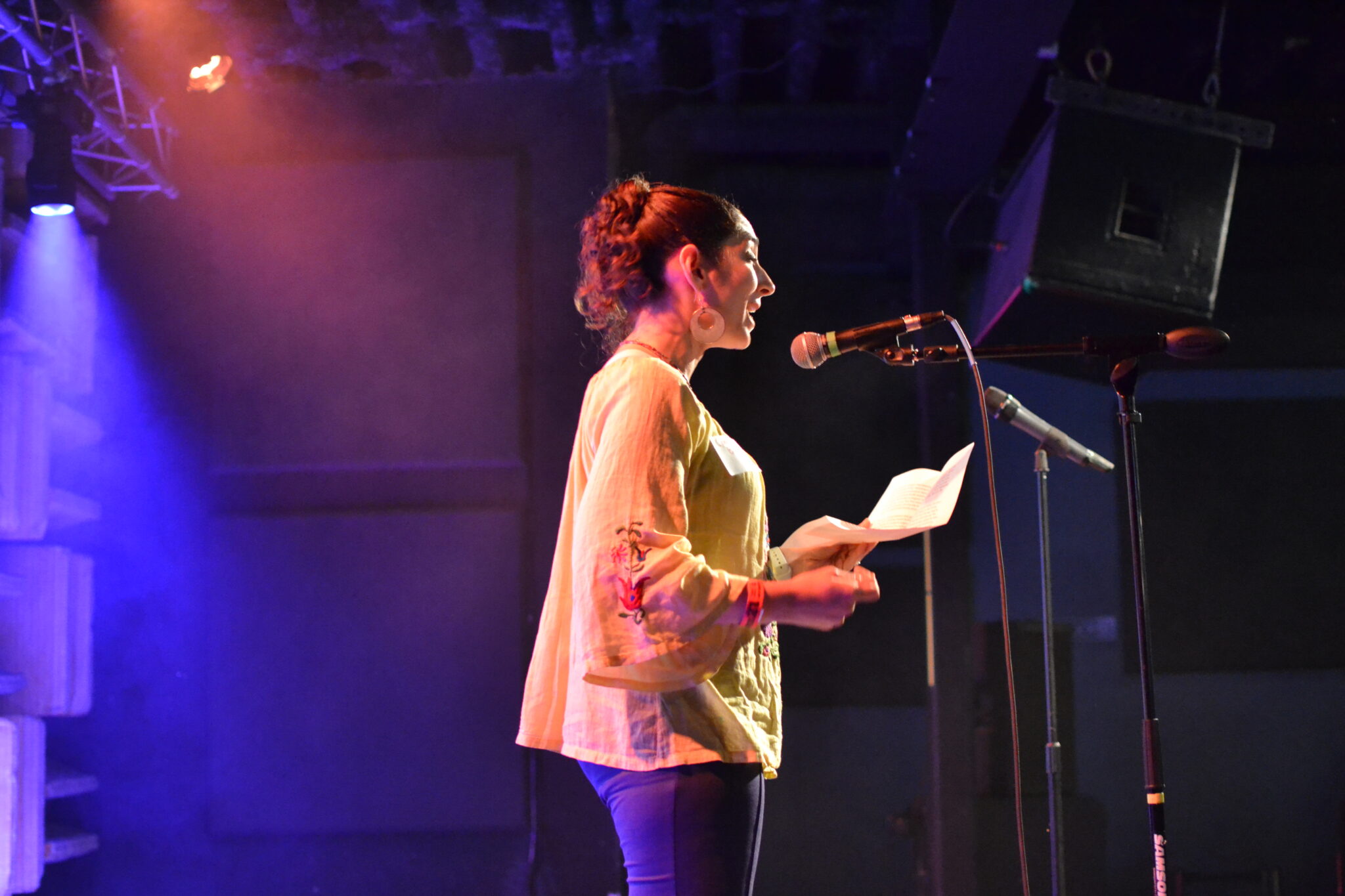 photo from Our Choice Coalition

There’s something happening in America following the upheaval of Roe that is surprising to some, and to others is completely predictable. Count me among the latter.

Last summer, the U.S. Supreme Court chose poorly in its decision, Dobbs v. Mississippi, effectively overturning nearly half a century of precedent protecting a woman’s right to choose an abortion. In events across the country on Sunday, Americans celebrated the 50th anniversary of that precedent, the decision in Roe v. Wade.

Did this court and those supporting their historic infringement actually believe Americans would simply accept it and go quietly into the night? For anyone who did, it is now clear that was a horrible miscalculation.

A variety of anniversary celebrations occurred across the country over the weekend, none more impressive than the one right here in Indiana. In Indianapolis, the Hi-Fi — a music venue in Fountain Square — was the site of a new kind of rally. New to this issue. New to Indiana.

What’s new about it? I have been to plenty of marches and rallies over the last several years, and they often feature an attempt to inspire action, to motivate engagement, to begin a sustainable movement. On Sunday at the Hi-Fi, a group named Our Choice Coalition (OCC), didn’t gather to inspire those things, it gathered to announce them.

The OCC was formed in September, and is already acting, engaged and sustainable. It is a bipartisan political action committee that already has and continues to raise money. It already has invested some of its early funds in political races, and Sunday’s event is evidence that it is only at the very beginning.

Lianne Groth-Hulka, founding board member of the OCC, emceed the event in front of a capacity crowd. The speakers were impressive, but there is no denying that the crowd was the feature. They were young and old, Republican and Democrat, women and men, and most importantly, they were all paying to be there. That is a good reason for optimism for the fight ahead of them.

Cara Berg Raunick, an Indianapolis women’s health nurse practitioner, spoke about that optimism on behalf of Hoosier Jews for Choice: “So today, I will let my cup be filled, I will find gratitude, and strength for the fight to come as we stand in this room of like-minded, passionate people, working to make our world and our infuriating and precious state, a better place for us all.”

The Guttmacher Institute did some predicting on the issue, mainly in the short term, state-action arena. In that respect, the institute was considerably correct. About half the states have either banned a woman’s right to choose, sharply restricted it or are soon expected to do so. That set of predictions doesn’t address the response to these decisions by the citizenry. That response, that pushback, while not yet quantifiable, is lining up to be a bigger problem than those celebrating Dobbs seem to have been prepared.

The 2022 midterm and special elections featured referenda in Kansas, Michigan, Montana and Kentucky that either protected or preserved women’s rights on the issue. There is no question that generally in individual races, the abortion issue helped choice candidates over ban candidates.

Fundamental to the response though, is that this repositioning of the competing sides on the choice issue is not temporary. Those defending Roe for most of my life are now on offense. And that offense has tools its opponents never had: the majority of Americans.

At an event in Tallahassee, Florida on Sunday, Vice President Kamala Harris said, “Let us not be tired or discouraged, because we are on the right side of history.”

Back at the Hi-Fi in Indianapolis on Sunday, Rebecca Gibron, CEO of Planned Parenthood of the Great Northwest, Alaska, Hawaii, Kentucky and Indiana said, “We know the majority of Hoosiers are on our side.”

Dr. Katie McHugh, an Indianapolis OB/GYN, spoke to the packed crowd from the perspective of the movement’s new place on offense. She said, “Roe was never enough. This is our chance to do better. People are not pawns. We don’t deserve to be treated like pawns…It is time for us to dream big, to dream big of a new and free and just Indiana.”

This isn’t a downtrodden, futile, smattering of select women gathered to complain about a gerrymandered legislature that simply doesn’t understand. That’s not what I saw at all on Sunday. What I saw was a group that is preparing for what the American system is designed to provide: public policy that is consistent with the culture of the majority of its people.

There was a long line to get in the door on this cold, Sunday afternoon in Indianapolis. There will be more lines and more doors in the years to come on this one. We should be prepared to be surprised.