The GOP brand is burning down 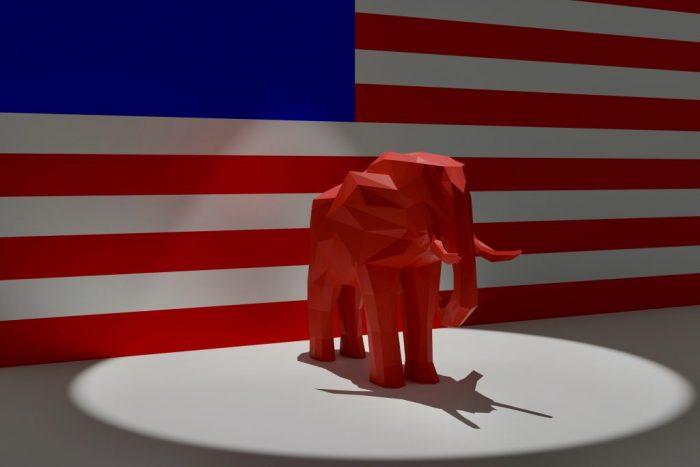 Indiana GOP chairman Kyle Hupfer has a real problem on his hands. Wait a minute, that’s not accurate. Hupfer’s hands are full of them.

Really? How much trouble could the Republican chairman have in a state like Indiana? His party controls all of state government. Being in charge doesn’t sound like any trouble at all.

Except it doesn’t appear the state’s top two elected Republicans are in charge of the party anymore.

The obvious problems started a few weeks back when the GOP candidate for Secretary of State, Diego Morales, showed that he could not accurately and openly discuss his military service. Couple this problem with the rest of his already unflattering work history, and Morales is responsible for a red state full of faces red with embarrassment. And that was before Friday’s news dropped.

Abdul Hakim-Shabazz reported in his “Cheat Sheet” and then on his website, IndyPolitics.org, that Morales has been accused of sexually harassing and groping two women. He interacted with one of them on a congressional campaign and the other while working in the Secretary of State’s office when current Indiana Attorney General Todd Rokita held that office. Rokita was elected as AG after former Indiana Attorney General Curtis Hill fell from grace with Republican delegates at the GOP state convention way, way back in 2020.

Hill came under fire because of, you remember, him groping four women at a late-night party in March of 2018.

The #metoo cloud these two controversies have caused would be bad enough by themselves.

But the Morales allegations show the beginnings of a trend right in the middle of an election season that has already been showing signs of women voters mobilizing all across the country in response to the reversal of Roe v. Wade. There are abortion rights referenda on the ballot to our north in Michigan and to our south in Kentucky, and both are hurting Republican polling in those states.

In Indiana, polling released by IndyPolitics.org on Sunday and Monday indicate two unusual findings. First, incumbent U.S. Senator Todd Young (R) only leads Mayor Tom McDermott (D) 39-37%. This is a shocker considering the difference in financial strength, the power of incumbency and the fact that Young led the election arm of the Senate Republican Caucus from 2018 through 2020. Young should be up 20 points, and he’s not.

Second, in the same poll, Democrat Destiny Wells leads Morales, 36-32%. That makes more sense, given the well-documented issues with the Republican candidate. But this is the Secretary of State’s race, known for being a yawner in a state that is more than a shade or two redder than purple.

The Republican candidates in both of these races should be cruising to victory in November. Instead, their campaigns suggest the party is adrift at sea.

Gov. Eric Holcomb and Hupfer both wanted current Secretary of State Holli Sullivan on the ticket, but their pick lost at the convention to Morales.

Morales wants to make it harder to vote, just like all of the other election deniers running for statewide office in just over half the states. Just above him, on top of the GOP ticket, Young is running ads touting his bipartisan success in Washington and avoiding any talk about abortion.

That conflict in strategy is more than just a difference in style, it’s a problem with the GOP brand.

More importantly, it solidifies the appearance that the two top Republicans in elected office in Indiana, Holcomb and Young, are not the leaders of their party. Not anymore.

Hupfer was informed of one of the sexual harassment accusations against Morales in August but claimed in a statement issued last Friday that “it wasn’t then, nor is it now, my story to share.”

While technically true, I’m curious how he feels about former Vice President Mike Pence coming to Indiana as the featured guest at a Morales campaign event scheduled for October 12. Will that visit be his story to share?

It is important to note that Hupfer serves as the general counsel of the Republican National Committee, having been appointed by Chairwoman Ronna McDaniel in February of 2021. Again, for those not paying attention, McDaniel is a chairwoman who is beholden to the leader of the national party—Donald Trump. Don’t look for the light between the two of them on rhetoric and strategy. There is none.

The chaos in the Indiana Republican Party right now will lead to change, one way or another. Right now, the brand just doesn’t mean anything, and until it does again, fewer and fewer people will be buying it.