The legislature’s big mistake is coming ‘in the air tonight’ 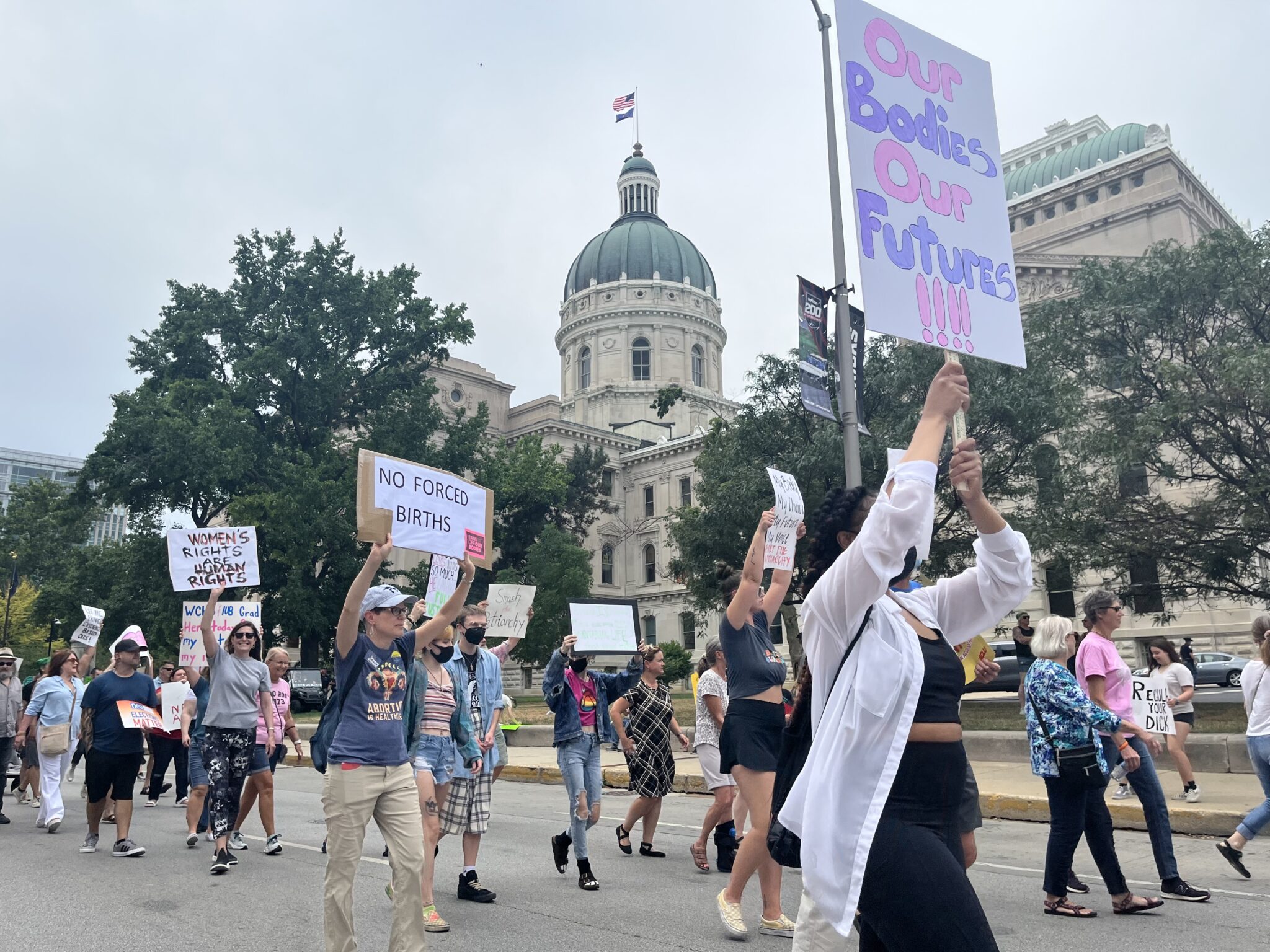 “I can feel it coming in the air tonight,” went the classic Phil Collins song from 1981. That’s right, it rang out on repeat all four of my high school years. It’s often referred to as his signature song, and there are plenty of theories as to what it means. Spoiler alert! Collins has often said, “I really don’t know what it’s about.” Spoken like a true drummer.

Take it from someone who grew up with the song, and one of rock’s most famous drum lines ever, the song always meant that something is about to change. What do I feel coming in the air? The big mistake by the Indiana General Assembly.

I couldn’t get the song out of my head on Monday at the Statehouse. I stood in line for an hour to get into the building to attend a rally in support of women’s reproductive rights. My old lobbyist badge that used to allow me to skip those lines expired long ago, so there I waited with all the other angry people.

I watched throngs of them, of every kind, stand in line to get into the building. Many of them never got in. But I did, even though I was almost a half an hour late for the rally I was there to attend. And after I listened to the last few of the speeches, I walked out of the east doorway of the building. There were a couple of thousand people out there, spilling out onto Capitol Avenue and Market Street, leading the police to close the block to traffic.

Senate Bill 1 has pissed people off. The first hearing on Indiana’s new abortion legislation convened on Monday afternoon. What committee was that? The Senate Rules and Legislative Procedure Committee. Why was that the committee hearing the bill? Because there wasn’t enough support for a bill to even make it out of the Senate Health and Provider Services Committee which would have normally heard it.

280 people signed up to testify. 34 actually got to deliver comments to the committee.

Almost every person who testified on the bill was against it. The reasons for their opposition ran the gamut, but apparently no one likes the legislation designed to create Indiana’s first post-Roe policy on abortion. Monday’s rally was a gathering of those opposed to further restricting women’s reproductive health.

The rally for those who want to restrict or eliminate women’s reproductive rights is set for Tuesday. That bunch is mostly against Senate Bill 1 too, but because it doesn’t go far enough.

The legislature was called into a special legislative session under the guise of refunding a little bit of the mile-high pile of excess tax money it has hoarded—specifically to help ease the pain of inflation. But let’s be honest here, the real reason the special session was called by Governor Eric Holcomb, and specifically when it was called, was to give the anti-abortion sect of the legislature an opportunity to thrust it’s anti-choice, anti-women policies on the state by banning abortion in almost every circumstance.

It’s the “almost every circumstance” that has the extreme right all a flutter. To them, there shouldn’t be any “almost” about this stuff, and the ban should be comprehensive and unrelenting. Any exception is one too many for a good number of these folks. The amount of scripture they quoted at the hearing Monday afternoon to justify this perspective was nauseating, you know, because of the old church and state separation thing some of us cling to so tightly.

Oh lord. This is a scenario custom made for the big mistake.

The constituency the Republican supermajorities are trying to serve can’t be satisfied. Even if they were, they only make up about a quarter of the state’s voting public. To make matters worse for them, the pro-choice crowd is uniting around its opposition to the legislature taking one more step to restrict their rights. Those of this perspective represent everyone else, which is most of us.

I know it’s hard to believe after a half century of listening to the anti-abortion movement and all of its extreme rhetoric, but they aren’t ready for this moment. They seem confused by the reality that any action they take will hurt them politically.

Walking away is the only safe thing for them to do. If there was only a script or scripture to guide them there.