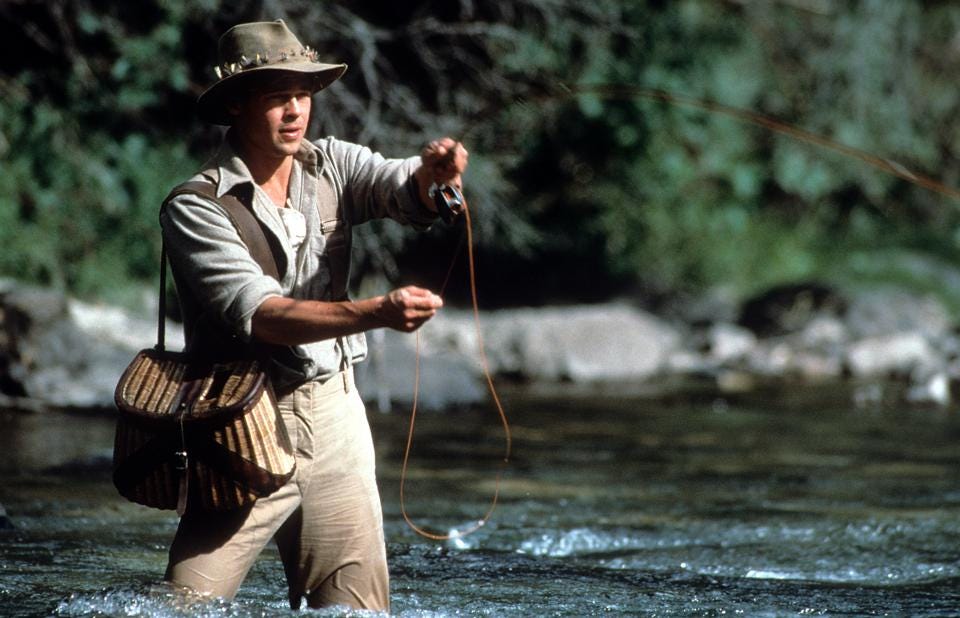 On Thanksgiving evening, following a memorable battle with her brother, Pauly, Adrian finally went out on her first date with Rocky Balboa. She wasn’t exactly happy about it either, telling Rocky, “but it was Thanksgiving.” He simply replied, “yea, to you. To me it’s Thursday.”

And with that, I have exhausted my list of favorite cinematic scenes depicting a version of my favorite Thursday of any given year. Rocky is a Thanksgiving movie about the same way Die Hard is a Christmas flick. Relax everyone, I can go either way in the debate on whether Die Hard is an official “Christmas movie” or not.

I was driving home the other night, and a SiriusXM DJ pointed out the void we have here. When I finally parked and fired up my research machine, I discovered the DJ was right. One of the truly special American traditions has not inspired any great films. There are plenty of great scenes within them, but almost none that are primarily about the holiday.

In my search, Planes, Trains and Automobiles appears on most lists and deservedly so. Steve Martin and the late John Candy go through an epic journey from New York to Chicago to try and make it home for the holiday, while contextualizing what “home” really is. It’s a legitimate classic.

But when I see all-time greats, like Grumpy Old Men, on the Thanksgiving list, I know the movie industry is really stretching their net. I watch that one every time I come across it. Maybe that’s why I don’t associate it with the holiday. Cooking a traditional holiday feast is a once-a-year event but watching this installment of the Walter Matthau/Jack Lemmon duo is the kind of meal that needs to be served every couple of weeks.

Could it be that we just aren’t good at expressing what Thanksgiving means to us in this medium? It can’t be! This is one of those days where many Americans ceremonially ask the question: “what are you thankful for?”

What a great question.

We should ask ourselves that question every single day. I wish I did. I do more often than I used to, but still nowhere near as often as I should. It’s not something to do as some duty to anyone or anything else, it’s just a healthy way to stay connected to the things that really matter.

I get to go fishing with my big brother this week. I can’t remember the last time I got to do that. It’s a simple little thing that doesn’t cost much and isn’t all that hard to arrange. When I was a kid, he was the greatest fisherman in the world. All because he would take me with him sometimes and put up with all the hassles little brothers always bring.

My younger son gets to fish with his uncle for the first time. And he will soon find out that his uncle is not the greatest fisherman in the world. At least not to him. Because I am the one who first took my son fishing, I should be his greatest.

Gratitude can be so easy to find when life feels so grand. But we all have plenty of stretches in our lives that aren’t. I don’t recall finding gratitude during my tough times, but looking back at them now, I can certainly remember plenty of things to appreciate. Those days would have been far easier if I had made the effort to be thankful for the things that got me through them.

Thanksgiving is not just a day or a noun. For it to accomplish what it was created to do, we really should think of it more as a way to live. It really is more of a verb. Giving thanks is an action, one that enhances the mind and spirit of the person doing it.

There are all kinds of ways to express thanks, and we generally are not great at choosing one and letting loose. We could get better at expressing it if we would practice more at actually feeling it.

Maybe I’m just excited about the holiday I’m about to have. I should be.

I was excited about last year with my sister too, though. I should have been.

Why can’t Hollywood find a way to make a bunch of good movies that capture this uniquely American annual moment? Seems like a no-brainer to me.

We could have just invited a film crew with us this week. And then we could have fought over who got to be Brad Pitt.