9/11 and Canada teach America we all Come From Away 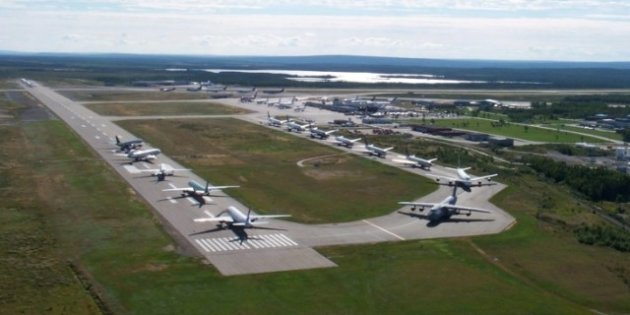 Any trip to New York is memorable for anyone not from there.  I will always remember my last one.

I like a good play as much as the next guy, but I never know what’s hot on Broadway. I’m in the “I don’t know much about art, but I know what I like” club.  In this club, recommendations from people we know are invaluable.

Without them, I might have advocated we go to the SpongeBob musical.  However, we had a couple of strong recommendations for a show we had never heard of called Come From Away.

Looking back, I am surprised I had not even heard of the true story on which the play was based.  But it is now forever synonymous with September 11 for me.

All of us have “where were you when” stories about that day seventeen years ago.  I was in my car when the first plane hit, having just dropped off my boys at St. Christopher School in Speedway.  It was the beginning of a chaotic day for me at the Indiana Government Center, not unlike millions of others’ memorable chaos.

But what happened that day in Gander, Newfoundland is not as well-known as it should be.  I think.  Maybe I was one of the last to know the story.  I had not heard anything about it until we went to New York in April, and then I learned about it on Broadway—not where I normally go for history lessons.

When the U.S. Federal Aviation Administration made the decision to shut down American airspace,  4,000 planes were forced to land at their nearest airport.  Inbound flights from Europe were rerouted to Canada.

Gander International Airport had 38 planes, carrying 6,579 passengers, diverted to it by 4:30 that afternoon.  All of them were stranded there until the first planes were allowed to leave early on September 13.  The last diverted plane departed for its original destination on September 16.

6,579 people, mostly Americans, were stranded in a Canadian town for as long as five days.  Gander’s population on September 10:  almost 9,000.

Needless to say, no one involved was prepared for it.  Tough.  They were just going to have to adapt.  Of course, the play is all about how the town’s people and those stranded did exactly that.

Captain Beverley Bass is the real-life example used in the play of an American pilot.  She flew the first time at the age of nineteen and immediately knew she would fly for the rest of her life.  She piloted one of the planes diverted there after the attacks.  The passengers on her redirected plane made up the bulk of the play’s characters on the emergency visit.

It was a plane full of predictably diverse Americans.  There were black people, gay people, an older couple fell in love during the crisis—all were very American.  Not all of them were our “best people.”  In other words, they were excruciatingly representative of us.

The director talks about how the audience watching the play seems to become an additional character during performances.  It’s as if the cast can feel the crowd reliving their own experiences of that day and week while watching.  I absolutely did when I watched it.

I also had a bonus.

At the Sunday matinee we attended, a lady sitting next to me appeared to be by herself, and she seemed particularly excited about the show before it started.  So, I asked her: “Are you looking forward to this?”

This woman became my second date.  She was from Vancouver, about 65 years old, and wildly proud to be a Canadian.  She and her friend, who sat in the row behind us, come to New York twice a year to see as many shows as possible and had been dying to see this one.  They could have seen it on tour, but they specifically wanted to see it in New York.

The playwriters conducted thousands of hours of interviews of people who were there that week.  Many of them became composite characters in the adapted story for efficient storytelling’s sake.  But not the Mayor of Gander, Claude Elliot.  He and Captain Bass were portrayed as they were in real life that week.  Mayor Elliot retired from the job in 2017, after serving since 1996.

“I would never have thought that you could make a musical out of sandwiches and a bowl of soup and a blanket,” Elliot said of the play.

It turns out you can.

More of us need to read, see and learn the story.

Read either The Day The World Came To Town: 9/11 in Gander, Newfoundland or Channel of Peace: Stranded in Gander on 9/11. Or do what I did, and go see a great play.