A day of tweets from Rep. Jim Banks 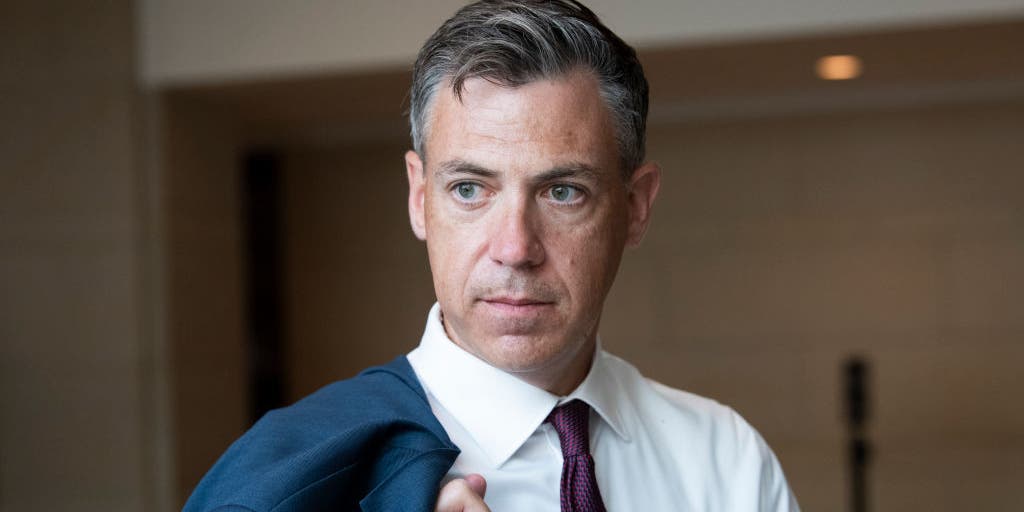 The last tweet I read before I turned it off to write this was simply a message released from former President Donald Trump. It read: “If I were in office, this deadly Ukraine situation would never have happened!”

As ridiculous as that statement is, it is not an unusual slice of the Twitter feed provided by Rep. Jim Banks, who technically represents Indiana’s 3rd District in the U.S. House. I write “technically” because Banks seems to spend far more of his energy in his role on the House Republican Leadership team than on representing the interests of northeast Indiana.  That vacuous role and Twitter trolling go together like peanut butter and jelly.

So, that’s what you’ll find the congressman doing most often these days. And the trolling doesn’t pause for a national and global security crisis like Russia’s invasion of Ukraine. In fact, that is just another opportunity in the eyes of Banks. It gives him the chance to start Wednesday with a tweet at 8:43 a.m. that says: “In days to come Dems and their friends in the media will do anything to shift the blame for the last year’s failures away from Biden and blame Putin. Don’t let them.”

Really, congressman? On the day Putin invades Ukraine, you want to make sure people stay mad at Biden for whatever is on your partisan grievance list. The war that started this week in eastern Europe is like no other act of aggression since World War II. Putin’s words from a delusional and unstable rant were still hanging in the air from the day before when this one-day case study of Banks tweets begins.

Seven minutes later, he tweets: “Joe Biden will deliver the State of the Union to a fully masked, 50% capacity crowd surrounded by a 7-foot fence and 700 national guard troops. Quite symbolic for his failed presidency.” It’s as if the congressman is blaming the current president for a pandemic that started under his predecessor, and a Capitol security problem that the same predecessor was impeached for the second time. As Banks’s idol, Donald Trump did, and can do, no wrong.

More importantly though, a war in which America may not have troops fighting yet but is certainly a party to, does not even give this high-ranking member of Congress a reason to take a day of trolling off. I wonder what will. “America first” is a lie here. Trump is first. Bashing Biden is a close second. And if there is anything left in the tank afterward, well America can have that.

Later Wednesday morning, at 11:31 a.m., he starts back up again with this one: “Putin is a thug and Biden is a weak kneed leader who has enabled him. Trump deterred Russia for four years and the world was more safe on his watch than any single day under Joe Biden. American leadership matters and right now we don’t have it.”

Trump deterred Russia, huh? That is not how history recorded it. The best example was captured on video by every news outlet in Europe the day of Trump’s Helsinki moment with Vladimir Putin. Nope, that was not Trump “deterring” anyone of anything. It was a humiliating display of cowardice where the former president announced that he trusted the ex-KGB agent, current president of Russia and our primary adversary more than American intelligence agencies on Russia’s interference in the 2016 U.S. elections.

The truth is that Putin didn’t need tanks when he had Trump. The former president provided Russia all of the security Putin needed.

Which leads me back to the Trump statement Banks tweeted on Thursday night. The congressman wants Twitter land to forget that the former president was first impeached for attempting to extort Ukraine President Volodymyr Zelensky into initiating a baseless, politically beneficial investigation in exchange for nearly $400 million in U.S. military aid. Remember that? It happened in July of 2019.

Less than three years later, this Indiana congressman is promoting the idea that Trump deterred Putin, and also that if he were still in office, he would now be a protector of Ukraine.

At 11:49 a.m. on Wednesday morning, Banks tried to “own” our current president one more time with this awkward installment: “Russia is playing with a pair of nines. America has a full house but Biden folds every time. Weak.” Only someone who doesn’t actually play poker would tweet something like that. I know several good poker players who live and vote in Indiana’s 3rd Congressional District, but they’re not on Twitter.