A hate crime is in the eye of the beholder 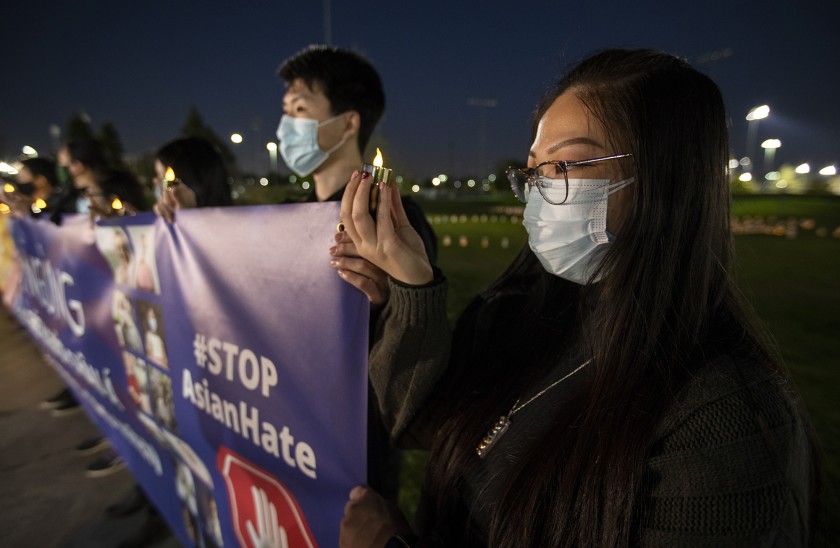 On Tuesday, a 21-year-old Georgia man walked into Big Woods Goods gun shop and purchased a 9mm handgun. Within a few hours, he had used it to kill eight people at three different locations in the Atlanta area and was apprehended on his way to Florida to continue his rampage. Six of the eight people killed were Asian-American women, who were employees at three massage spas.

Yes, it all happened very fast. For those who passed and for the one who repeatedly pulled the trigger, not much time had ticked away on the clock from the killer’s first overt act until he was fleeing from the crime scenes. By the time the news of the shootings reached me in Indiana, the suspect was already in custody. That’s how fast it all unfolded.

But the victimization process will last far longer and for far more people than those who died this week.

The last few days, there has been some debate occurring in this country about whether the killings should be considered “hate crimes.” It’s tough to read about this debate, because there isn’t much to debate. Of course, these were hate crimes. Absolutely. Without question. Please, oh please, quit arguing about it.

This ridiculous debate only exists because of a fundamental misunderstanding of why forty-seven states now have laws on the topic of hate or bias crimes, Georgia being the most recent newcomer to the list. The most valuable use of any hate crime law is that it gives the government the opportunity to more completely acknowledge who the crime truly victimized. The debate people are having revolves around what the suspect’s motivations were, or what he was thinking when he committed these horrible acts. But any observer of the news this week can understand the terror the acts caused within some very specific communities of Americans. Those victims of terror are the people the use of any hate crimes law actually serves.

So, here is my note to police and prosecutors all over America: quit agonizing over the likelihood of conviction, or what the strength of the case might be regarding what a monster like this Georgia man was thinking and focus on whether the act victimized an identifiable group. If the latter is true, charge the suspect accordingly. That effort is what communicates the government’s lack of tolerance for the broad implications of the specific act, and that’s what the community needs. If a jury acquits on that aspect of the crime months or years later, so be it. The perpetrator this week will likely spend the rest of his days in prison either way.

Asian-Americans have been victimized as a group since at least the 1850s. Gillian Brockell’s, “A long, ugly history of anti-Asian racism and violence in the U.S.” for the Washington Post this week provides a good summary of some of our nation’s lowlights in the arena. It is clearly nothing new. But the pandemic has caused a troubling new rise in individual incidents all over the country, creating an intolerable environment of anxiety among Asian-Americans. Many of us share that anxiety for them and with them. The Georgia murders serve as the gas on a fire that was already burning.

The law in Georgia functions similarly to Indiana’s new bias crime law which was passed in 2019. Both new laws are viewed as changes to sentencing guidelines, though the evidentiary standard in Georgia’s law is higher. However, in Georgia, the protected groups listed in the law includes the characteristics of “sex” and “gender,” which actually is important in the shootings that occurred there on Tuesday. Even if the aspect of race cannot be proven, seven of the eight victims were women, and preliminary reports indicate that the suspect admitted this was a primary reason he targeted these specific people. The suspect’s “sex addiction” claim also plays into the hypersexualized discrimination Asian-American women already experience and is a vital component of this entire ordeal.

The Indiana law’s greatest failing is that it does not consider sex or gender specifically. There is no question this deficiency will cause harm here in the future. It is not a matter of “if,” it is only a matter of “when.”

Watching people deliberate and twist themselves into knots over what is obvious has gotten tired and shameful. It’s times like these that these laws truly matter. They provide an opportunity to show the good people of America that their community cares about them. If we can look at it through that lens, the “debate” is over.