A movie just in time for another summer of soul 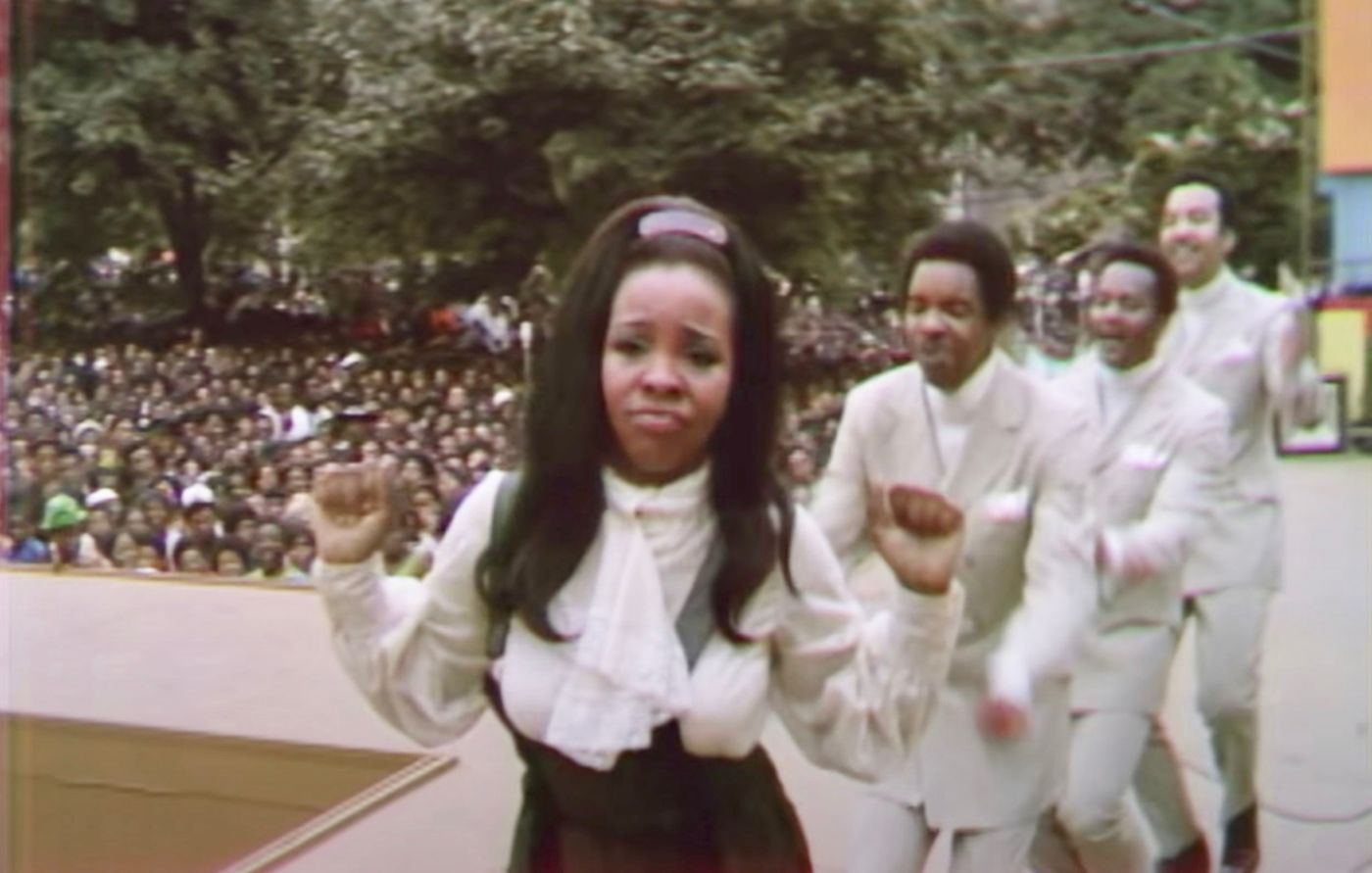 It started with a text message containing the trailer of the new documentary, Summer of Soul (…Or, When the Revolution Could Not Be Televised). A couple of days later, a group of friends streamed the entire movie on a projector screen in a neighborhood backyard. The final straw was when another friend sneaked off on Monday morning and watched it at my new neighborhood movie house, Living Room Theaters, and bragged about it on Facebook. All of my friends loved it.

I am not the biggest fan of documentaries, but I had to see this movie.

The film tells the story of the Harlem Cultural Festival, a series of concerts that took place on six nights between June 29 and August 24, 1969. It was held in Mount Morris Park, since renamed to Marcus Garvey Park, and was attended by more than 300,000 people during that stretch. There were no lights, so all of the performances took place during the day, in front of a classic 1969-looking backdrop that simply said “Festival” on it. It overlapped the most famous concert of all time, Woodstock, which took place only a hundred miles away.

Ahmir “Questlove” Thompson, of the band the Roots, the in-house band of The Tonight Show with Jimmy Fallon, directs the film. Questlove is many things, but “drummer” is certainly one of them. That may have played a role in his choice to open the film with footage of a young Stevie Wonder drum solo that I was sure was going to end with each piece of the kit scattered on the stage floor. I didn’t even know he played drums–but he didn’t just play them, he destroyed them.

Questlove weaved the performances into plenty of contextual, historical stories explaining the atmosphere that year in Black America. It made sense as to why the festival was organized on the scale that it was by Tony Lawrence, a New York night club singer with a talent for networking. The support of Mayor John Lindsay, a liberal Republican who embraced the minority communities in the city helped. Yes, you read that right.

After the riots in Harlem the prior year following the assassination of Dr. Martin Luther King, and all of the other chaos that 1968 brought, New York intentionally decided to do something it probably would not do today. It brought together enormous crowds in the heat of the summer to change the mood.

The film features interviews with the stars who performed that day, but the ones with individual attendees were the most striking to me. “We needed that music,” one of the ladies commented early in the movie in what might seem like a throwaway sentence. It was anything but that to me–it captured the importance of the festival in four simple words.

The lineup looks like a wing of the Rock and Roll Hall of Fame today. From B.B. King to Mavis Staples, and David Ruffin (of The Temptations) to The 5th Dimension, it is hard to imagine if the people at the festival knew then how iconic this lineup would become in American culture.

Even before the peer pressure got me in front of the screen, it was Gladys Knight I saw in the trailer who had me fired up about it. I was a big fan, maybe with a touch of a crush on her when I was growing up in the seventies. She and The Pips killed it with their version of “Heard it Through the Grapevine.”

The biggest surprises for me though start with Sly and the Family Stone. That band, which I believe is the only one to play both the Harlem Cultural Festival and Woodstock, had a towering presence with songs so familiar today that I didn’t even realize they performed them. The late Cynthia Robinson, the band’s trumpet player and background singer appropriately drew the spotlight on “Everyday People.”

And then there was the gospel music, oh my, the gospel music. The Ethan Hawkins Singers’ “Oh, Happy Day” ambushed me. I didn’t know that song, but am relieved Spotify has it.

The comparisons between the more famous 1969 show and the Harlem shows are unavoidable I guess. The footage from the Harlem festival had been shopped to filmmakers as “Black Woodstock” back when the Woodstock movies were being made. It’s sad there were no takers then. This modern movie is so much better, and the timing probably turned out better too.

We need this music, just like the attendee said. And we needed this movie. Right now.