What America sees and hears from Reps. Tlaib and Omar 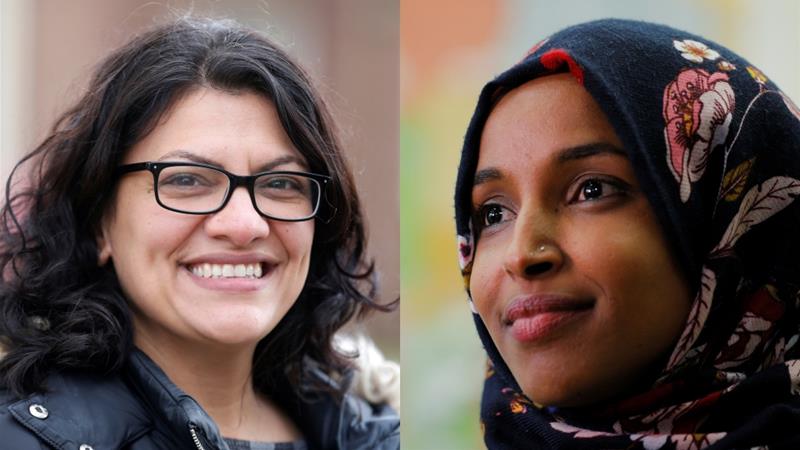 Freshmen in the U.S. House of Representatives are supposed to be treated like the children of my youth. “Children should be seen and not heard,” according to the English proverb. Americans don’t seem to parent this way anymore. Politicians have abandoned the guidance too.

There are two new Democratic members of the House whose mere presence is rocking the boat. The Republicans who voted for their own boat rocker in 2016, sure don’t seem to like it much.

Rep. Ilhan Omar is from Minneapolis. Rep. Rashida Tlaib is from Detroit. They both served in their respective state’s legislature before running and winning seats in the U.S. House in 2018. Both have experience in government and civic engagement. Both are educated. They are both mothers.

They seem to be custom fit for their new jobs in Washington. Except for one thing. Or two.

Muslims, they are both muslims. If that wasn’t enough, they are women too. Forgive me!

They are the first two Muslim women ever elected to the body. For me, that is both a monumental event and not a big deal at all simultaneously.  Anytime a barrier like this is broken it is monumental. On the other hand, it really shouldn’t be. In the most basic sense, these women are Americans, just like the more than 11,000 Americans who have served in the U.S. House since 1789.

There are approximately 3.5 million Muslims in America. That’s more than the population of 21 individual states. It is still just a little over one percent of the nation’s population. There are three Muslim members of congress, which makes up a little less than one percent of the body. The third Muslim member happens to be my own congressman from here in Indianapolis, Rep. Andre Carson.

Both women have had some PR trouble already, and it’s Rep. Tlaib’s turn. In the last week, the GOP decided to take some recent comments she made in an interview with Yahoo News’ “Skullduggery” podcast grossly out of context to try and villainize her. Her comment about the “calming feeling I always tell folks when I think of the Holocaust, and the tragedy of the Holocaust…” were made in a discussion of Holocaust Remembrance Day during the interview. Memorial events often have a calming effect.

But the GOP villain making machine worked overtime to try and twist this comment into an act of anti-semitism. A similar exercise occurred earlier this year after comments were made by Rep. Omar with regard to post 9-11 policies.

The truth is more simple. Rep. Tlaib is of Palestinian descent. She has a grandmother still living in Ramallah, a city in the West Bank about 10 km north of Jerusalem. Her life experiences will naturally give her a perspective that is different than many Americans with regard to our policies in the region.

It is her experience and continued familial connection to the region that should interest Americans in her viewpoint. Why wouldn’t it? If I have to decide who to listen to on life in the West Bank, I will call Tlaib’s office long before I call Rep. Liz Cheney’s (R-Wyoming). Cheney appointed herself the leader of the outrage club last week on the matter, calling on Speaker Nancy Pelosi to “take action.”

The appropriate action for people like Cheney would be to listen more actively. To read more carefully. And to appreciate Tlaib’s life story. Thankfully, Democratic leadership did not take Cheney’s bait this time, and stood by Tlaib as they should have.

Last month, a similar exercise took place toward Rep. Omar. Again, who can describe life as a Muslim American better than a Muslim American? Have they suffered here since 9-11? Of course they have. But having a new member of congress bluntly discuss those experiences is just too uncomfortable for some. It shouldn’t be. Democratic leadership was not prepared to defend Omar in April, and they missed an opportunity because of it.

What do Americans see when they look at these two women? It seems too much of the nation wants to see villains. That for some unAmerican reason, their experiences are less valuable because of their uniqueness rather than more so.

When I see, hear and read about them, all I see is progress. I see a new energy, new ideas and experiences that can only help a congress that desperately needs them. And I see two strong women from the Heartland, whose country needs them just as much.

They won their elections last year. Give them the chance they earned to do the job. GOP: sound familiar?