The Art of the Purge: Can our institutions survive? 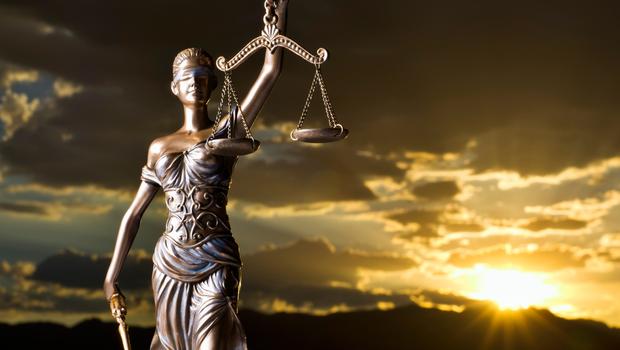 Sculptures of Lady Justice are full of symbolic art. Versions of her have evolved over the last two thousand years, but the blindfold was added to her in the 16th century. The next versions of her will be fascinating.

Since then, Trump has removed Lt. Col. Alexander Vindman from his detail at the White House. Vindman is the now former National Security Council staff member who testified during the House investigation of the president’s infamous call with Ukraine President Volodymyr Zelensky. It is no surprise that Trump removed him or that the team in the White House had lost faith in someone who saw things differently then they do. But that is not the end of the Vindman story.

Vindman’s twin brother, Yevgeny, was also a U.S. Army lieutenant colonel, and worked at the NSC as an ethics attorney. The second Vindman did not play a role in the impeachment investigation. But he was relieved of his duty there too, and was escorted out of the White House by the same security detail as his brother.

Some might think the second dismissal was unnecessary, or even mean. But it doesn’t end there. Trump followed up on the dismissals with, you guessed it, a tweet saying that the military may consider disciplinary action for the now famous Vindman, a Purple Heart recipient. His tweet said that the military is “going to certainly, I would imagine, take a look at that.”

Take a look at what? A career military officer doing his job?

A lesson the Trump experience is teaching all of us is how weak our institutions can be. The NSC is now being purged. National security advisor, Robert O’Brien, is talking about it as an “overhaul” of a “bloated” staff that grew unreasonably under the Obama administration. Remember the Obama administration? It ended more than three years ago, but now the Trump team is going to right-size the NSC. It took three years and impeachment to notice. This is not an artful purge.

The Art of the Purge starts by having believable reasoning. Without that, it’s simple, run-of-the-mill payback.

Marie Yovanovitch, the former Ukraine Ambassador, was recalled from her post in the State Department in May of 2019 in the midst of events that also led to Trump’s impeachment. Rudy Giuliani led a smear campaign against her during the months leading up to her removal from that position. Believe what you want about the details of Giuliani’s tactics, the smear was simply unnecessary.

Trump could have made that change without any explanation at all. Why do it this way? Manufacturing reasons to purge an office when there is no need for a reason is not artful. It’s suspicious.

Finally, there is the Justice Department. The president’s public attacks of the prosecutors, the jury and even the presiding judge in the Roger Stone case do nothing but create the appearance that Trump wants to occupy all three of those roles. His attacks on the process have led to four federal prosecutors resigning from the case, including one who resigned from the department entirely. Others are threatening to leave, mainly because the president’s interventions create an environment that there is no longer justice being served at the Justice Department.

Trump could have just pardoned Stone after his sentence. Instead, he threw out art once again, and did it in a more obviously wrong way.

Many American institutions are regularly under siege by this president. The NSC, the State and Justice Departments are clearly tiring of Trump’s leadership. The people at these agencies are professionals who are there to do the job that the institutions require. And even Attorney General Bill Barr told ABC on Thursday that Trump’s tweets are making it “impossible for me to do my job.”

Barr’s comments were likely staged. If they weren’t, we would be in the middle of a presidential tweet-storm like no other right now. But Trump has shown miraculous restraint and has not commented at all.

We often take our institutions for granted. It is more accurate to view them as only existing to the extent that Americans work to keep them alive. If we need them, the citizenry needs to show it, as I expect it will in November.

Lady Justice wears a blindfold because justice is supposed to be blind, objective or without bias. Her evolution comes from humans, and human diligence is all that can make her real.