Aspirational ideas are often the beginnings of progress 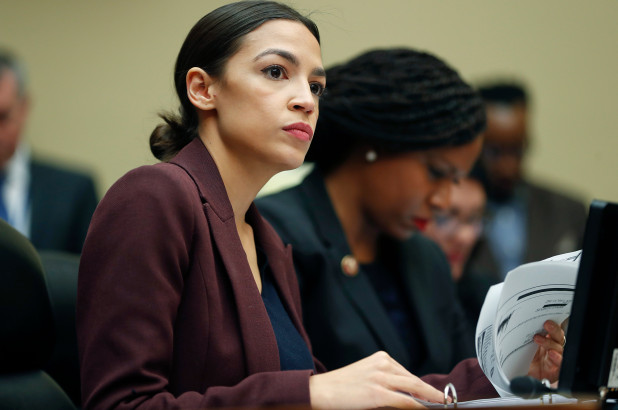 When was the last time anyone in this part of the country cared about a first-term member of the U.S. House of Representatives from The Bronx?

I don’t know, but the gambler in me might go all-in on “never.”

Like her or not, Rep. Alexandria Ocasio-Cortez has changed that. Yes, she makes me nervous. Yes, some of the things she wants to do might provoke pragmatic retorts in the heartland like, “that is unaffordable,” or “that is unrealistic,” or even “that is impossible.”  And yes, even I have uttered things like that in response to some of the suggestions she has made.

But I’m glad she’s making them.

The Green New Deal is a fourteen page, non-binding resolution authored by Ocasio-Cortez that is a wish list of climate change and other policies she would like our nation to adopt. It is not difficult to read or understand, though it has largely gone unread and seems largely misunderstood by the public so far. It is a “manifesto,” which is an ominous sounding word I rarely use.

The first time I recall seeing that word used was in “The Communist Manifesto” written by Karl Marx and Friedrich Engels in 1848. It created the core ideology of socialism–a dirty word for many Americans. Ironically, the Green New Deal is now also being referred to as socialist. However, manifestos have taken many forms over the years, and most have nothing to do with forms of government.

The declaration has aspirational goals like “repairing historic oppression of indigenous peoples” and “restoring and protecting threatened, endangered, and fragile ecosystems…” You know, the kinds of things that are tangential to its dominant theme of climate change, but still horrifying to those on the right. I guess.

It would be horrifying to many of us if the declaration was that it all has to be done right now, damn the expense or harm, and exactly as it is prescribed here. But that’s not what it says.

None of that kept Senate Majority Leader Mitch McConnell from attacking it as a move by the radical left to move our nation down the path to socialism. While many would expect such a partisan response by the GOP leader, what surprises me is the attention this master strategist is giving a 29-year-old freshman in the other chamber. McConnell wants to force all congressional Democrats to join the new kid on the block and label themselves collectively as Marxist enemies of freedom that no American should ever be able to vote for again.

In the process, the GOP is clarifying what the overriding political struggle of today really is: the past versus the future.

I don’t know if the upstart from Brooklyn is the future, but she is definitely looking toward it. I do know that McConnell represents the past. I also know that big aspirations like the Green New Deal only rarely come to fruition. But striving to attain them usually leads to progress.

In my research of the “great manifestos,” I came across a blog written several years ago by an architect named Geoff McDonald. He wrote a piece that listed his top ten of all time. Among them were the Bible;  Dr. Martin Luther King’s “I Have a Dream” speech; the Declaration of Independence; and, President John F. Kennedy’s “Land a Man on the Moon” speech.

The Green New Deal would have to deliver more than political tension, and then some, to be in the top one thousand of a list that has those in its top ten, but all of these things started out with long odds at achievement.  Who knows? Maybe this is the event or the document that marks the beginning of real and lasting progress on climate change. And so what if it isn’t?

So many of the most extraordinary things in our lives began with what seemed like unrealistic ideas at their beginning, one would think that we might start encouraging them.

Like I said, Rep. Ocasio-Cortez makes me nervous, as she does plenty of others. But I’m starting to think that nervousness is a good thing. Even if she falls flat on her face with this big idea, I hope she keeps pushing.

Her hopeful vision of tomorrow is a bright one.