Avoiding war with Russia may be an impossible task 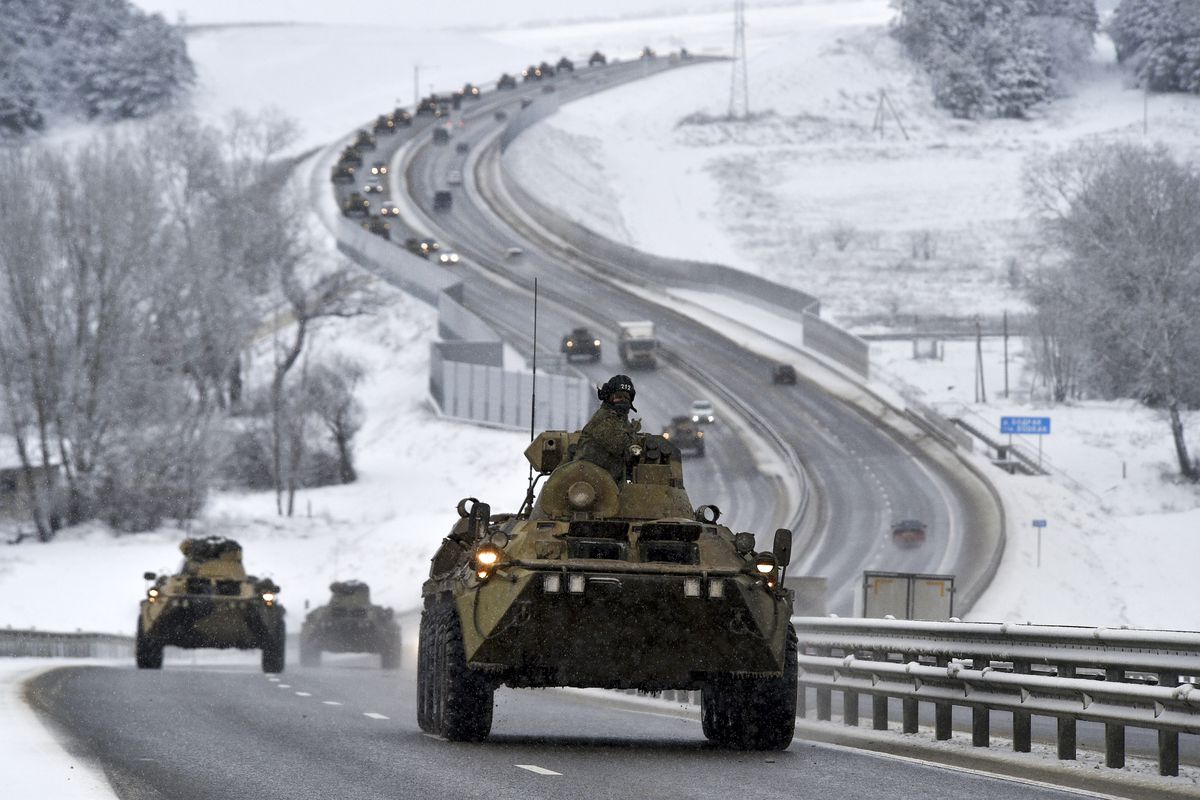 It has a taken a week or two, but Americans have finally found a grievance we can all share together. Only the smallest, most disturbed group among us is having trouble rooting for the people of Ukraine in what appears to be a hopeless defense of their home. Ask anyone around why Russia invaded their peaceful and sovereign neighbor–it is unlikely you will get a justifiable answer. Not around here. Not around any democratic nation on the planet.

Through the journey of our own country’s growing political divide in recent years, we have arrived at a most delicate point: a debate about what democracy means and what its true value is. Our debate has led to a disgusting trend in many states to rewrite the laws and rules of how we elect our leaders–with a clear emphasis on who should vote and who shouldn’t. Battles over these rules of the game have existed since our nation’s founding, but since 2020, the battles have entered a sad, regressive stage.

Fundamentally, voting in America should be one of the easiest things we do, and with each year of technological advance, each election should become easier to participate in than the one before it. And we should all be suspicious of anyone fighting against that.

Russia’s invasion of Ukraine, the thousands of people who have already died in this war’s infancy, and the passionate pleas of Ukraine President Volodomyr Zelensky, should bring into focus the true value of self-governance. We are watching in real time, a tyrant destroy a country in his egomaniacal quest to conquer and possess it. There is no hidden honor in it, and there is nothing with which to empathize when thinking of Vladimir Putin. For the record, there never has been.

Alexis de Tocqueville wrote extensively in his famous 1835 book, “Democracy in America,” of how impressed he was with the individualism he witnessed in the United States during his travels and the advancement and development of self-interest here. According to History.com, he believed America “offered the most advanced example of equality in action,” but warned that a society of individuals can easily become atomized and paradoxically uniform when “every citizen, being assimilated to all the rest, is lost in the crowd.”

Then there are times like these, when that crowd is in agreement. Americans have heard from leaders here for centuries that there is nothing we can’t accomplish together. The dilemma this invasion has created feels unique though. We are war weary here, and the prospect of military engagement is particularly perilous because most assume it leads to nuclear war–a prospect that produces no real victor.

I am studying Tocqueville’s writing to learn how the formation of interest groups has evolved here, a logical step in a culture like ours where freedom, liberty and the advancement of self-interest is primary to our nation’s reason for existence. As I watch the Ukrainians defend their homeland in the face of Putin’s brutality, I struggle to differentiate their vision of freedom and self-determination from our own. It makes the invasion of Ukraine feel like an invasion of America to me.

Early Friday, the Russian army began shelling Europe’s largest nuclear power plant, starting a fire there, before eventually taking control of the plant and extinguishing it. Remember, the largest nuclear accident in history occurred in Chernobyl, Ukraine, in 1986. The contamination is still present in the soil there, thirty-six years later. This specific attack is an ominous display of a lack of humanity that is a feature of the entire campaign. Should the global community believe Putin actually plans to humanely govern Ukraine after callously endangering humanity’s mere ability to exist there? If anyone questioned it before, there is the undeniable answer.

Again, there is no honor in any part of this. The entire endeavor is intolerable.

Putin will eventually destroy Ukraine if someone or something doesn’t intervene to stop him. Simultaneously, the global community’s appropriate economic sanctions are destroying Russia. Who benefits from this destruction? And importantly, why should anyone believe this is where that destruction ends? I certainly don’t.

Watching this unfold with the benefit of modern technology on the ground there is torturous. It feels as though it is impossible for us to do what we will eventually and collectively want to do to help defend Ukraine, in our attempt to prevent World War III from beginning.

My personal struggle with all of it is that I feel like World War III has already begun. It might be best if we prepare for the near future with that truth in mind.