Bias crimes law in a list of three easy steps 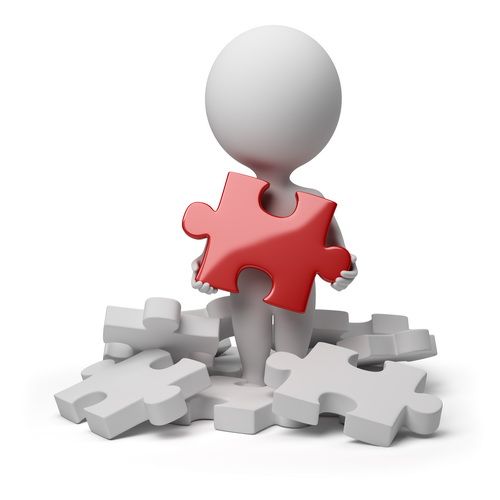 It’s just not that hard.

A cynic might think the Indiana General Assembly is making it hard on purpose. Innocent members of the public might think there is something real to disagree about on hate crimes legislation. I’m not one of those people.

For those who are, I offer a simple three step plan for success.

Step One: Admitting we have a problem.

Hate crimes are happening, and they are on the rise. That sure sounds like a problem and no one is arguing this point, at least not out loud.

If drug crimes were on the rise and new laws might help curb them, would we admit it?  OK, bad example. That’s been done.

What if virtually the entire Indiana business community asked the Republican supermajorities in the legislature for a law that costs taxpayers virtually nothing? Those laws pass every year under the dome.

In this case though, the historically pro-business party in the General Assembly has abandoned them in lieu of something else: fear. They have confirmed they are scared of zealots within their own party during primary season more than they are concerned about the state as a whole.

Many of them have decided to pretend that a list of the human characteristics, or specific types of bias a sentencing bill should address, is the real problem. Senators like Aaron Freeman and Mike Young argued this week that by not specifically defining “bias” and by not specifically listing the “biases,” the bill is broader and more inclusive. To them, any list will create exclusivity, and some characteristic or some identifiable group will certainly be left off of it. However, in four consecutive sessions, not one legislator or interest group has been able to think of what or who is being left off of that list.

This nonsense is simply made up to cover up their fear. 44 of the 45 states with a bias crimes law have a list defining the characteristics. The one that doesn’t is Utah, whose law is under fire by its legal community right now as being ineffective and unusable.

Step Two: Agreeing the problem should be addressed.

If Hoosiers were lucky enough to have its legislature successfully complete Step One, the next step would be a commitment to do something about it.

On Monday, part of the Senate did. The Public Policy Committee passed a bill on a 9-1 vote establishing sentencing guidelines with clear definitions. Overlooked in the fray of the week is the committee version of the bill also included training requirements for law enforcement to be able to identify these elements of crimes. This has been an uncontroversial element of the legislation for years.

On Tuesday though, as part of an amendment by Senator Freeman to remove the sinister list, the training requirements were also removed. In the course of the outrage over the removal of the list, the removal of the training went largely unnoticed. Why wouldn’t we want our police to learn how to recognize and identify these crimes? What is Sen. Freeman afraid of there?

The removal of this language is a giant confession, one that shows Step One still isn’t complete. Members of the Senate, return to the top.

Like the list of characteristics that legislators argue is the problem, there is another list that matters. Governor Eric Holcomb wants off the list of five states without a bias crimes law. Even deniers want off of that list. It’s a damaging problem for our state’s brand.

But even the keepers of this list, the Anti-Defamation League and the National Conference of State Legislatures have already said that a bill without enumerated characteristics or a clear definition is virtually meaningless. The Indiana General Assembly knows this. You guessed it, they are denying this too.

Speaker Brian Bosma said on Thursday he “wants off the list without a list.” Mr. Speaker, you and your colleagues have already been told no on that. NCSL laid it out in an interim committee last year, and ADL put out a statement this week confirming it again. Denying reality doesn’t change it.

The people of Indiana unquestionably want this done. The process is simple. It’s only difficult for those who can’t get through Step One. Who is being served by these fears and denials?

No law-abiding citizen is harmed by a modern law with a modern list. And the nation has already rejected what Bosma is proposing.

The legislature is failing this test on purpose. It would be a real shame if the public allows it.