Cancel culture is as American as Green Eggs and Ham 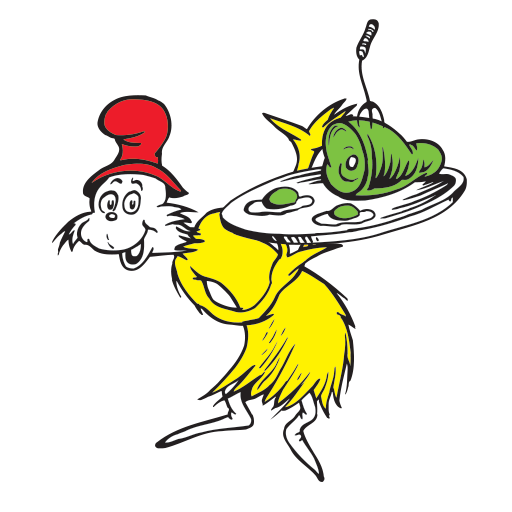 On Tuesday, six Dr. Seuss books found their way to their final resting place–an empty elementary school bookshelf in the sky. That’s right, America, Dr. Seuss Enterprises voluntarily ceased the publication of six books their namesake originally published because the books have “hurtful portrayals of people.” Look these portrayals up. The decision was the correct one.

Ironically, Tuesday was also the late author’s birthday and Read Across America Day, an annual event the National Education Association has used to promote reading, in partnership with Dr. Seuss Enterprises since 1998. That partnership also ended this year. President Joe Biden’s proclamation of the day omitted any mention of Seuss which had been a short lived tradition started by President Barack Obama. Outrageous!

If only I were Dr. Seuss for a day.

I will not protest on Facebook. Put the books in a fire and let them cook.

Yes, I find the suggestion that this kind of cancelling is some new and horrible thing to be seriously comedic.

First, it isn’t new. People and brands have suffered in the dog-eat-dog world of commercial or cultural popularity since the dawn of time. I call it “capitalism.” If marketing and branding battles don’t ever have any losers, then it can’t have any winners either. Right?

A brand will float until it sinks. It only smells good till it stinks.

Second, while it definitely isn’t a new phenomenon, it isn’t horrible either. So many politicians on the right think the viral objections to brands like Aunt Jemima Syrup or Uncle Ben’s Rice, which have led to name changing re-brands, are somehow bad. How so? The reason the names on these products were changed is because their old names were bad for business. It’s just that simple.

Why did the NFL football team from Washington drop the name “Redskins?” It was offensive to large numbers of American people, and again, because it was bad for business. It is not just some political battle fought by politicians. It is all about the money. I’ve written about the Redskins fiasco before, and I am amazed they held out with that awful name as long as they did. I have also written about how activism in America has become more effective when aimed at the private sector instead of the public. There is a simple reason why that is: “customers” are more valuable than “voters” or “citizens” in America. You are hearing me correctly: I am a relentless lib who also believes in markets.

I will not gamble or rely on luck. Customers will leave us if we suck.

Another example:  My wife is no fan of actor Tom Cruise because of a position he took a few years back on mental health treatment. Without reliving the details, Cruise lost a lot of fans as a result of disastrous appearances on Oprah and Today that year. Pro tip to Tom: don’t be insensitive with Oprah’s followers–she was bigger than you then and she always will be. But now if I want to go see a Tom Cruise movie, I have to sneak off and do it alone. Luckily, he hasn’t made a good movie in a long time.

Oprah was the biggest before there was Twitter. An entire generation can’t seem to quit her.

“The Right” also regularly cancels. 2003 was a big year for them because of the Iraq War. Remember the Dixie Chicks? At a March 10, 2003 concert in London, one of the band’s leaders, Natalie Maines, said onstage, “we’re ashamed the president of the United States is from Texas.” Conservatives in America, who made up a good part of the band’s following, went bonkers. The pre-social media damage to their brand was measurable and severe.

The band is now simply called The Chicks and they are doing just fine. Maybe they aren’t as big as french fries, but they aren’t as dead as “Freedom Fries” either.  Remember those? The renaming of the American staple occurred when Republican Congressman Bob Ney of North Carolina, then-chairman of the U.S. House Committee on Administration, required the menu item’s name be changed in all Capitol cafeterias in protest of France’s objection to the Iraq invasion. Ironically, it happened the month before The Chicks’ London concert. The Right was on a roll that year,

I will not eat fries when they’re French. No French wine my thirst can quench.

Cancel culture is synonymous with capitalism. It is hypocritical to hate one and love the other. If Dr. Seuss were still alive, I’m sure he could write a good book about it. With rhymes and pictures.