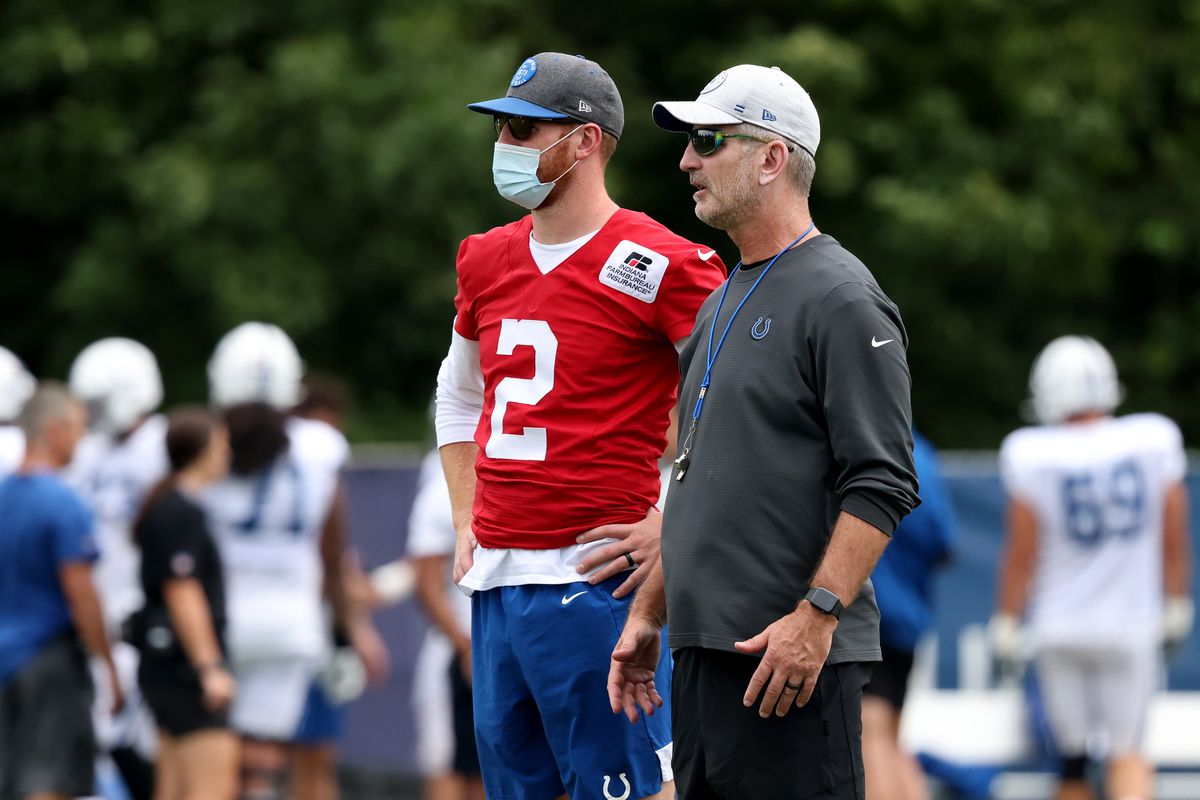 The Baltimore Colts drafted John Elway with the first overall pick in the 1983 draft. He never bothered to even pack his bags for Baltimore, demanding to be traded before the dust even settled on the draft. His Hall of Fame career started and ended in Denver instead.

Elway had choices back then. He had also been drafted by the Kansas City Royals, and would have happily played Major League Baseball before playing football for a team led by owner Bob Irsay and coach Frank Kush. Even the Colts didn’t want to be in Baltimore, leaving in the middle of a snowy night less than a year later for Indianapolis.

Today’s Colts are now burdened with a quarterback it doesn’t, or shouldn’t want. The franchise and the city it now calls home deserve better than Carson Wentz.

Let me be clear: I am a Colts fan. I am rabid about it. I am that guy who has irrational and emotional scar tissue in his soul from the beatings we took from the New England Patriots when the Colts were winning more games than any other team in the NFL. I was the guy who used to waste his energy arguing that Peyton Manning was better than Tom Brady. I despise the city of Boston over it, and I have never even been there. Yes, I’m that guy.

I am also one who would rather see his Colts lose every single game this season than to watch Carson Wentz play quarterback here. His “it’s a personal decision” act regarding getting vaccinated is not only not good enough, it is the most disrespectful thing he could do as a new member of our community. That would be true if he came here to work on any of our voluminous road construction crews, or at Eli Lilly, or heaven forbid, at a hospital or a school. But to choose not to get vaccinated in the situation he is in is truly unfathomable.

Let’s review Mr. Wentz’ situation. Since being drafted by the Philadelphia Eagles in 2016, and being on their roster for five years, he has played two entire seasons. Two. Yes, he has struggled with injuries and that was the most prominent consideration on the table during trade negotiations with the Colts, when Philadelphia had decided to go a different direction at the quarterback position. When he is healthy, he puts up good numbers. But he has been unhealthy more often than he has been healthy. Hmm, maybe he should take better care of himself.

Case in point, he missed the entire preseason schedule over an injury that he brought with him to the Colts. Yes, the unusual bone fragment foot injury was aggravated and discovered in practice here, but his ability to even be healthy enough for opening day on his new team has been in doubt since the beginning of August. We knew then that he was taking the “it’s a personal choice” position on vaccination, and I can recall feeling like he was so contagious that his foot injury spread to the team’s best position player, guard Quenton Nelson.

Yes, Nelson suffered the same unusual foot injury Wentz did, the very next day. I recall believing Nelson did it to himself on purpose just to show our new injury-prone quarterback how to rub some dirt on it.

Bringing Wentz to Indy was a risky move from the start. Indy gave Philly a third round pick this year, and a conditional second round pick in 2022 for him. What are the conditions on that second round pick?  How many snaps Wentz takes this year. That’s right, the value of the trade itself hinges on whether he can show up for work.

The job of playing quarterback in a city like Indianapolis is not just another job. This city, region and state is invested in the Colts. We paid and continue to help pay for the playground in which the team plays. In exchange, we have expectations on the franchise. The NFL is a quarterback’s league. The QB is the de facto leader, captain and chief on the field, and that duty follows into the locker room and onto the streets in the community. This week, Gregg Doyle of the Indianapolis Star pointed out the team’s recent community track record: Peyton Manning’s Children’s Hospital, then matched to some extent by Andrew Luck’s involvement at Riley Children’s Hospital. Now, our highest paid player wouldn’t be allowed inside either place.

Because it’s a personal decision.