Children, and then orphans, of the same foul spirit 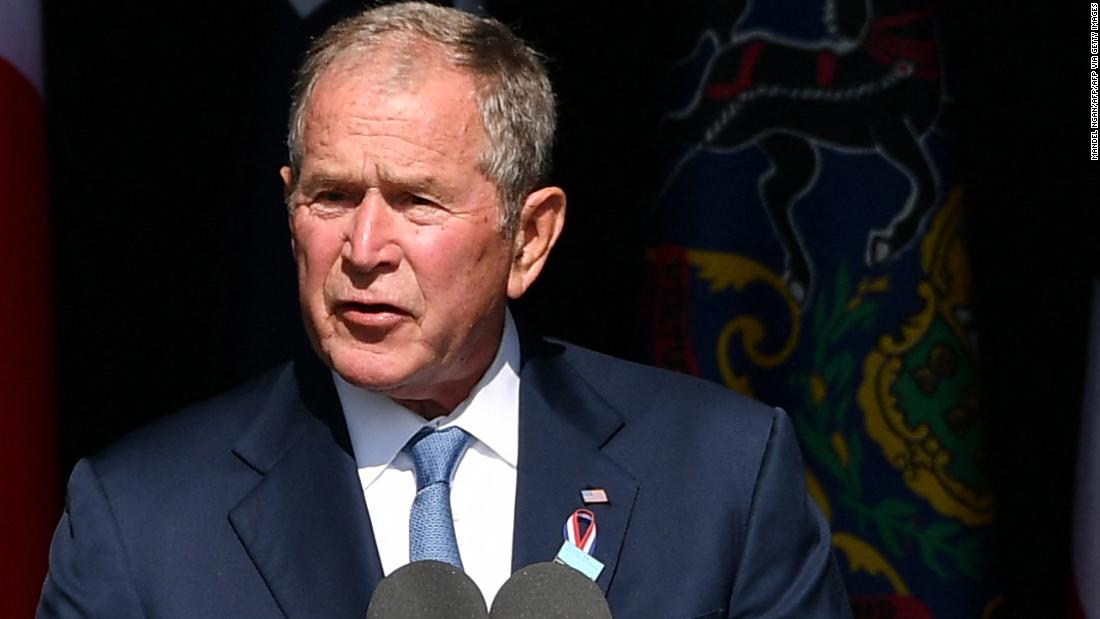 Oh, the things people say. The chronology that leads to the most provocative quotes in history is that they begin with a feeling, which leads to some thinking, and then is organized in some carefully chosen words shared with others.

Eulogies and memorial services of all kinds often inspire profound commentary. Last weekend, as America remembered the tragic events of September 11, 2001, I heard a few speeches, watched a few interviews and read a pile of articles and columns. The people of this nation seem to share an incredibly similar emotional perspective about that day. We did then, and it appears we still do. Since last Saturday, I have found myself wondering how we would collectively feel and respond if those attacks happened today.

One week after we memorialized the events of 9/11, a rally is being held at the U.S. Capitol named “Justice for J6.” That’s right, there is a group of people out there who believe the perpetrators of the January 6th insurrection are not being treated fairly. They are so upset by the injustice to those who stormed the building that houses the nucleus of our democracy during the certification of the presidential election, they are returning to the crime scene to protest the treatment of the original criminal protesters. We have been hearing about this rally for weeks as the Capitol Police and congressional leaders prepare for the worst again. The discussion of those preparations and the more wide discussion of the absurdity of the event appear to have stunted the enthusiasm of the right-wing stunt. I expect it to be a dud, but we’ll see.

I am a true believer in due process, but I found myself browsing Thesaurus.com in search of synonyms for “absurd” to describe the thinking of this group. We need new words for the whole idea of Justice for J6, but for now I will settle on “preposterous.”

One of the speeches from last weekend that has been widely reported, is the one delivered by former President George W. Bush, at the Flight 93 Memorial at Shanksville, Pennsylvania. The memorable sentence was this: “There is little cultural overlap between violent extremists abroad and violent extremists at home, but in their disdain for pluralism, in their disregard for human life, in their determination to defile national symbols, they are children of the same foul spirit.”

Who embodies that foul spirit today? The violent extremists at home to which President Bush refers are clearly the “children” of former President Donald Trump, even though he didn’t mention his name in the speech. I wish he would have. Those children are not sensitive to the impact of nuance.

On Tuesday, during my new and long commute, I was listening to an interview on one of the news stations with conservative writer, George Will, and he said something that nailed my feeling about today’s Republican party. I was a little upset because I was sure I would lose the words before I could make it home and write them down. I found the sentiment captured in an article by Raw Story:

Yes! Do we really think that either Sen. Mitch McConnell or House Minority Leader Kevin McCarthy like or respect their party’s base? Talk about absurd. If they respected the people who are willing to rally to support those who invaded the offices of these men, they would be honest with them. Instead they passively tolerate their worst instincts and pretend those instincts have some meaningful governing ideology.

It is not a mystery why this “base” doesn’t believe the 2020 election was won by President Joe Biden, or more importantly to them, lost by former President Trump.

President John Adams famously wrote in one of his letters on December 17, 1814, “Remember, democracy never lasts long. It soon wastes, exhausts, and murders itself. There never was a democracy yet that did not commit suicide.”

That is what we are watching now. It would probably surprise Adams that it took this long.

These children, these orphans, desperately need parenting. If our democracy is to survive.