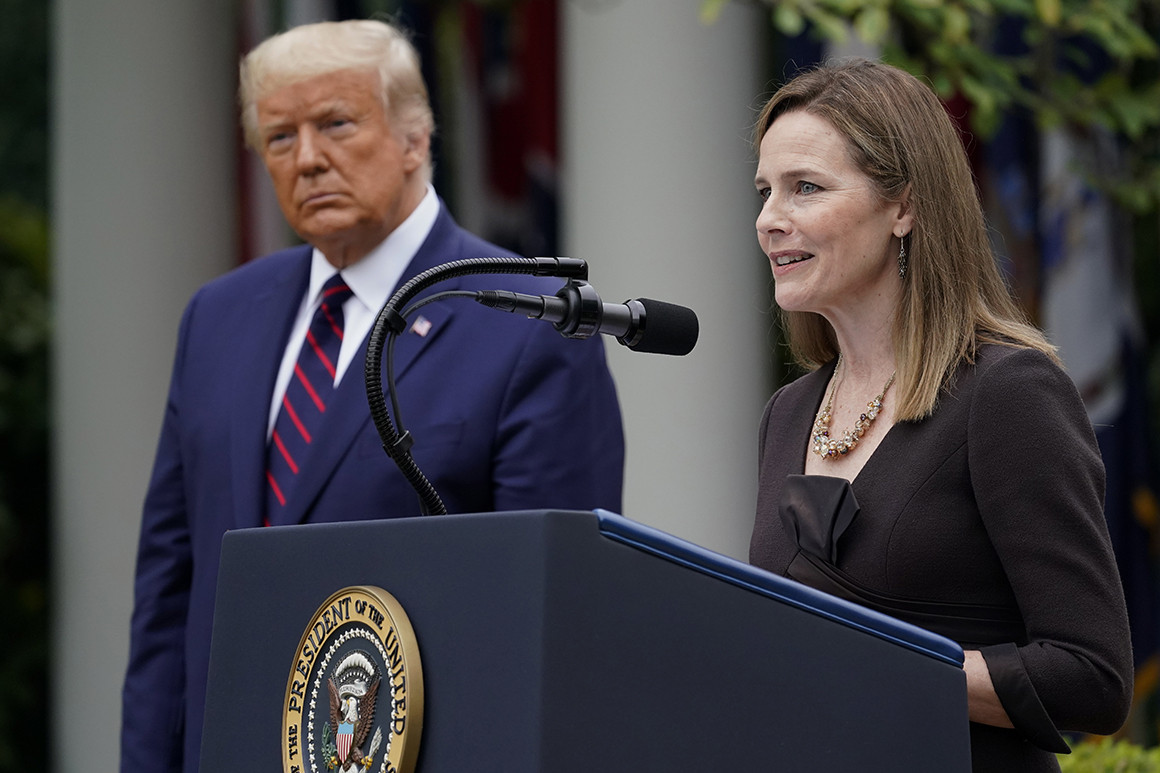 Twenty-nine years ago, Justice Clarence Thomas was confirmed to the U.S. Supreme Court. Like many Americans, I vividly remember his confirmation more than anything he has said or written since.

I see Anita Hill when anyone mentions him.

Two years ago, it was Justice Brett Kavanaugh’s turn in another unforgettable confirmation. I see Christine Blasey Ford when anyone mentions him. And like Anita Hill, I know I always will.

The U.S. Supreme Court has faced challenges to its legitimacy periodically throughout American history. The nomination of Judge Amy Coney Barrett by President Donald Trump, and the conniving handling of the confirmation of it by Senate Majority Leader Mitch McConnell and his minions, will deal that legitimacy a serious blow. Not since the days of President Franklin Roosevelt has the court faced this sort of existential scrutiny.

The court must regularly face sociological, moral and legal legitimacy tests, according to Professor Richard Fallon, in his book, Law and Legitimacy in the Supreme Court. Tara Leigh Grove did an extensive review of Fallon’s book in the Harvard Law Review last year. I will let the lawyers debate the legal test, but Barrett’s confirmation, at this moment, clearly fails the other two.

On sociological legitimacy, the public needs to view the court as being worthy of respect and obedience. This would be a challenge anytime the court becomes out of balance in either direction under the best of political circumstances. But in the political climate of the moment, it is all but certain the national election occurring right now will result in more Democrat votes than Republican ones. Only once in the last 32 years has a majority voted for the Republican presidential candidate. So, having a supreme court with a 6-3 majority of Republican appointees fails the sociological measure, bigly.

Regarding moral legitimacy, Fallon describes it as “focusing on whether people should treat a legal regime or its institutions as worthy of respect and obedience…” He goes on to use the example of the Nazi regime in Germany as a good example of a government that did not have moral legitimacy. And we all know how that turned out. Barrett’s public statements of hostility toward the Affordable Care Act and women’s reproductive health rights cause her failing here. Not because I disagree with her, but because a large majority of Americans do.

The sociological and moral legitimacy of the court will be damaged if Barrett is confirmed as we all should expect her to be. The bulk of the country will view the court as an entity we should not respect, and possibly won’t. So, what could that mean?

Let me give you a hypothetical. What happens if a state wanted to ban gay marriage again, and the only thing preventing them from doing it is the ruling in Obergefell v. Hodges? If that state no longer viewed the authority of the ruling as legitimate, what would stop them? I have visions of President John F. Kennedy mobilizing the National Guard to enforce Brown v. Board of Education in the face of Alabama Governor George Wallace in June of 1963. And that was nine years after the landmark ruling.

Are America’s institutions ready to do that kind of thing again today, even after four years of the institutional siege Trump has put them through?

Finally, it is absolutely true that the U.S. Constitution empowers Trump to nominate and the Senate to confirm Barrett, regardless of its proximity to the election. But what is utter nonsense is the notion put out by McConnell and his caucus that there is some relevance to what he describes as “divided government.” What he means when he says that is when the Senate and the presidency are controlled by different parties. The Constitution is purposely silent with regard to political parties. James Madison wrote in the Federalist Papers that one of the functions of a “well-constructed Union” should be “its tendency to break and control the violence of faction,” as detailed by the History Channel.

In other words, “divided government” is not a thing, Mitch. That’s just a ludicrous dodge to justify his blockade four years ago.

The circumstances we are in right now are historically unique. The credibility of the court is at stake, not just its partisan balance. And rest assured, there will be a response of some kind. Imagine Barrett’s 51-49 confirmation on Halloween, and a Democrat landslide three days later. The new power in Washington will act.

And I wonder who Americans will see when her name comes up forever after.