Corporate Man! Our tax plan is investing in a comicbook fantasy 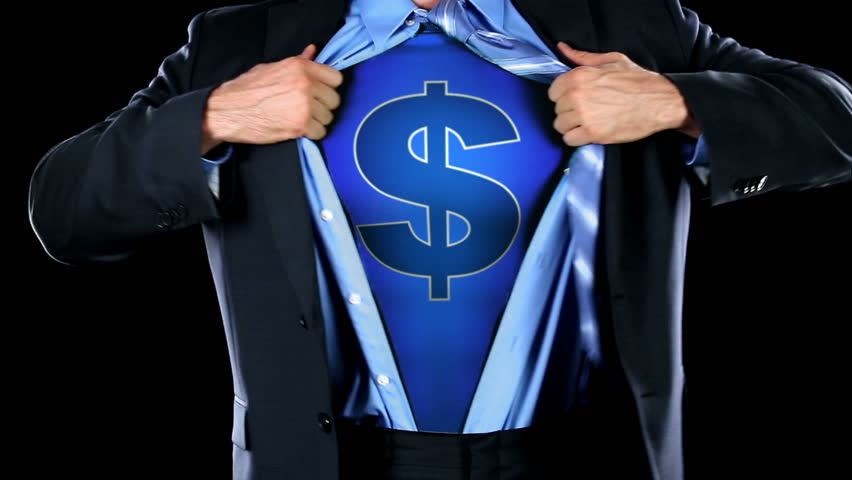 “Corporate Man!” is the newest, baddest superhero in the neighborhood. He (of course it’s a man) knows no limits and has no discretion. He wants money, money, money.  It’s never enough.  Ever.

All is well in the real life drama of Corporate Man!. The stock market is breaking records every week. State and local governments are throwing incentives at businesses as part of the process of begging them to locate here, there and anywhere. Amazon is not the only one, it’s just the biggest and latest one.  Good for them. And good luck, I guess, to the lucky winner of this almost disgusting courtship countless city bidders are having with them.

Money is cheap for Corporate Man! today. He can get it anywhere. It’s like it grows on trees. When he loads up on more of it, he just gets stronger and more profitable.  After all, that’s why he was created in the first place: to make as much money as possible.

So why should 80% of the proposed GOP tax plan be spent on tax breaks for corporations, and the owners and managers of them?

The American economy is enjoying the third longest stretch of economic growth since World War II. If the growth continues past May, it will be the second longest. Corporate Man! knows that. But our government is pretending it doesn’t.

This is not a column that rants about the same old mantra. “It’s just tax breaks for the rich” is the easy way to describe it.  It’s actually a little lazy. Today we are going to differentiate what this latest tax cut proposal is doing.  It is investing in businesses, and business owners, not people.

By reducing taxes on businesses, particularly when businesses don’t need it, Congress and President Trump imply that businesses are poised to invest in people through the ‘trickle down’ theory of old.  To sell tax cuts for businesses to the voting public as a direct benefit to the middle class assumes that business will take their newfound slush funds and pass them through to workers, or potential workers. That pass through could come in the form of more training, more opportunity, or just better pay and benefits.

The problem is that, as Corporate Man! will tell you, businesses are not organized or founded to create opportunity for others. They are founded to make money.  They are designed to make money for the owners. Employees and/or labor is a cost. Taxing businesses less doesn’t magically change the cost of labor, or the cost of people. Neither does simply having more money. That more often just translates into more profit.

Why would anyone buy a copy of a Corporate Man! comic book? Probably only if a rival hero can enter the fray, right?

I introduce to you Super Educato Man!

This guy takes tax breaks and turns the money into skills. He turns it into knowledge. He turns it into smarts. He invents his own businesses. And most of all, he grows in value, in direct proportion to the investment made in him. In real life, he could just as easily be a woman. Hell, “he” might actually be a “she” already!

Now, as things stand right now, both the Senate and the House tax plans are designed to hurt investing in Super Educato Man!.  It’s as if the GOP thinks our people are better if it is harder, or at least more expensive, to go to school.  Deducting interest on student loans is out. Certain grants and scholarships will now be taxed as income. It’s a battle of two super heroes. One cares about people, and the other cares about money. Both of them matter, but not equally. Especially in Congress.

Even here in Indiana, Governor Eric Holcomb’s number one priority is to improve the way we develop our workforce. He recognizes that we have all the elements of an attractive business climate in Indiana, with one shortcoming: our skilled and educated workforce is too small.  We are all but fully employed here, as are most places in America. To get to the next level, our workers need to be prepared to do next level things.  That means, we have to educate and train them.

What would the Guv do with Indiana’s pro rata share of a $1.7 trillion reduction in taxes over the next decade?  I’m betting he would spend it on two things first, and both of those things are the same thing: people. He would do something to prepare our workers for tomorrow’s economy, and he would work on strategies to defeat the scourge of the opioid crisis.

Corporate Man! might spend some money on his own people. He won’t spend it on people who will make someone else rich. And that’s why this tax bill is so stupid. By design, yes it will make the rich richer.

My bigger concern though is why they want to make the poor not just poorer, but less educated.

I root for Super Educato Man! even though he is clearly losing these early battles. We should root for both of them.

But in comic books, nothing beats a great superhero comeback. So stay tuned.