Corruption doesn’t change ‘Under the Banner of Heaven’ 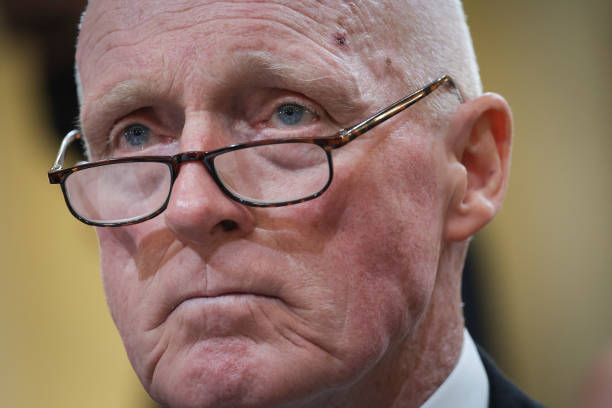 A friend told me to watch it, so I did.

Hulu’s seven-episode series, “Under the Banner of Heaven,” is based on the non-fiction, true crime book by Jon Krakauer. It details a murder investigation of a woman and her baby intertwined in storytelling of the founding and evolution of the Mormon church. It shows how manipulation of religious tenets can run astray and justify horrible acts. It led to the detective investigating the case, a devout member of the same church, to begin questioning his own faith.

It was tough to watch. The specific crime was horrific, but the deranged spiritually-based motive was even more disturbing.

I was lucky to be able to see Rusty Bowers, the speaker of the Arizona House of Representatives, testify recently before the January 6 Committee. It was a fascinating story Bowers told about the pressure he got from then President Donald Trump to participate in a coup to flip the electoral votes of Arizona from President-elect Joe Biden to Trump. He successfully resisted that pressure, using his commitment to his oath of office and his faith as the sources of his needed strength.

“It is a tenet of my faith that the Constitution is divinely inspired …” Bowers testified. And while that specific language made me cringe a little, as I learned more about him and his faith in The Church of Jesus Christ of Latter-Day Saints, I thought I understood him better.

That understanding was short-lived.

Two days later the Associated Press published a story that included this comment from Bowers: “If he (Trump) is the nominee, if he was up against Biden, I’d vote for him again.”

My little cringe on Tuesday became a brutal grimace on Thursday.

Speaker Bowers, let me give you a quick bit of advice. If a person is a politician and a crook, they will always be a crook first. That person will need to take care of the lies, the crimes, the witnesses, etc., first. Always. Every single time. That person is likely only a politician to help feed the corrupt part of his life, not the other way around.

Bowers’ faith cannot reconcile this error, one that has never been clearer than in the example of Donald Trump. The Arizona speaker shouldn’t kid himself into believing that Trump will be a straight-shooting partisan if he runs again. He was never that and won’t ever be that in the future.

There are plenty of others who can fill the partisan role. Plenty who aren’t crooks.

The weekend prior to Bowers’ appearance before the committee, the Indiana Republican Party held its convention. The primary reason for the convention was to nominate candidates for some key statewide offices for the November election.

The party nominated Diego Morales as its candidate for secretary of state.

Morales was fired from his job as special assistant to then-Secretary of State Todd Rokita for incompetence and a lack of professionalism in 2009, according to the Indianapolis Star. Then he returned to the office in 2011 as an outreach and advance manager, only to be put on an improvement plan shortly after. That plan, to which he would not agree, led to his second separation from the office, the Star reported.

As sequels go, this one would have seemed ill-conceived to begin with, and it ended in predictable fashion. Republicans are now looking for a three-peat.

Former Secretaries of State Sue Ann Gilroy and Connie Lawson, and the current office holder, Holli Sullivan, have a few things in common. But the important shared trait is the one that is a primary requirement of the job: competence. It’s the one thing Morales has shown us he is not.

Morales only offers his willingness to support the big lie, and to pursue all its unholy virtues. And Republicans in Indiana have now chosen a candidate, who has conveniently documented his inability to do the job, under the banner of Trumpism.

Luckily, elections usually offer choices and this one is no different.

The banner of American government starts with ethics and competence. Without them, it is no longer America.