A crisis of a ship with no one at the helm 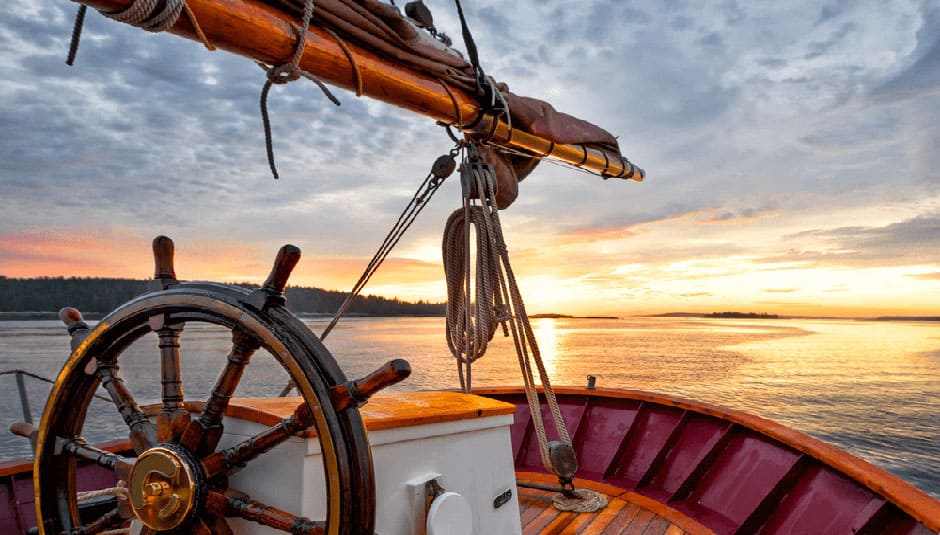 Adrift. That is the kindest word that can be used to describe where our federal government’s leadership is at this moment. It started poorly with the presidential labeling of his most overused word today. It rhymes with “soaks,” “pokes,” or maybe “jokes,” but it ends with an “x.”

Governors and mayors across the country largely refused to wait for guidance from President Trump to respond to the pandemic, not because they wanted to cross him, but because he did not seize the moment and position himself as the one at the helm. Being “at the helm” is a nautical term that translates well here. The “helm” is the wheel or tiller used to steer a boat, and when there is no one there, the boat tends to go wherever the tide dictates.

I looked for a story rooted in some ancient folklore, preferably from Greek mythology, to explain the phrase more deeply but it turns out it just isn’t that complicated. In the White House on COVID-19, there is clearly no one at the helm.

What started for Trump as a strategy to pretend the coronovirus wasn’t real, then evolved into a strategy to downplay it into just another flu, has become nothing but a collection of incoherent spasms of noise. Earlier this week, Trump claimed to have “absolute” and “total” authority to decide when we “reopen the economy.” That claim took only minutes for an avalanche of bipartisan objections to pile up on top of the president, mainly citing the 10th Amendment to the U.S. Constitution. This seemingly limitless power Trump conjured for himself, paired well with his prior claim to have no responsibility for the measurably horrible initial response our nation has had to the pandemic.

Charlie Sykes, the conservative former radio talk show host and editor of The Bulwark wrote on Thursday, “There is something quintessentially Trumpian about the claim of total authority and zero responsibility. He alone can save us, he insists, but don’t blame him if he doesn’t.” Governors of both parties are playing nice with the president so they don’t have to feel his wrath when say Michigan needs ventilators from the national stockpile or when say New York needs healthcare capacity from military hospital boats.

States have the authority to enforce things like stay-at-home orders. And they have the authority to modify or lift them. The pandemic is a national crisis though, and had the president led on it from the start, most states would have happily followed. But he didn’t, and still does not have any sort of visible strategy that states can unite around. The void is so deep, at least three coalitions of states have already sprung up for the purpose of cooperatively establishing economic plans for the easing of restrictions when things become more safe.

The president, any president, should have been forming and leading these coalitions. But they formed without even consulting him.

Approval ratings of governors of both parties across the country on average are a net twenty-five points higher than Trump’s. The president received an initial positive bump in his approval rating, but his daily press briefings have done nothing but accentuate his chaotic, undisciplined approach every evening for an hour or two. Gallup polling shows Trump’s ratings as the lowest they have been in five months.

By Thursday of this week, the Coronavirus Task Force had issued new guidelines in a three-phase approach that completely omits a plan for significant testing of Americans. The rollout of the guidelines featured a clarification by Trump’s team that governors can follow the guidelines or not. It is entirely up to them.

Americans have grown to trust Dr. Anthony Fauci and Dr. Deborah Birx, but the president keeps getting in their way. We are ending each day viewing these horrifying media events in the briefing room or the Rose Garden from our shelter in place locales, consistently feeling slightly worse than the day before. This week, the new communications team even showed a campaign-style video touting the White House response successes, which led to an epic meltdown between Trump and Paula Reid from CBS on how the administration wasted the entire month of February.

No other modern president would have so awkwardly punted his own presidency like this.

Adrift. That is what our federal government is right now. There is no one at the helm, and for President Trump, regaining that leadership role is no longer possible. By the time this ship approaches the shore, it will likely have an entirely new captain.