Documentary “Behind the Bullet” tells uncommon stories about killing 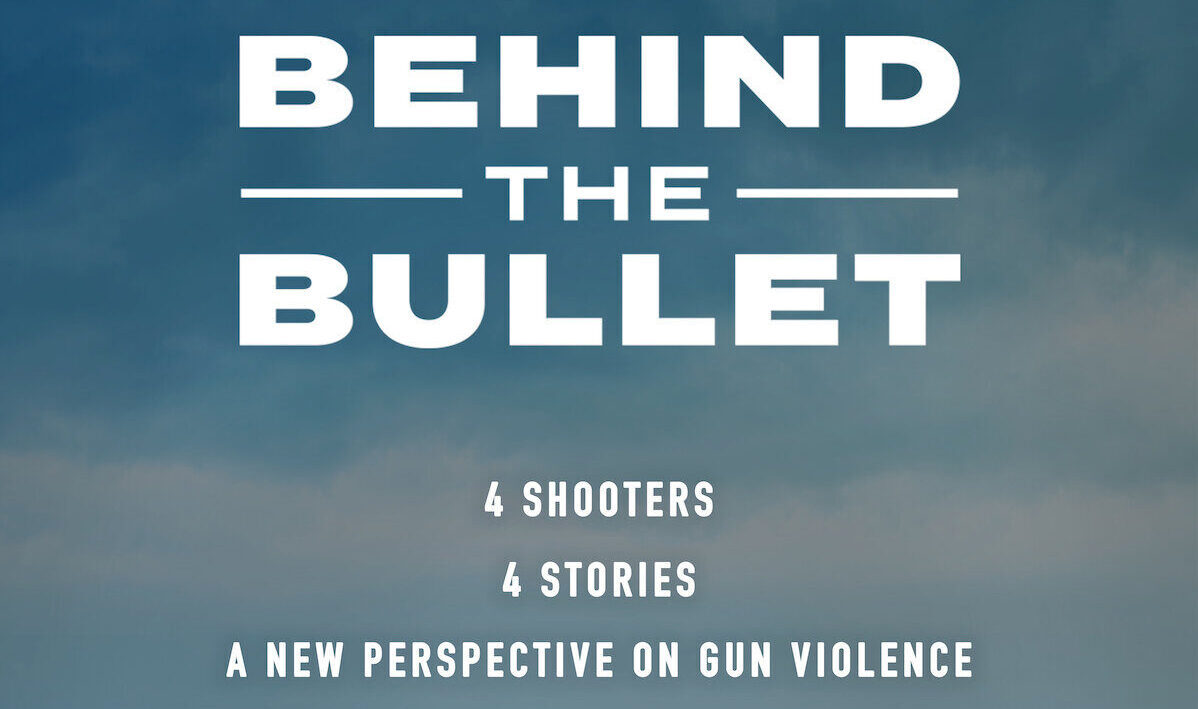 “It’s a hell of a thing, killing a man,” is my favorite quote from my all-time favorite western. “Unforgiven” is the Oscar-winning, 1992 Clint Eastwood movie about William Munny, a has-been killer who learns of a $1000 bounty in Big Whiskey, Wyoming that brings him out of retirement.

Our modern and public discussions about gun violence often skip this part of the trauma. Americans intuitively view resolutions of conflict, including violent conflict, through a search for winners and losers. The truth is violent conflict rarely produces a winner. Including those who pull the trigger and come out of it alive.

“Behind the Bullet” is a 2019 documentary directed by Heidi Yewman, that explores the impact America’s death-by-gun problem has on the shooter. Yewman was at Indiana University last week to discuss the making of the film and the related experiences connected to its creation. One of my classes is studying the gun safety movement right now, so the timing of her visit was fortuitous.

The film explores the experiences of four people, from four different worlds, who pulled the trigger.

“Christen” survived an attempted suicide, and the film documents a segment of her journey through her forty-sixth and forty-seventh reconstructive surgeries on her face. Another subject explores an accidental shooting where “Taylor,” an 8-year-old boy finds his mother’s gun and shoots his 5-year-old brother, killing him. Ten years after that tragedy, Yewman films the family of the boys and the struggle of their collective lives.

As provocative as these two stories are, I found myself drawn to the film’s other two subjects.

“Kevin” came home one evening to discover his rural Washington home being burglarized. In the chaos of the moment, he drew his gun and shot one of the two intruders, killing him. He called 911 shortly after, but it took thirty minutes for emergency workers to reach his remote location. Kevin watched the burglar slowly die during that agonizing wait.

The film is excellent at capturing the emotional and psychological struggle Kevin is experiencing today. There is a void of support for him in his rural community — most see what he did as the logical and rational thing for him or anyone else to do in the moment. Therefore, what’s the problem? This mindset leads the film’s audience to feel that Kevin has largely been abandoned, left to fend for himself to recover from the trauma that will dominate the rest of his life.

Which leads me to “Will.”

I was running a few minutes late to the event in Bloomington, as I often do on my drive from Indianapolis. When I arrived, one of my students was participating in introductions, and by the time I sat down, Yewman was making her opening remarks. I listened closely to her, as I had just finished watching the film and I had my typical list of questions about her process. Several minutes went by before I noticed him sitting next to her.

Will had made the trip to Bloomington too, an unexpected surprise.

He is from Philadelphia, and was a “hustler” on the streets there in the 80’s. As an 18-year-old in the throes of all the things that come with being that hustler, he found himself in a modern-day shootout. When the smoke cleared, Will had shot and killed another young man.

It took a few days, but the police came to Will’s house and knocked on the door. I will always remember him mimicking that knock on the table in front of him. He knew from the sound it was the police coming for him. Ten years later, he was released from prison. 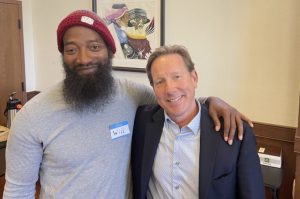 Will Latif Little and me at last week’s IU lecture.

My connection to Will comes from my time working in the Department of Correction here, while he was in prison there. I worked with hundreds of young hustlers in the late 80’s and early 90’s who were his age. His story in the film sounded so familiar to me. His story at IU even more so.

He said, “I was addicted to every part of it,” when he was talking about his life before prison. And that the gun’s presence was just a part of that broader addiction. At 52, his recovery from all of it and his leadership for others away from it is his life’s purpose. It was a thrill meeting and connecting with Will Latif Little, and learning about what he’s doing now, which is so clearly driven by who he was then.

Yes, it’s a hell of thing. America’s gun violence problem is larger than most think, especially when we rightfully include these stories. For the nearly 40,000 deaths by bullets in this country every year, the trauma is exponentially larger.