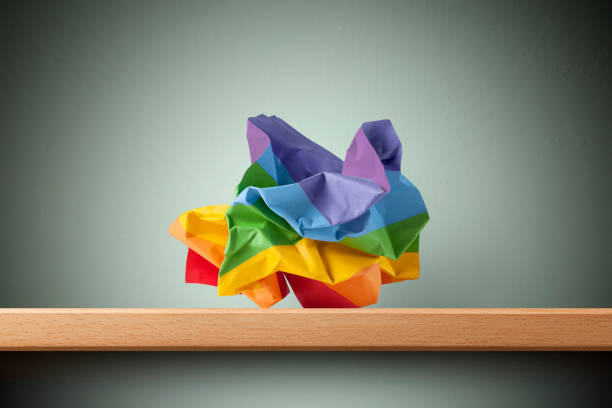 If I could go back a few decades and change what was a part of the public education offered to me, I exclusively regret what my schools did not teach me. I can’t recall a single thing they taught that I wish I hadn’t learned. Try it yourself. Really try to think about an actual lesson you learned that you wish had not been taught.

Dodge ball? I can’t complain about that, I was a champ at it. Choir? Loved it. That second entire year of Physics? Admittedly, I wish I could trade that for a year of Spanish, but it does help me with “Jeopardy” from time to time.

How fantastic it must be for a state legislature, in any state, to believe that one of its problems is that its schools are teaching too much. Delusions usually are fantastic, coming from the word’s root, “fantasy.” I learned things like that in school.

So, when Florida Gov. Ron DeSantis signed its “Don’t Say Gay” law earlier this year, I thought to myself, only the delusional can possibly believe that learning less will actually make us smarter. But that’s the ridiculous, fantastical premise of the new law. I’m sure the law has been a smashing success, right? After all, it is months old and there is data to show how much smarter Floridian children have become now that they can’t say “gay” in those schools, right?

This has nothing to do with the education of our children. It is entirely a debate about the political whims of those looking to benefit from these particular political whims. It is disguised as an issue of “parental rights,” so, let’s discuss that fallacy as a subset of the larger fantasy for a moment.

Parents don’t fund public schools. Taxpayers do. For parents who don’t want their 15-year-old child to be exposed to a discussion of “gay” or any of its derivatives, do not make the mistake of thinking that it is, or should be, your choice as to what the public school teaches. That school doesn’t exist exclusively for your sophomore. It exists for the entire taxpaying community, before, during, and after your child attends it.

There are plenty of reasons for that. But my favorite author, John Green, likely said it best: “Public education does not exist for the benefit of students or the benefit of their parents. It exists for the benefit of the social order. So let me explain why I like to pay taxes for schools, even though I don’t personally have a kid in school. It’s because I don’t like living in a country with a bunch of stupid people.”

Last week, Arika Herron reported for the Indianapolis Star that Rep. Bob Behning, the longtime chairman of the Indiana House Education Committee, expects one of his colleagues to file legislation “similar to what Florida did in regard to sexual orientation.” This vague statement is clearly a trial balloon, a test, to see if any outrage might arise. But the Florida law is vague too, and even though it has already been enacted, what does it actually say?

As Alberto Cairo wrote for the Washington Post in October, the Florida law is “deliberately vague.” It “prohibits ‘instruction’ on sexual orientation or gender identity in kindergarten through third grade and, beyond them, in a manner that is not age appropriate or developmentally appropriate for students in accordance with state standards.”

I learned about vagueness in school too, but I became more of an expert at strategic vagueness much later in life as a political operative. It really means whatever the politicians in charge want it to mean and for whatever purpose. As an education policy, fundamentally, it is designed to prevent or restrict learning, not enhance it.

One recent metric of concern in Indiana is how fewer Hoosiers are now going to college. “Indiana’s sharp one-year college-going decline is alarming, and we have to treat it as such,” said Indiana Commissioner for Higher Education Chris Lowery in June to the Star. Driving this number up has been an Indiana goal since the days of Governor Mitch Daniels, an endeavor that has failed thus far.

This could be the reason Indiana House Speaker Todd Huston recently announced a desire to “reinvent” high school in the state at an Indiana Chamber of Commerce event in November.

If we really want to go back to the drawing board, let’s start by a getting few things straight. Public education exists for the benefit of the public. To have smarter people, they need to learn more, not less. And most of all, being gay will always be better than being stupid.