Even for the Pilgrims, they came here in search of more 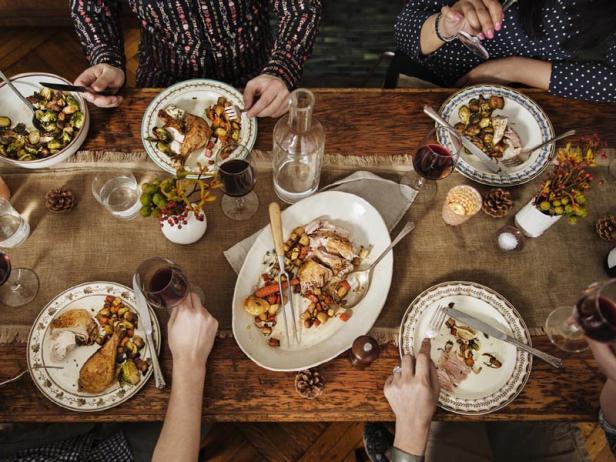 I always thought, though I cannot remember if I was specifically taught it or if I simply assumed it, that the Pilgrims came to what is now America in search of religious freedom. Not so.

Yes, they fled England in search of that freedom, but they found it in the Dutch city of Leiden more than a decade before the historic Mayflower trip. The problem with the newfound religious freedom they had secured in Holland, was that they did not also have economic freedom, which made evangelizing difficult. Growing their faith in Leiden would be difficult if it also meant that joining it included a lifetime of poverty as a low-wage worker making cloth in that city’s textile industry.

The Pilgrims wanted both religious and economic freedom. It appears either freedom suffers without the other, even four hundred years ago.

I have written it many times before that Thanksgiving is my favorite holiday. Not because of its origination in 1621, or in spite of it either. But because of what it means to me now, particularly in 2020. Words are so important, and this holiday’s name is so apt, debates of its history will always struggle to move its purpose off its target sentiment of gratitude in any significant way.

We have a holiday designed to celebrate gratitude. Gratitude for what? Name it and celebrate it. It really is that simple.

For many Americans, the tradition is about turkey dinners with family and other members of one’s inner circle. Yea, I do that. It was a gathering of four this year for me, not ten or more like usual. And yes, it was still wonderful.

Other modern traditions like the Macy’s Thanksgiving Day Parade are meaningful to some, just like football is to an even larger bunch. Both traditions were absent the crowds they normally gather in New York, Detroit and Dallas due to the pandemic. The NFL added a night game in 2006, which was the only one featuring good teams this year, with division rivals Pittsburgh Steelers and Baltimore Ravens scheduled to play. This has become known as the “turkey sandwich” game for me, and even though the game was postponed, turkey sandwiches went on as scheduled along with not one, but two different kinds of pie.

The reasons for gratitude continue to be too numerous to recount, even in an awful year like 2020. I have plenty of reasons for optimism and hope. I tend to appreciate the mystery and potential of tomorrow more than the achievement and nostalgia of yesterday. And I am confident that tomorrow will be full of new and exciting things for which to be thankful, just like I was last Thanksgiving.

I wasn’t wrong last year. Even though the last twelve months have been uniquely challenging for me, just like everyone else, there are plenty of really bright spots. The truth is that my wife and I have actually had a great year. Our careers are as strong as ever. She is leading a strong women’s leadership program. I get to teach sixty-four college students a subject of which I am passionate and have seen some of them grow passionate about it too. Our entire family is comparatively healthy.

A mentor of mine has said to me several times that it is good to occasionally look back at our pasts with a critical eye, but that it is not healthy to stop and stare. If I knew what 2020 had in store for us ahead of time, I would have planned for it differently. Most of us can agree with that. But I am thankful for the year’s unexpected experiences.

I have a newfound appreciation for the things that were cancelled this year but will be back. Concerts and plays will be back. Stand-up comedy will return. New movies will be filmed, and movie theaters will reopen.

This won’t be the last year in the foreseeable future that Indiana University football will be this good. Right? My thirteen-year-old nephew, who hit his first hole-in-one this week, will hit another one someday. Right?

We can certainly dream. And that’s what I’m thankful for the most–all of the possibilities.

The Pilgrims left England in 1608 in a quest for religious freedom and found it. Thirteen years later, they celebrated what became America’s first Thanksgiving because they wanted and needed more. I’m glad they did.

Their Puritanical views never inspired me much. But their search for a brighter tomorrow is what led them here. This year, it is that kind of optimism I appreciate most.