My fellow Americans, I have a bedtime spook story to tell you 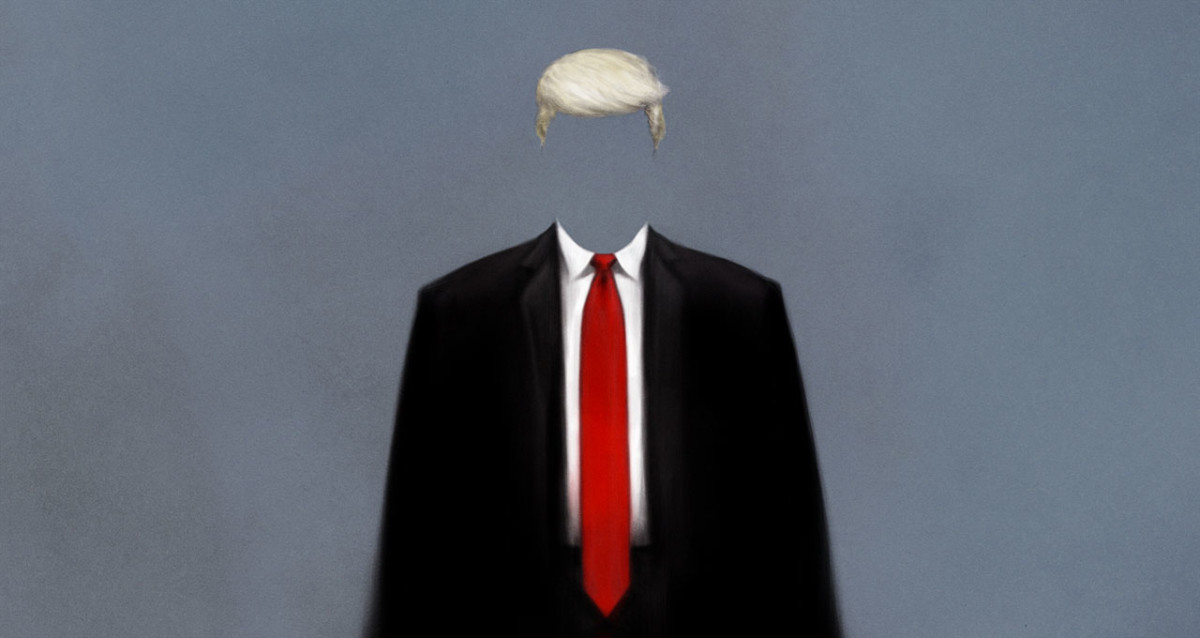 It was 9:00 on a dreary, wintery Tuesday night. Something lurked in the living room that was frightening in an almost inhuman way. A ghost or some sort of supernatural being had seized control of America’s television networks to tell a skin-crawling tale of evil abounding to our south. It is engulfing our humanity.  It is roaming freely among us. What can we do? What can we do?

President Trump obliterated another norm of his office this week that dates back to President Dwight D. Eisenhower: the network television address. What norm did he bust exactly? These addresses have historically been used to communicate news that the president wanted to deliver himself. And also to calm us.

Trump communicated no news, but more importantly, the entire nine-minute chat was designed to scare us.  It was an attempt to convince the country a crisis exists at the southern border. If public opinion shifts dramatically toward him on this, then maybe Speaker Nancy Pelosi will cave in and give him the $5.7 billion for his wall.  And even if she doesn’t, maybe the public won’t revolt if Trump decides to change the name of “crisis” to “national emergency,” and begins construction without congressional approval.

That is not the kind of thing that has served as a theme of a presidential network television address ever before. It is clearly a political message, and the acquiescence to the request by the networks came after significant consternation, followed by widespread critique. These are the same networks that rejected a similar request by former President Barack Obama in 2014. Of course, he made the request during “sweeps week” and the networks didn’t want to risk viewers changing the channel to avoid his immigration speech and then not returning.

My first television memory is of former President Richard Nixon, using a network address to resign. I was almost seven-years old. I didn’t understand it, but it sure seemed like a big deal to the older people in my house. But even that speech was more dignified and presidential than the one we saw this week.

Eisenhower was the first to use the medium. In the first speech of its kind, he announced the ordering of troops to desegregate schools in Little Rock, Arkansas.  He famously stated that “mob rule cannot be allowed to override the decisions of our courts.” He made the address on September 24, 1957 in defense of the Supreme Court’s 1954 landmark decision in Brown v. Board of Education. Ike was not even a supporter of the decision, but he did his job any way.

President John F. Kennedy addressed desegregation as well during his term. His June 11, 1963 address announced that he had federalized the Alabama national guard to force the admittance of two African-American students to the University of Alabama. I went to watch the speech this week, but the National Archives is closed due to the Trump shutdown. How ironic?

I was at work the night the late President George H.W. Bush took to the airwaves to announce the launch of Operation Desert Storm. It was January 16, 1991 and I vividly remember having doubts about the strength of Saddam Hussein’s military. Why would he invite an American engagement if he couldn’t stand up against it?  “These are the times that try men’s souls,” is a quote from Thomas Paine that President Bush used in his speech.

Times have changed. The way we get information has changed almost as much as presidential behavior. Almost.

President Trump is losing a political battle of wills. He is now pulling out all of the stops to try and get what he wants, exactly as he wants it, instead of trying to cut the best deal he can and move on.  It was an unnecessary use of the network address on Tuesday night, and it is absurd to use his campaign wall jabber as an excuse to declare an emergency and bypass congressional budget processes.

In real crises, presidents try to convince us that all is well and to remain calm.

Former Indianapolis Catholic Archbishop, and now New Jersey based Cardinal Joe Tobin said of the Trump speech: “I listened with deep disappointment to the dehumanizing words used to describe our immigrant sisters and brothers.”

I’m disappointed too. I’m an early nighter, and I tuned in to watch it right before bed with the hope of hearing one of those scary bedtime stories like my big sisters used to tell me.

I’m disappointed most because his spook story wasn’t scary at all.