Your flag decal won’t get you into Heaven anymore 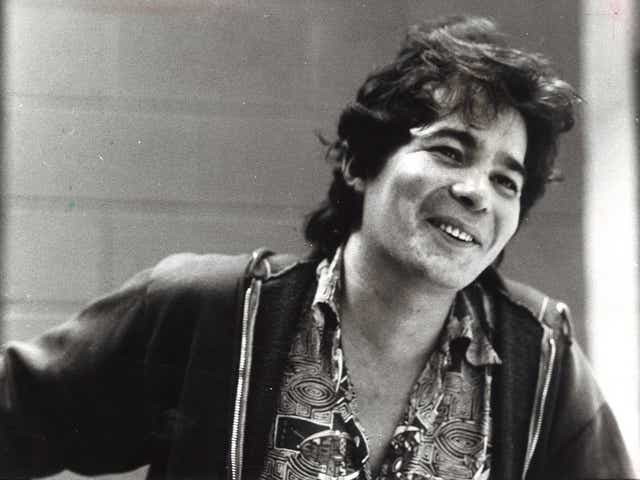 It was Thanksgiving in 1980. It was the first one in my young memory that I would spend away from what had always been home in the coal mining hills of southwest Virginia. We had moved to Indiana three months earlier, and the 13-year-old version of me hated everything about my new life. Everything.

Thank God for the holiday and the visit from my older brother and sisters who made the trip from the Shenandoah Valley eight hours away to the tabletop in the heartland to where my parents had dragged the four younger kids in our gaggle for dad’s new job.

And thank God they brought their guitars. It was the week I was introduced to John Prine.

Forty years later, coupled with the legendary songwriter’s untimely death at the hands of COVID-19 on Tuesday, I still think of that Thanksgiving. I can see it as vividly as this laptop screen. My big family, crowded around that ugly vintage seventies furniture that was in style for about six months five years earlier, playing Prine songs over and over like they were the only ones my 22-year-old brother knew.  Because they were.

Thank God those were the songs he chose to learn with that left-handed guitar that no one else in our family of right-handers wanted to touch. He played “Please Don’t Bury Me,” a hilarious classic discussion of making use of the things we leave behind when we die. “Dear Abby” went along with it, a song I later discovered was inspired by Prine’s experience reading the only English newspaper he could find while in Rome. That there even was a nationally syndicated advice column like “Dear Abby” is funny to me now, and for people my age and older, we remember how popular it was.

But my favorite John Prine song that I also learned that week was “Your Flag Decal Won’t Get You Into Heaven Anymore.” Do you remember flag decals? I sure do. We had one stuck to the back window of the giant purple beast of a station wagon that Mom and Dad would jam their seven kids into for road trips to church. We represented most of the Catholic community in that small Baptist town, so there weren’t any ride sharing options around. We were the only ones headed that way.

Those flag decals were everywhere back then. I didn’t really know why they were so popular, but why wouldn’t they be? We all loved America, didn’t we? I guess so, but in different ways and for different reasons.

It turns out the owners of those little flag stickers of the seventies have much in common with the folks aggressively flying bigger versions of them today. Back then, those stickers were in response to the hippies and protestors running rampant in our culture. As Prine told Rolling Stone, displaying the decal was how folks like my dad said “don’t mess (edited for content) with America.”

It reminds of the MAGA/American flags of today. Except the decal club was more quiet about it, at least my dad was.

Prine wrote the song in 1969 and recorded it in 1971. Vietnam was on America’s mind then. Of course, when I first heard it, I was more concerned about the hostages in Iran. My brother had just finished his four years in the Navy. He spent one entire year of it on a carrier in the Persian Gulf, waiting for the order to attack that ultimately never came.

The chorus of the old song goes like this:

During this time of frightening and profound loss, it might help to remember that no one, Jesus or otherwise, likes “killin'” anymore than anyone else. With or without any flag.

Stephen King tweeted a provocative meme earlier this week that said: “If you think artists are useless, try to spend your quarantine without music, books, poems, movies and paintings.” Imagine.

It was at least a decade after that Thanksgiving before I heard Prine’s recordings of those three songs. I hear the living room versions of them still. No one could write or eloquently own a memory like he has for me.

His early passing is our nation’s tragic loss.