Freedom shouldn’t keep costing this much 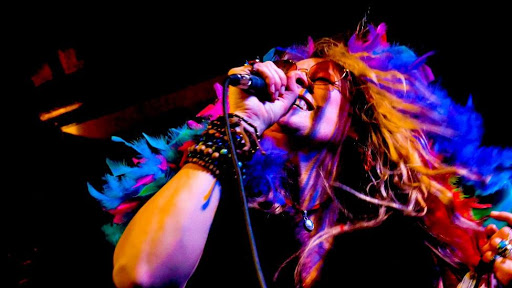 I can’t be sure if people are saying it more or if I’m just hearing it more, but the describing of unfortunate American phenomena as “the price of freedom” is landing on me more than it once did.

“Freedom’s just another word for nothin’ left to lose,” was famously sung by Janis Joplin in “Me and Bobby McGee.” The song goes on with “nothin’, it ain’t nothin’ honey, if it ain’t free.” Yea, I know Kris Kristofferson wrote it, but most of us hear Joplin’s voice on this one. And while I get the sentiment in the song, that sentiment couldn’t be more wrong.

Freedom is expensive. Wildly so.

What is the number one, stated reason given by those who continue to resist getting vaccinated? Personal freedom. That, by the way, was and is the number one reason for resistance to mask-wearing too. Of course, the cost of that freedom is far from free. Without question, this has cost American lives by the thousand, not to mention dollars by the trillion.

This week has been one of the deadlier weeks in the realm of mass shootings, sadly illustrated by Wednesday’s massacre in San Jose, California. Governor Gavin Newsom pointed out the feeling of “sameness” the massacre brings and asks a very simple question that must have a profoundly complex answer. He asked, “What the hell is wrong with us?”

Part of the answer to the governor’s question is that the idolization of the right to bear arms has run amok. Simultaneously in this example, our collective desire to be part of a true community has been racing in the other direction.

Sebastian Junger, the best-selling and award-winning journalist and filmmaker has a new book out that studies the tension between the two. Freedom, according to Google Books, attempts to address the history of how “humans have been driven by the quest for two cherished ideals: community and freedom.”

America just doesn’t work for me when, as a people, we strive for either one without the other.

Junger’s book asks the question, “what does the concept of freedom mean to the average American?” That question apparently brings answers from all over the spectrum. The concept is often connected to self-governance, the ability of a people to choose its course through governing principles achieved through some version of democratic participation. I have worked in and around government for more than half of my life, so I tend to see things through that lens. So, that’s one perspective. There are plenty more.

People touting the virtues of freedom loudest these days are on the political right, of course, and rarely do they speak of community. For example, the uninfringed right to bear arms trumps the nearly 40,000 members of the American community who die each year as a direct result of that freedom. If our national gun policies matched the will of the community, instead of attempting to satisfy those only concerned with personal freedom, gun laws and regulations would certainly change.

The same applies to the community perspective on the pandemic. If, as a people, we were equally concerned with the well-being of the community as we are personal freedom, more of us would have avoided infection and survived COVID-19. In this arena, “freedom” feels like a political ad more than a virtue. I have been a mask-wearer and got my shot as soon as possible, and trust me, I don’t feel like I sacrificed all that much.

Peter Marshall, former chaplain of the U.S. Senate said, “May we think of freedom, not as the right to do as we please, but as the opportunity to do what is right.” That’s how I see it. But from people speaking passionately about it today, that’s not what I hear.

Today’s freedom-loving Americans are as wrong about “what is right” with regard to gun policies as they are about the COVID-19 response. Many who are fighting like hell for the freedom to shoot, ironically are also fighting for the right to not take a shot. Both “freedoms” lack any commitment to community, which is what makes them both so generally unattractive. But specifically, they are both expensive–to all of us. We don’t talk about that enough. Maybe if we did, if it were commonly known what these freedoms actually cost, people would have an easier time giving community a chance.

Gun violence costs America between $230 and $280 billion dollars every year. The pandemic has been priced at $16 trillion. When acting as a community, and not every-person-for-themselves freedom lovers, both would be cheaper. For everyone.