Give me just the facts, not your facts, my facts 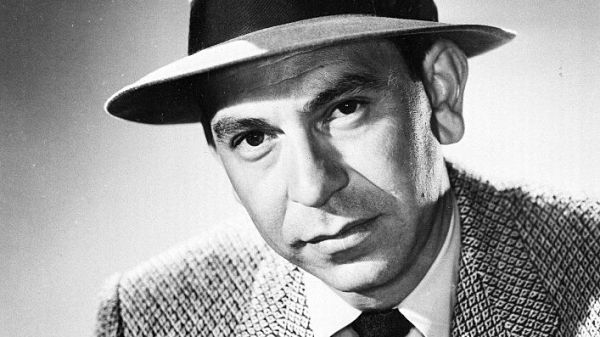 Detective Sergeant Joe Friday was the fictional Los Angeles Police Department character from the classic 40’s, 50’s and 60’s TV and radio show, Dragnet.  Friday was famous for a few quirky things, particularly his interview style.  His trademark was to routinely remind witnesses to the crime of the episode to tell him “just the facts.”

It turns out that for many Americans these days, “facts”  are in dispute.  Culturally, it seems we can’t agree on what the facts are.  As if agreeing on them is the important part.

John LaLoggia published a new survey for the Pew Research Center on August 23 entitled “Republicans and Democrats agree: They can’t agree on basic facts.”  The survey actually has more information than just that, but the question of who is more or less agreeable on what the facts are is a troubling topic for Pew all by itself.

At an alarming yet not entirely surprising rate, many of our biases seem to have led to a disagreement on what the basic facts actually are.

Merriam-Webster.com defines “fact” as “something that has actual existence; a piece of information presented as having objective reality.”

A negotiation among all interested parties leading to a conclusion of that reality is not part of the definition, so who cares if we all agree?  Not agreeing doesn’t change reality.  Right?

That partisanship has grown to the point that disagreements extend to the basic facts should be cause for us to rethink our partisan loyalties.  Members of both parties are almost identically guilty of this. The evidence shows that 86% of the most conservative Republicans, and 81% of the most liberal Democrats disagree with each other on basic facts.  The more moderate groups within each party are about 10% more agreeable, an underwhelming data point.

It’s as if we are evolving into a place where we believe we can choose a reality that suits us.  This is not “bias,” this is delusion.

The Pew study presents some other tendencies that show the tiniest glimmer of optimism in this regard.  Younger people (ages 18-29), for example, are less hampered by this ridiculous situation than older people (65+).  Hispanic Americans, a demographic of growth here, and African Americans are significantly less disagreeable than whites.  Oddly, education level shows very little difference between the most disagreeable and the least.

I would have thought learning would help this sort of nonsense.  My suggestion to LaLoggia for a follow up survey is to find out what the hell our schools are teaching about facts.

Please don’t misunderstand me.  I question information that is presented as fact as much as anyone.  However, my response to that uncertainty is not to disagree with it or argue that it cannot be true, but to attempt to either prove or disprove it by looking for even more facts.  It is very concerning that it appears Americans would rather argue their perspective than to know what actually exists.

I hate the buzz term “data driven.”  But I apparently don’t hate it like hardcore partisans do. To them it seems, “data” is all in the eye of the beholder.

Some might say that this lack of trust is the fault of media and/or politics.  I believe the culprit is more accurately blamed on consumer laziness.  It is just plain lazy to be presented with information that is not immediately convincing, assume it is incorrect based on one’s initial doubt, and then spend the rest of one’s energy arguing its invalidity without looking further for confirmation of reality.  But that is where partisans are.

All of this is engulfing American minds, even at a time when confirming things has never been easier.

In the discussion of “fake news” and the media being the “enemy of the people,” I always try to take a moment to point out the role the American consumer plays in that market.  When 78% of all Republican and Democrat voters cannot agree on basic facts, how can the most accurate, unbiased information presented to them by any or all media outlets be considered completely factual?

I get reader feedback from some who are enraged by my viewpoint most weeks.  I generally engage in conversation about it with these people.  It is amazing how often I discover they adamantly disagree with my facts, even when it has become clear they didn’t even actually read the column, or have any facts of their own.

Sergeant Friday, on behalf of America, your country needs you.  Please, oh please, come back.