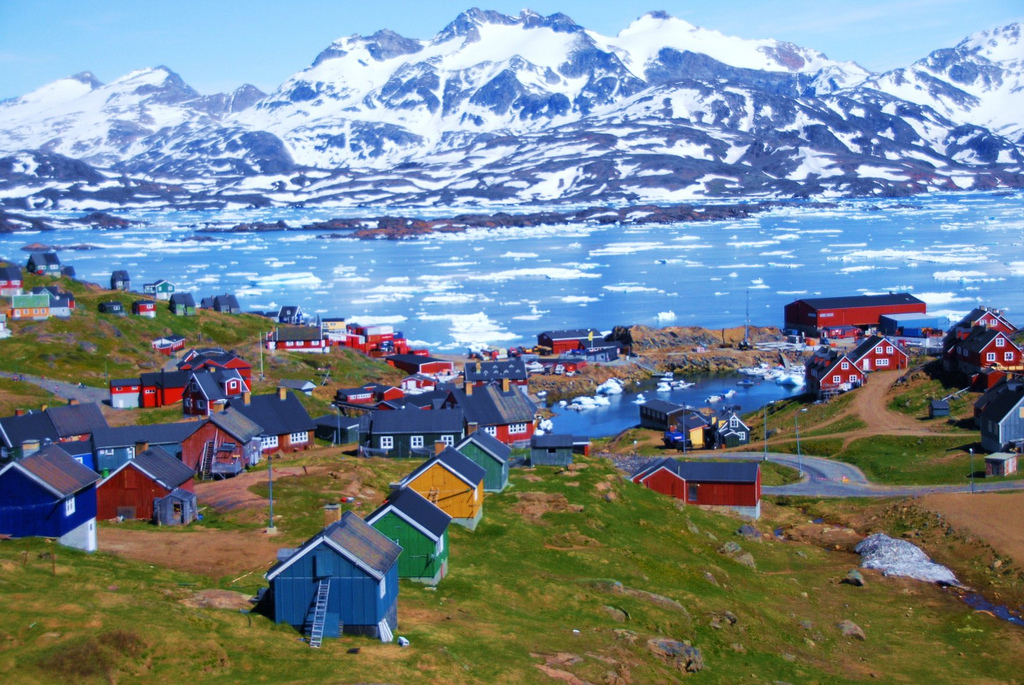 Our president offended the people of Greenland last week by making the suggestion that the United States buy it. The “absurd” suggestion may have been poorly received primarily because the island nation is not for sale.

But there are other and better reasons to see the suggestion as offensive.

At least President Trump didn’t refer to the people of Greenland as Eskimos, which they don’t like one bit. It seems like a mistake he is apt to make, though that may simply be another word with which he is unfamiliar. The native people there are “Inuit,” which is the plural of an “inuk” person. I doubt Trump or Sen. Tom Cotton of Arkansas knew any of that.

Why should Sen. Cotton know? Well, because after President Trump confirmed that he had been discussing the possibility of buying Greenland with his inner circle, and after Denmark Prime Minister Mette Frederiksen killed the idea by labeling it “absurd,” Cotton came to Trump’s rescue by claiming it was an awesome idea.

The senator penned a near hilarious editorial for the New York Times in which he spews the virtue of the purchase idea. He describes the president as “crazy like a fox” for coming up with this bright idea that has been thought of twice before. He then goes on to theorize that if we don’t buy it, China will, which will strategically endanger the U.S. The Arkansan’s description of how the Chinese attempt to build an airport on the island in 2018 was thwarted by “intense lobbying by the Trump administration” is a gloriously exaggerated tale, even by his standards.

All pandering aside, I wish we could just once try to put ourselves in the shoes of others, like the 56,000 people who live in Greenland. If we asked them who they wanted to “own” their island, who would they choose?

Would it be the country who treats one of its territories as disrespectfully as Trump treated Puerto Rico this week?

While Cotton talks about the Denmark subsidization of Greenland, it is important to know that the GDP there was $2.7 billion in 2016, making it an average European country on a per capita scale. It might seem tough to compare the arctic island to the tropical American territory, but on a GDP per capita comparison, Puerto Rico lags Greenland by about 63%.

Let’s also consider what the largely frozen, but increasingly melting island can expect to get from us if things go haywire there. This week, President Trump labeled Puerto Rico “one of the most corrupt places on Earth,” and suggested the people there were not appropriately appreciative of the disaster relief they received following Hurricane Maria in 2017.  Of course, no one believes that Trump’s response to Maria was adequate, except maybe Trump.

It was truly amazing the way our president belittled Puerto Rico with Hurricane Dorian aimed directly at it. It was as if he was telling those 3.4 million American citizens that they should not count on him or us if they were hit again. Thankfully Dorian missed.

As America’s image abroad deteriorates, places like Greenland have diminishing reasons to want any affiliation with us. In a quick and simple response, Prime Minister Frederiksen defended Denmark’s commitment to the island with clarity and certainty. She said “thankfully, the time you buy and sell other countries and populations is over,” labeling the suggestion “absurd.”

Maybe we should have called Frederiksen first. Maybe our diplomatic relationship could have been strong enough to advance mutual interests there. Maybe we could have been just a touch less arrogant. And maybe our president is not “crazy like a fox,” but simply crazy.

“How to piss someone off from Greenland” is a fantastic Matador Network column that is five years old, but I’m confident its lessons still ring true. The people there today are Greenlandic, not Danish. They don’t hunt helpless baby seals, but live responsibly off the wildlife at their disposal. Their language is fascinating and unique.

They have roads and cars, not just dogsleds. The dogsleds they use are specifically powered by Greenlandic Dogs, not huskies, another important distinction.

Most importantly though, it is a nation that is occupied by people. People who matter and are deserving of more respect than we gave them last week.

In the age of “America first,” maybe we should show Greenland our goodness by taking care of Puerto Rico first. When we need Greenland’s strategic assistance in the future, let’s do what friends do and ask politely, first.

Maybe Denmark can show us how.