Gubernatorial candidate Josh Owens: “This is not my first startup.” 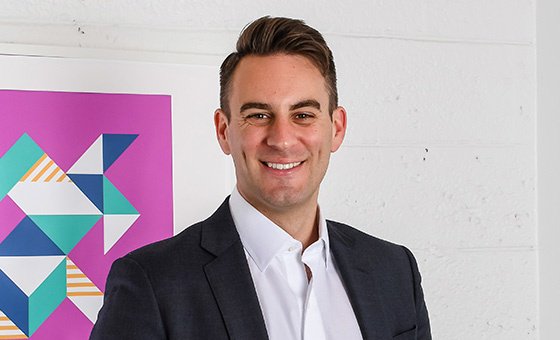 I got lucky on Thursday when Josh Owens took some time to talk with me. Indiana got lucky earlier in the week when he launched his campaign as a Democrat candidate for governor.

It is the first time my 22-year-old son was more excited than I was about a meeting I was having with a political figure. My son was geeked out about Owens before his campaign even started.  Owens serves on the board of the Orr Fellowship, a unique organization designed to attract and keep young talent here, and my son is a new fellow. But that’s just a small part of it.

Owens is the founder and CEO of SupplyKick, a successful tech startup in Indianapolis.  It’s a company that helps retailers grow their businesses through Amazon’s platform. The company is booming and Owens has built himself a bit of a track record on the startup scene, having done stints at Angie’s List and One Click Ventures.

The academic part of his resume is impressive too, highlighted by degrees from Wabash College and the London School of Economics. He has done some teaching too, covering statistics and economics at Butler University.

I think it’s safe to say he’s bright enough for the job.

The top priority and primary reason for Owens’s campaign is to advocate for a new and fresh approach to education policy in Indiana. Underpaid teachers and the most recent rerun of student testing drama known as ILEARN are two reasons to see education as the top issue for anyone. But this will also be the first election since the Superintendent of Public Instruction became an appointed position by the governor, raising the stakes one more notch. I’m glad that is his priority, because that is exactly the main issue that matters in this election.

So, what makes a 34-year-old entrepreneur with very little political experience think he can be governor in a state like Indiana. Multiply his age by two and that descriptive sounds like what Indiana voted for in the presidential election in 2016. Just to be clear, Owens didn’t make that connection, I did.

His status as a married gay man found its way into many of this week’s headlines, and I get it. But I wanted to know more about his husband than the usual outlets reported. I’m glad I asked.

Andy Owens is an opera singer, trained at Indiana University’s coveted Jacobs School of Music, and he had a full season ahead him before the  campaign announcement was made. He will be doing extended stints at operas in Atlanta, Pittsburgh and Houston the remainder of the year. Josh talks about how Indianapolis is good place for Andy to call home base. He talks about his immense talent and the community opportunities he gets in the towns where he performs.

His experience in London exposed him to more of a world view. He shared classes with people from places like the UK, Greece and Afghanistan, countries which all had transformative economic challenges at the time. The experience helped him focus on “a much bigger vision and view of what community really is.”

“Community” sounds like a more broadly inclusive descriptive to Owens. When he refers to “everyone,” he actually means it. He comes from Shelbyville, a conservative town southeast of Indianapolis, and he adds that his family is conservative too. He even spent a year as an economic adviser to former Republican Congressman Luke Messer, a family friend from their shared hometown. Combine all of these things with his other experiences and he becomes a unique stew.

He said “Hoosiers want to have some action. We want to be able to move forward on some items and not keep having the same discussions over and over.” He feels lucky to be able to “launch (his campaign) with a set of priorities that really do matter and point to the future of what we would like to see in Indiana.”

I don’t expect him to be a bomb thrower. His noticeably respectful manner is what Hoosiers should expect from him. Strategically, a newcomer with new ideas on how to connect people might be the only way a Democrat could compete next year. And we should expect plenty of that from Owens too.

Many will ask if he is up to the job. He views this leap into the deep end of the political pool clearly. “It’s very much a startup, and this is not my first startup.”