Gun violence: how should Americans pay for it? 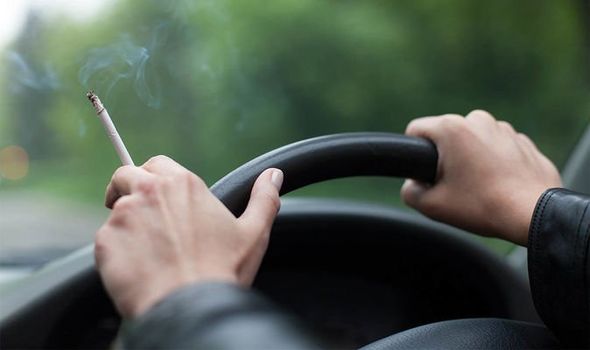 It’s not the cigarette that causes cancer and emphysema, the smoking of it does.

Likewise, it’s not the car that causes drunk driving deaths, the drunk driver does.

During my lifetime, America has responded to both of these public health crises in a variety of ways. I realize 52 years is a long time, but when I was born in the 60’s, 45% of Americans smoked cigarettes. In 2017, that number had shrunk to 14%. And that was not dumb luck.

Do we have a gun violence problem? I would imagine affirmative responses to that question would poll similarly to the support for universal background check policies for gun purchasing–in the nineties.

The policy debate right now in the public spotlight on guns is leaving out what has been the most effective tool in fighting smoking and drunk driving: economics. I agree that we should be talking about background checks, red flag laws and limiting or banning the availability of certain types of guns. But why aren’t we even discussing what gun violence costs us every year and who should pay for it?

This is a mistake.

The National Shooting Sports Foundation (NFFN) in its “Firearms and Ammunition Economic Impact Report of 2019,” shared some impressive data. It found that the industry impacted the national economy by $52 billion last year. A little less than a third of that was spent on wages for 311,000 direct and indirect jobs in the industry. This is their good news.

The NFFN report goes on to tout the $6.8 billion it generates in taxes. This number combines federal and state taxes, and specifically, the federal excise tax on guns and ammunition. That last number generates $653 million a year. It is a tax that was enacted in 1919, but is one we do not talk about much.  Again, we should change that.

In April of 2015, Mother Jones published its data investigation, “The True Cost of Gun Violence,” in collaboration with Dr. Ted Miller of the Pacific Institute for Research and Evaluation. The research gathered data on the obvious direct costs of the problem. Costs related to police, emergency transport, medical, mental health, legal services and adjudication and incarceration were quantified. But it also included indirect costs like work costs to victims and perpetrators, employer costs and loss of quality of life.

It found that gun violence costs us $229 billion annually. That number has likely only risen in the four years that policy makers have ignored its staggering findings. At the time, that number was almost as much as taxpayers spent on Medicaid.  These numbers also do not contextually capture things that have rapidly changed in the last four years either, like the costs of active shooter drills in our schools and other enhanced security measures.

The Las Vegas mass shooting alone has been estimated to cost the people of that city approximately $600 million. Of course, former Attorney General Jeff Sessions did find a way to issue the city a $2 million grant to help offset the costs to the local police there.

There is no way around the math. Those participating in the gun industry in America are not paying their share of what their industry costs.

The gun market only generates about 3% of what it costs all of us. About a third of America lives in a household with a gun in it, which means an extreme majority of us do not participate in the gun market at all.

But we are all paying for the cost of gun violence.

The Foundation for Advancing Alcohol Responsibility reports that since 1982, drunk driving fatalities have decreased by 48%. Did we tax cars or booze in a substantially different way? Not so much. The economic engine for policy change in that arena was more directly tied to road funding. The feds forced the states to get tougher on it. And insurance is now almost unaffordable for those with a drunk driving record.

Economics works. We just have to let it.

Gun manufacturers and their customers can spout off the “shall not be infringed” mantra all they like. The good guys with the guns are stiffing the American taxpayer though.

On August 12, Senator Mike Braun said “I’m a believer that if we want to keep our Second Amendment rights intact, without something more drastic down the road, we’ve got to embrace some common-sense stuff…”

Taxing the “cost causers” of any public expense is about as American as it gets. Maybe that’s where this debate should have started.

If a 100 year old tax does not “infringe,” maybe getting the tax rate right doesn’t either.