How do voters figure out what candidates really mean? 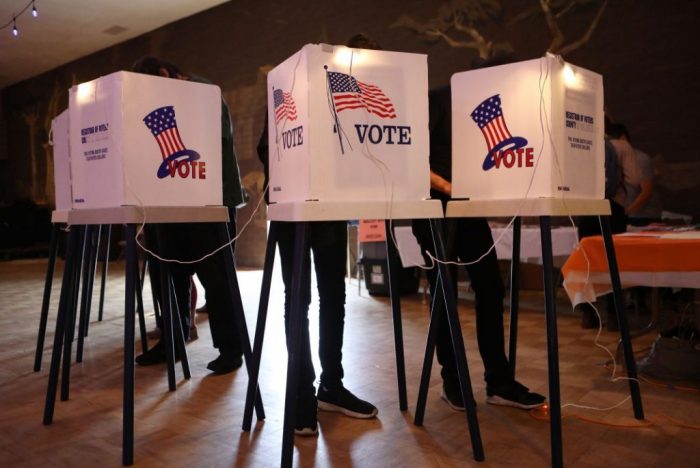 I wonder every election if voters fully understand what candidates are really saying to them during campaigns. Some years, I’m sure voters get it. Lately, it seems to be getting tougher.

A couple of issues this year are making things particularly difficult: inflation and abortion.

When talking about the economy, time is money, so, let me get right to the point:  The American Recovery Plan is not the reason there is global inflation.

I know of zero credible economists who will say it is. Some will say it exacerbated inflation. I wonder if those same experts would agree that the $1 billion refund Indiana Republicans just approved in August did the same thing. I know some who do.

The pandemic is the cause of the inflation that is being felt across the planet, and yes, that includes the United States. So, then why is Indiana’s senior senator, Todd Young, trying to campaign so hard against the Biden-led recovery plan while ignoring his own party’s similar play in the Statehouse?

Young doesn’t believe voters will notice, is my guess. And if I had to guess again, Young is probably right.

This election year, there is a long list of examples across the country of candidates’ strategies presuming voters won’t notice obvious contradictions and reversals. Blake Masters was a hardline supporter of the elimination of abortion rights with no exceptions when seeking the Republican nomination for the U.S. Senate in Arizona. Since winning the primary, and after the notorious abortion ruling this summer, he has scrubbed his campaign website of all of that.

Dr. Mehmet Oz went the other direction in his campaign for the Senate in Pennsylvania. In 2019, Oz publicly stated his support for Roe v. Wade. In 2022, as a candidate, he has slowly evolved from moderately anti-abortion to extreme on this issue as reported in August, by New Yorker Magazine. That’s quite a shift by a medical doctor. The desire for power in the U.S. Senate is apparently too great for his medical philosophy to withstand.

What Young, Masters and Oz share in common is that these are examples of things that make them unreliable. Again, it seems they don’t think voters will notice or care or both.

The trend is so common and predictable these days it is hard to argue against the strategy, at least until after Election Day. In my career, I’ve lost count of how many times I have been in a debate over whether voters will “understand” complicated political, policy or personal nuance during a campaign. These talks almost always feature someone proclaiming: “Voters are smarter than you think!”

In my opinion, any voters who are willing to go along with these examples are not smarter than I happen to think.

At Indiana’s U.S. Senate debate on Sunday night, as reported by Leslie Bonilla Muñiz for the Indiana Capital Chronicle, Young said he agreed with the late, liberal Justice Ruth Bader Ginsburg, who considered Roe v. Wade weak. He went on to say, “I do accept exceptions and I’ll accept whatever the people of Indiana decide.”

How utterly accepting of him.

There’s something in there for every voter to love and hate, support and oppose. Seems like a trick answer to a trick question.

Another good test Young is putting to voters is his retroactive economic outlook. Yes, this is the exercise when a Senate candidate claims that every bad thing that has occurred since their team lost wouldn’t have happened had they won. Muñiz reports that he said, “When the Biden-Harris administration came into office, we (America) were poised for 5% to 6% economic growth — that’s incredibly robust economic growth.”

We were “poised” to recover from the 14.7% unemployment that we had at the peak in 2020 is what he might mean. Actually, America has done quite well in recovering from the last year of GOP control of the White House and the Senate. But admittedly, the current government has failed to become immune from global inflation. There isn’t a plan to address the post-pandemic economy any differently by the GOP. It’s reminiscent of the chants of “Repeal! And replace!” in the way it didn’t feature much on the “replace” side of that elaborate half-policy position.

These are hard sells for those of us who are listening closely. It’s not a question to me whether or not the American voter is able to figure it out. It’s a question of how many of them will pay close enough attention to understand what candidates are saying, meaning and promising. It’s pretty clear they are often not the same things, purposely.