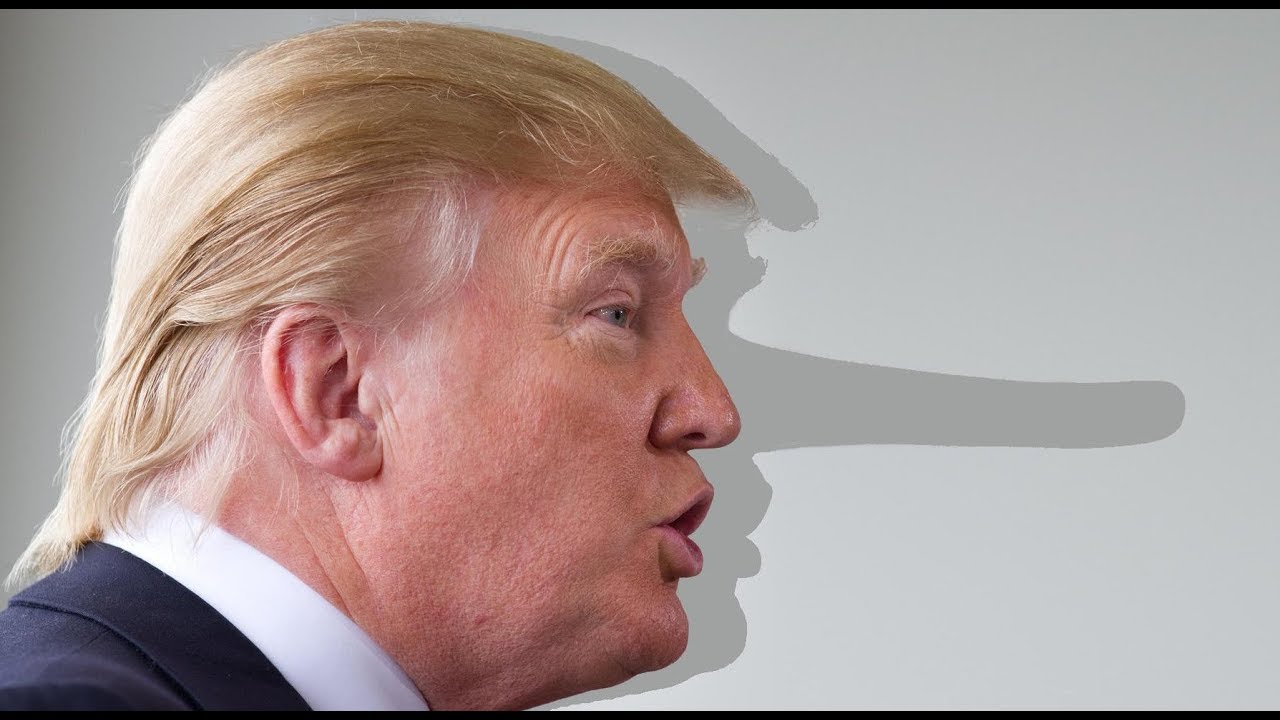 “When I can, I tell the truth,” was a quote given by President Trump on Thursday.

So, Mr. President, when is that exactly?

I can tell you when it’s not.  Campaign season, that’s when. I mean, if I were able to tell the truth.

Sometimes I think he doesn’t know the difference between what is the truth and what is not.  Other times, I am convinced that his lack of command of the English language leads to his inaccuracies.  And then, he goes on a streak like he has the last several days that can only lead the rational person to conclude one thing:

Our president is a liar.

Oh, the irony of this classic, pre-Trump book.

“Democrats oppose any effort to secure our border,” President Trump said on Tuesday.  I know plenty of Democrats.  If I were the president and had to estimate how many Democrats I know, it might be a hundred thousand or two.  Honestly, it probably is closer to a few hundred.  And again, honestly, I haven’t asked all of them the question.  But I have never heard of any one of them say they oppose “any effort to secure our border.”  This is a lie.

On Saturday, the president was taking some heat for not cancelling any of his long list of campaign rallies following the horrific shooting in Pittsburgh.  His response to the criticism was classic Trump.  Right here in Indianapolis at the Future Farmers of America convention is where he said it first.  Then he traveled to Murphysboro, Illinois and repeated it.  In Illinois, he said: “I remember Dick Grasso, a friend of mine, great guy. He headed up the New York Stock Exchange on Sept. 11. And the New York Stock Exchange was open the following day.”  The beauty of this particular lie, was that he not only said it once, he said it twice.

Now, I find it hard to believe that no one on his team had a chance to correct him in between Indy and Murphysboro.  The two towns are 265 miles apart. Even Air Force One doesn’t travel fast enough to keep someone like Sarah Sanders from calling him to correct this particular lie.

He clearly made it up, and clearly didn’t care that guys like me knew he was lying.  Both times.

Daniel Dale, the Washington correspondent for the Toronto Star, has been tirelessly tracking Trump’s lies since the inauguration.  If you are excessively happy and well adjusted and want to join those of us who aren’t, I encourage you to visit his site for a few minutes of excruciating documentation.

If any Trump supporters might possibly still be reading this column, you might ask, so what?  It was the President Trump who first communicated during his 2016 campaign that it is OK for him to lie since “people agree with me.”  If that’s the standard, I can’t think of anything that has changed.

For those who agree with him, they must be scared half to death of the invasion of the caravan organized to our south. You’ve heard of it.  It’s made up of as many as 7,000 people from Honduras and Guatemala who are dangerous enough for Trump to consider deploying as many as 15,000 American troops to drive them back. I wonder what he will do if they appropriately arrive at a point of entry in an orderly fashion.

Lying politicians are not new.  Historically, on the other hand, politicians were good at it.  This guy is not.

I used to work with juvenile delinquents.  There were the worst liars I ever spent time around.  Not only did they do it at a Trump-like pace, they were so unbelievable, it almost became boring to catch them doing it.  Almost that is.

The best lie this week actually turned out to be true.  Regarding the caravan, he said “we have no idea who they are.”  Of course, this turned out to be an accidental confession to all of the prior lies he made on Twitter about them being criminals, MS-13 and middle Easterners (as if that’s something horrifying).

Too bad, Mr. President.  Even the worst liars accidentally tell the truth from time to time.