Imagine if the insurrection had succeeded 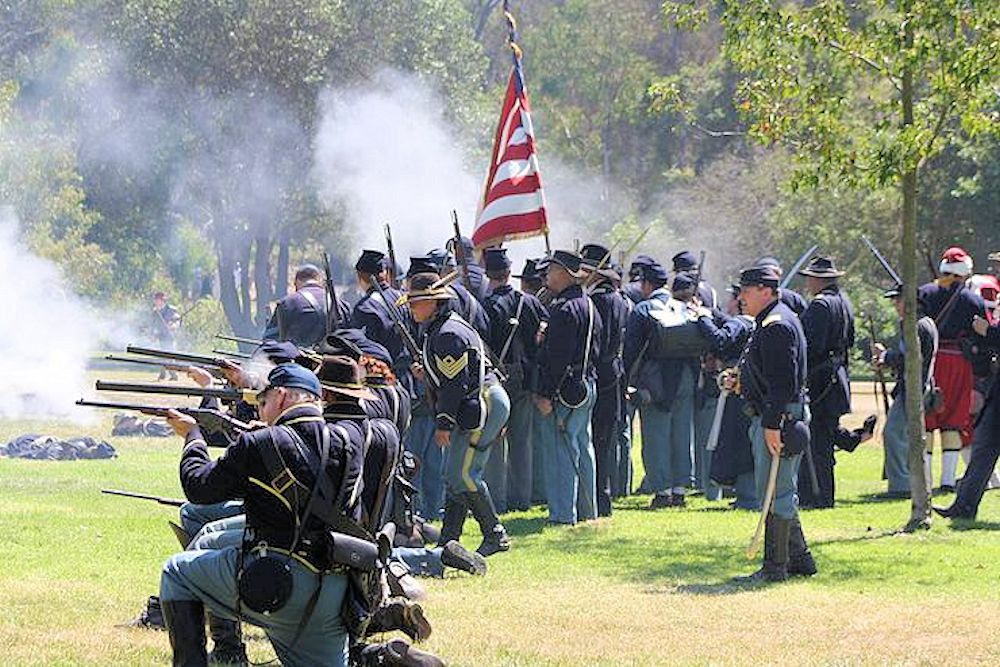 Imagine for a moment that January 6, 2021 had ended differently. The possibilities are infinite.

On Thursday, America looked back in remembrance of one of its darkest days. The business of that day was to certify the presidential election in favor of the clear victor. After the horrifying events of that afternoon, the U.S. Congress reconvened later that evening and completed its business.

What if they hadn’t?

The most likely of outcomes is that the business of certifying the presidential election would have occurred either the next day or soon thereafter. But things could have gotten far more chaotic last January if those in the GOP knew how long their supporters would remain committed to the “big lie.”

Of all of the noise coming out of the mouths of those attempting to obstruct congressional business, one thing I vividly remember toward the end of the chaos is when one rioter exclaimed, “we won the day!” Jacob Chansley, known as the QAnon Shaman, was that man. Since that day, he has been convicted of one felony count of obstruction and is serving a 41-month sentence in prison.

Let’s take the attackers “winning of the day” one step further along their apparent agenda. The chants of “Hang Mike Pence” are memorable and clear in their context. Like many other Americans, I remember exactly where I was standing when the former vice president was evacuated from the Senate. It is no longer far-fetched to imagine the rioters capturing him. Would he have survived?

One rioter, Ashli Babbit, was killed outside of the Speaker’s Lobby by a gunshot from Capitol Police Lt. Michael Byrd. Imagine if Speaker Nancy Pelosi had been in the area shortly after the insurrectionists took control of that corridor, and after one of their own had already died. Would Pelosi have survived?

Several weeks before the insurrection, a friend who had begun believing the big lie asked me what I would do if the former president’s supporters were successful at overturning the “stated” results of the election and blocked Biden from being inaugurated. Without hesitating I said, “I would get in my car and head to Washington for the inevitable conflict.” My younger son was with us, and he simply looked at this friend and said, “yep.”

Not enough of the “big liars” have really played out in a realistic way what tomorrow brings. “Winning the day” doesn’t mean all that much in the kind of battle they decided to fight. Those of us who are outraged by the assault on our democracy that January 6 exemplified have also been hampered by our inability to imagine how this could possibly unfold.

In her new book, “How Civil Wars Start,” Dr. Barbara Walter writes about America’s lack of imagination on this front. Walter is a professor of political science at the University of California, San Diego. She researches the behavior of rebel groups in civil wars, including inter-rebel group fighting, alliances and the strategic use of propaganda and extremism. This “failure of imagination” limits our view of the possible to our own vision of what civil war means in our own history. The stories and images that come from the American Civil War lack modern context, and our exceptionalism limits us further because civil wars only happen someplace else.

Jennifer Szalai reviews the book for the New York Times this week, and discusses several other books too. While Thursday’s memorial services focused on the specific events of a year ago, the objections to that remembrance is a far greater concern.

What civic value is there in defending the people who stormed the capitol, or those who organized and motivated them to do so? The historical gymnastics coming from those defenders is absurd. But more concerning is the lack of imagination that comes with those defenses. The logical end to successfully defending those responsible moves our nation one clear step closer to civil war.

Walter writes: “Today, the Republican Party is behaving like a predatory faction.”

Republicans who spent Thursday whining about the ceremonies, and all of the GOP members of Congress who couldn’t muster the courage to even attend the services for several members of the Capitol Police, should certainly be ashamed of themselves.

More importantly now for the rest of us, is the need to invest more in our collective imagination and become more accustomed to where this all could realistically and devastatingly lead.

Imagine the worst next step in this process. It will help us treat the current absurdities more contextually.