In Season 2, when all else fails, forgiveness can help 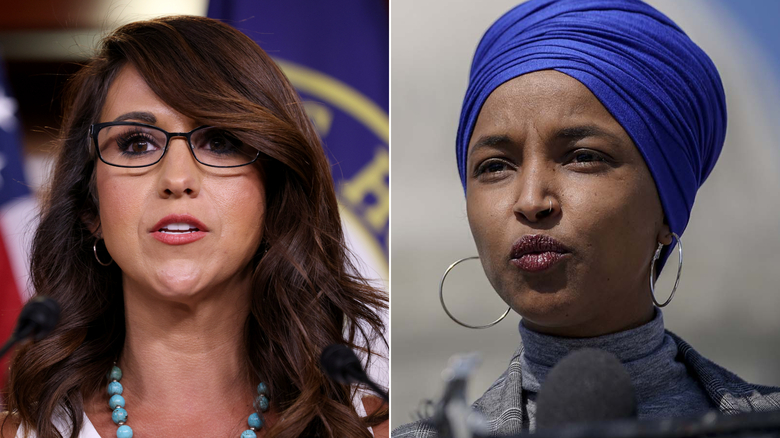 What a year 2021 has turned out to be! I vividly remember feeling that last year was the worst year we have collectively experienced, but in many ways, this year just feels like Season 2 of the same horrifying series.

Objectively, most things are better than they were twelve months ago. But some of the weeds that had so blatantly reared their heads last year have now clearly taken root, and it is time to rethink a sane approach to their eradication. Clipping off the top of a dandelion doesn’t accomplish much. Removing it requires us to dig a little deeper.

Rep. Lauren Boebert, the first term congresswoman from Colorado’s 3rd congressional district has decided now is the time to solidify her place in the House GOP Hall of Shame. The controversy began several days ago when a video surfaced of Rep. Boebert telling a story about an elevator ride she and a staffer took in the U.S. Capitol with Rep. Ilhan Omar of Minnesota earlier this year. It’s a strange, convoluted story that was just a set up to enable Boebert to use one of her favorite offensive remarks to describe Rep. Omar as a member of the “Jihad Squad.”

It’s bigotry. It’s Islamophobic. And it’s not an accident. It is who Boebert is. But she is certainly not just one bad apple.

Boebert issued a half-hearted apology for the comment she proudly made, one designed to incite more heat instead of turning it down. And of course, that is what she got. Calls for her removal from committees have ensued and other staged mini-dramas featuring other committee-less members like Rep. Marjorie Taylor Greene have stolen some media attention this week. What hasn’t yet occurred is any public statement by House Republican Leader Kevin McCarthy condemning the most easily condemn-able behavior of any member of congress.

In Season 2, the hateful rhetoric that has become acceptable in the GOP is not a subtle bug in their collective personality, it is a feature. That feature is exhausting. Fighting about it the way Rep. Omar and her colleagues have this week, while understandable, may no longer be worth the energy.

Boebert, Greene, and recently censured Rep. Paul Gosar have displayed intolerable behavior this year by any reasonable standard in America. Greene and Gosar have been removed from committees, Boebert’s removals will almost certainly follow. Seriously, why should a bigot be allowed to continue to serve on the Subcommittee on Indigenous Peoples of the United States?

I would like to suggest a new strategy. Well, it’s not all that new, except maybe in politics. That strategy is forgiveness.

Dr. Karen Swartz is a psychiatrist and an associate professor at Johns Hopkins Medicine. In a 2014 article, she explains in detail some of the healing qualities of forgiveness and clarifies what it really means. It should not be confused with “absolution.” She says, “If someone’s done something really thoughtless, you think about them differently. You trust them differently. You have a different relationship with them.” But practicing forgiveness allows one to reduce or eliminate the negative impacts that thoughtless or cruel act continues to have on us. That is its true value.

Demanding apologies from those who clearly aren’t sorry is a waste of time in most circumstances. In politics, make that every circumstance. More often, an apology being issued for a staged event like the Boebert video is just a mechanism to prolong the attention the offensive behavior gained in the first place.

When Dr. Beverly Engel talks about the value of apologizing in her Psychology Today article last year, “Why we need to apologize,” she specifically writes about “the importance of apology to social order.” It is something I would ask every politician considering an apology to consider. She writes, “Even today, for many, having someone accept responsibility for wrongdoing and express remorse for the harm he or she caused is far more healing than any punishment the wrongdoer would ever be forced to experience.”

The problem here is that the offensive and racist behaviors coming out of the House GOP this year, while clearly wrong and worthy of true remorse, is not inspiring any of that within those ranks. Even the leader avoids stating any regret at all.

There’s simply not much to work with there.

In Season 2 of the the worst year ever, I recommend a new approach. Do what’s best for us when words like “Jihad Squad” are uttered by little people. Destroy the power those words would otherwise have, and take Dr. Swartz’s advice.

Lauren Boebert, I forgive you.