Indiana has now lost both of its Attorneys General 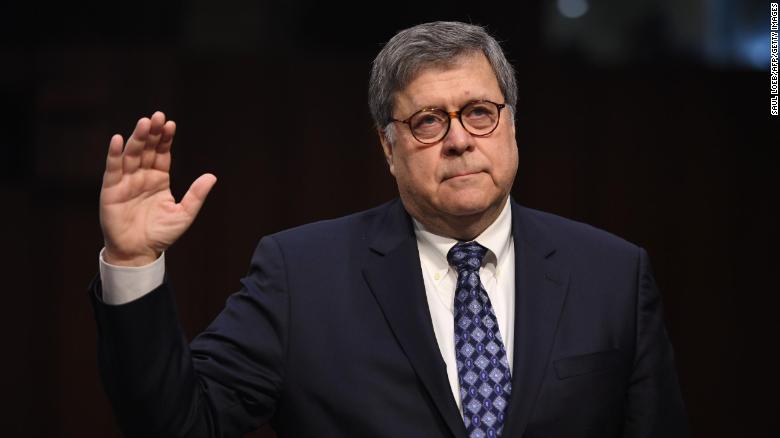 First it was Jeff Sessions’ recusal. Then it was Curtis Hill’s groping. Now it is William Barr’s abdication.

That is a lot of trouble for a group of “generals.” It is a job that should be attracting Eagle Scouts, not partisans. These people should occupy the high ethical ground of those more like Robert Mueller, and less like Brett Kavanaugh.

Oh well, I guess asking for the best and brightest in these roles is just a futile pipe dream these days.

Americans are suffering through the shredding of credibility of the U.S. Attorney General, Bill Barr. Barr was confirmed by the U.S. Senate in February, and by late April, some in Congress were calling for his resignation over his handling of the Mueller Report. Some are even using the “I” word too, which is the edited version of impeachment.

Hoosiers went through this progression last year following the groping allegations against Indiana Attorney General Curtis Hill. When the credible accusations were made against Hill, legislative leaders and Governor Eric Holcomb called for his resignation. Democrats in the General Assembly wanted to impeach Hill.

Whoops! Sorry for the vulgar use of the I-word there.

The Indiana AG no longer has the political clout needed to do his job comprehensively. How could he? There is no relationship there between he and the Governor, and one of his primary responsibilities is to defend the state’s government, laws and policies in court. Governor Holcomb will not likely be calling on Hill to partner with him on any inevitable legal debates that are simply unavoidable in systems like ours.

Because Indiana’s AG is elected, that broken relationship cannot be solved like a personnel matter. It appears that the only way Hill will be leaving office early will be if the Indiana Supreme Court’s Disciplinary Commission suspends his law license. That could happen as a result of a hearing this week. If his license is suspended, he will immediately be unqualified to keep the job, which should result in an unprecedented removal.

Even if he stays, his standing with the rest of state government is so damaged, his value will continue to be minimized.

In Washington, Speaker Nancy Pelosi has accused Bill Barr of lying to Congress. It is pretty clear that he did. It is also clear that Barr’s top priority is to protect the presidency of Donald Trump—a priority that is not the job’s top task.

At the federal level, the attorney general is the top law enforcement officer. The AG is the head of the Department of Justice overseeing many agencies, including the FBI. I doubt that Barr’s rebuilding of the DOJ in his image has taken up much of his time just yet though. How could it have?

During Trump’s twenty-six months in office, twenty of them have occurred with his first AG, Jeff Sessions under fire and partially wounded as a result of his recusal from the Russia investigation. That tenure was followed briefly by an unqualified and accident-prone Matt Whitaker in an Acting AG capacity. Now we have Bill Barr, whose performance and demeanor seem matter-of-fact in their disdain for anything other than spinning and covering up the hard truths surrounding Trump.

Barr admitted before the Senate Judiciary Committee this week that he had not even reviewed the underlying evidence that formed the basis of the Mueller Report. That did not prevent him from proclaiming that the evidence was insufficient to establish an obstruction of justice offense by the president. The next day, he refused to appear before the House Judiciary Committee because he didn’t want to face questions from committee staff attorneys.

Apparently, our AG doesn’t have the courage that Dr. Christine Blasey-Ford did during the Brett Kavanaugh confirmation hearing.

Have you ever wondered what life would be like if Indiana had no state AG, and no U.S. AG either? I never wondered that before either. But since the situation has arisen, I now know that it would be a lot like the way life is today.

America has a void at the top of the DOJ. Indiana has a void too. These jobs matter, and we deserve better.

I hope Curtis Hill loses his law license soon, whether temporarily or permanently. We need someone in that job capable of actually doing the job. We shouldn’t have to wait until January of 2021 for the replacement.

As for Barr, it would seem a Nixonian departure is his only real threat.

Until then, justice for Hoosiers will remain on hold.